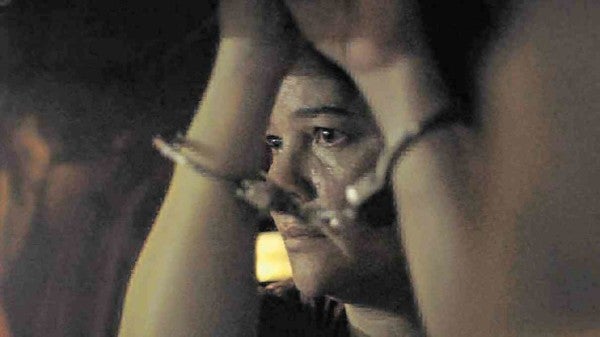 “MA’ ROSA” was such a rewarding viewing experience that it generated “subsidiary” thoughts and views on a wide range of follow-up topics:

First, we were glad that it “reminded” viewers of the acting ability of Mark Anthony Fernandez. He plays the attention-calling role of a corrupt cop, and he performs it with cool relish.

Some viewers may wonder why the son and scion of the Rudy Fernandez would agree to play a “nega” character. But, they should be reminded that Rudy first made it big after he himself portrayed a hoodlum, Baby Ama.

Also worthy of special mention is the “supporting” performance of Felix Roco as one of Ma’ Rosa’s sons, Jackson. If memory serves, Roco (Bembol Roco’s son) usually plays nonmasa characters, but he comes off really scruffy in Brillante Ma. Mendoza’s film, and the change of pace, look and tempo is striking, and pulled off well.

Other standout performances are turned in by Baron Geisler, Mercedes Cabral and Maria Isabel Lopez.

Lopez’s portrayal of a woman Ma’ Rosa abhors is all too brief, but she makes each second count with her “nasty” portrayal that is made even more interesting by the “twist” it’s given:

After dissing Ma’ Rosa on and on to sneering extinction, Lopez’s character takes it all back and—lends her money! What a punch line.

Jaclyn Jose’s daughter, Andi Eigenmann, is also in the film as her real daughter, but our note on her isn’t about the quality of her portrayal.

She does well, like most of the actors in the movie—but, what struck us most about her character was the way that she was not “exploited” by Mendoza.

You would expect that, given the film’s “totally corrupted” scenario, Eigenmann’s character would end up being abused by the nasty cops in the story—as “partial payment” of her mother’s “debt.”

But, no, Mendoza didn’t go that facile, obvious route, and we admired his “unexpected” decision. “Going there” could have given Eigenmann’s performance greater “edge” and “bite,” but we liked the fact that the director made the less exploitative and obvious choice.

Other tangential observations: Some viewers may have found the film “totally bleak” and even downright “black,” but we see a glimmer of hope at the end of “Ma’ Rosa,” when Jose’s character sees a “poor” family of vendors wearily packing up its wares for the night.

Her character has been breaking the law in big ways and small all day and night, but this family has been doing the exact opposite, and the contrast is instructive to her:

They may be much poorer than she and her family, but their sleep is peaceful rather than tormented and harassed by the “wrong” arm of the “law.”

Nothing is said as Jose just looks at them, but the key point is made—and the film’s “antihero” protagonist looks like she’s about to make a life-changing and life-redeeming decision.

The fact that all this is made to happen quietly, both externally and internally, without “captions” and obvious “moral lessons,” makes the beautifully enlightening and “redemptive” moment even more special and moving—not just for the actress and the character, but for all of us.

Japan prepares for state of emergency over coronavirus