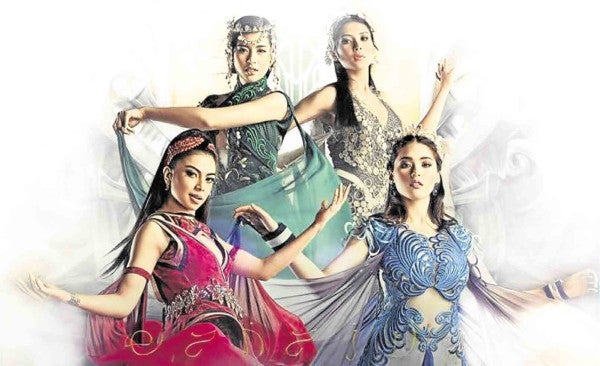 TV fantasy buffs are all agog over the return to the small screen of GMA 7’s “wonder-full” show, “Encantadia,” on July 18.

Some years ago, the “fantaserye” made a name for itself with its lush and epic imaginings of a hidden nether world of magical, supernatural entities, kingdoms and forces that captivated viewers and brought them to an ethereal realm of dreamlike action-melodrama.

So, its long-awaited comeback is deemed to be an event by plugged-in viewers, who hope that this new “book” will turn out to be even more visually “splendiferous” than the original.

It stands to reason that this wish will be fulfilled, because “special  effects” technology has improved in the past decade—so, this year’s “Encantadia” should benefit further from those innovations and improvements.

For our part, however, we hope that the new series will make it a point to offer much more than just fantastic visuals. Yes, they’re a great come-on, but they have the bad habit of calling too much attention to themselves, while the new series’ storytelling is given short shrift.

Even the cast’s portrayals tend to be eclipsed by the special effects and over-the-top costuming—so, careful!

Also hitting our TV screens later this month is “The Greatest Love,” a serial tribute to mothers, with Sylvia Sanchez playing the resident mater dolorosa.

Iconic examples of this sort of six-handkerchief sobfest include the Rosa Mia starrer, “Pitong Kalbaryo ng Isang Ina”—the title alone says it all!

Another memorable film about a mother was Laurice Guillen’s “Tanging Yaman,” with Gloria Romero turning in a luminous portrayal that film buffs still celebrate to this day. Will “The Greatest Love” measure up to the achievement of these and other iconic productions?

It’s a make-or-break test for Sanchez, who has proficiently played character roles for much of her career. Given this stellar showcase and challenge, she can’t afford to fall short of the motherly mark.

One of the more promising “stars of tomorrow” to emerge from last year’s season’s “Pinoy Big Brother” reality star-discovery tilt was Bailey May, whose natural projection, boy-next-door looks and “developing” performing skills enabled him to stand out from the madding tween and teen crowd.

The good news is that, after “PBB,” Bailey has continued to purposefully get his act together, especially as a singer. He’s also been made part of a really young love team (with Ylona Garcia).

Unlike other young comers who try to get by on pa-cute antics and fiercely playing to the peanut gallery, Bailey keeps working hard to improve his performing skills.

On “We Love OPM,” he paces his team’s “triangulated” musical numbers with his pivotal projection.

Make no mistake, he’s as cute as all get-out, but he “gives” much more than that. There’s a hearty mix of sensitive interpretation, “selling” the number and a whole lot of fun that comes through, and makes the audience’s viewing and listening day.

Some of his rivals come up short, because they’re too focused on self-consciously looking and sounding good, and thus register awkwardly, nervously and artificially.

They’re so out of it that we end up appreciating Bailey even more, and hope that his home studio sees his unique promise and treats him as more than just one of its veritable platoon of eager-beaver starlets.

Some of them may no longer be spanking-new and may have already tried to make it big, but have fallen short of the definitive stellar mark.

Still, we feel that they deserve another trot around the show biz park, and a big, follow-up boost, so they can really come into their own as certified “stars of tomorrow”—today.

TAGS: “Encantadia”, Bailey May, The Greatest Love, We Love OPM