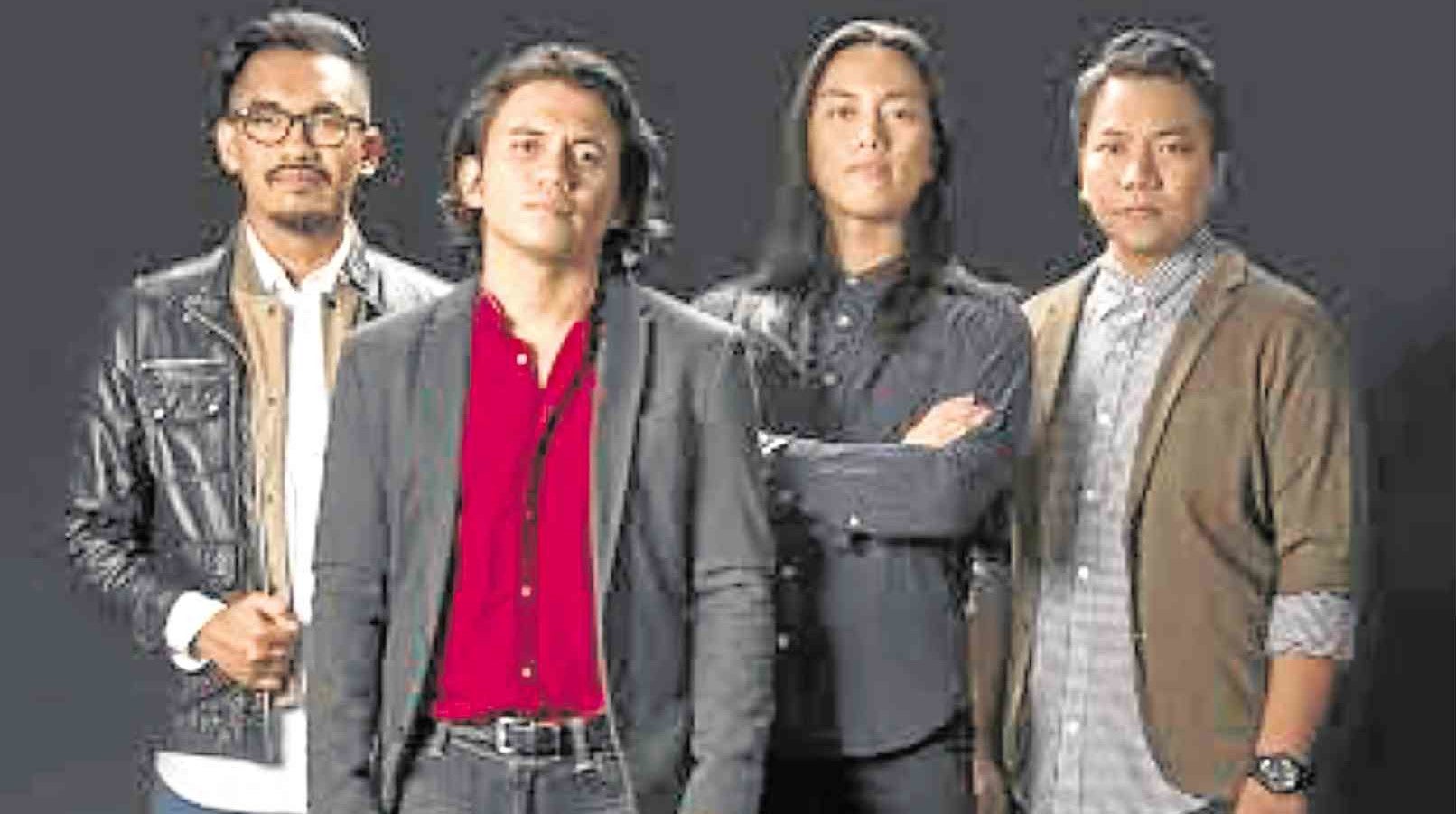 Sponge Cola’s Yael Yuzon is not one to measure success by numbers: Not by record sales, not by chart positions, and most definitely not by earnings. Rather—as clichéd as it may sound, he said—it really is creating music that makes the band and its followers happy. Everything else is a bonus.

“All we ever wanted to do was play and share our stories with the fans who have kept us afloat all these years. If we can do that, all is well,” Yael told the Inquirer in a recent interview.

And because the local pop-rock group isn’t bound by restricting parameters, Yael and his mates, guitarist Erwin Armovit (lead guitar), Gosh Dilay (bass) and Ted Mark Cruz (drums), are able to let their creativity run free when it comes to writing songs.

For instance, instead of releasing a conventional album for its sixth release, Sponge Cola has decided to come up with two extended plays (EP) that underscore the contrast in themes of the material the band wrote in the past three years.

“Sinag,” whose carrier single “Pag-ibig” was used as theme song of the GMA 7 drama anthology, “Dangwa,” contains feel-good tunes. “Tala,” on the other hand, is the “yin” to the former’s “yang,” filled with melancholic slow-burners such as “Coda”—a classic heartbreak rock-ballad.

Taken as a single unit, the EPs are aptly called “Sinag Tala,” which is set for release this month. “When we looked at the list of tracks, there was an even split between the upbeat and the sad. Thus, doing mini-albums felt the natural thing to do,” said Erwin, who is fondly called Armo.

“Sinag” being suited for daytime listening and “Tala,” for evening, is another way of looking at it, Armo added. “One perks you up; the other, for reminiscing and introspection,” he said. “It is as if we are curating a playlist for the listeners.”

The fact that the songs were crafted over a long period of time, likewise played a big part. “For ‘Sinag Tala,’ we had the luxury of working at a relaxed pace,” Armo said. “We had breathers to reset, refresh our minds. So, every time we resume the creative process, there’s always something new.”

If one were to put “Sinag Tala’s” 10 songs under a blanket, it would still be that of pop-rock—at least in terms of form. But upon closer scrutiny, the sundry musical styles the band infused into the EPs become more discernible. “We felt that we pushed the envelope, songwriting-wise, this time,” Yael said. “Some songs have a touch of jazz or a ’70s vibe. Some are more digital-sounding.”

Sponge Cola—which is behind such jams as “KLSP,” “Jeepney,” “Gemini,” “Bitiw” and “Tambay”—doesn’t write songs with scoring a hit tune in mind. “We do not go over our work thinking, ‘Oh, this would make a good lead single,’” Yael said. “We just let it flow and stick to what we feel is true.”