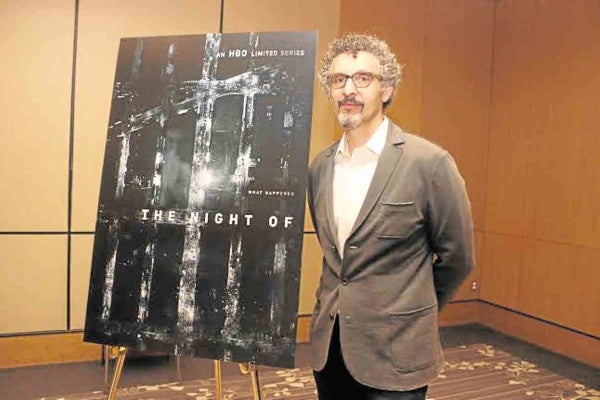 LOS ANGELES—James Gandolfini had the role until he died suddenly. Robert De Niro stepped in to assume the role, but a scheduling conflict forced him to back out. Finally, John Turturro took on the Jack Stone character in “The Night Of,” a miniseries which HBO will premiere in the United States on July 10.

But initially, even John wasn’t a lock for the role because he had reservations about taking over the part—James was his dear friend.

In our recent chat with the actor-director at the Conrad Hotel New York, he talked about finally agreeing to play Jack, a downtrodden, ambulance-chasing lawyer who represents Naz Khan (Riz Ahmed), a man who spent a night of partying with a female stranger and wakes up to find her fatally stabbed. Naz is charged with the murder.

In addition to the sterling acting credentials of John, who was a favorite of Spike Lee and the Coen brothers early on in his career, “The Night Of” has good pedigree in its directors, Oscar winners Steve Zaillian and James Marsh, and writer, Oscar nominee Richard Price.

John, whose 70-plus credits include “O Brother, Where Art Thou,” “The Big Lebowski,” “Quiz Show” and “Do the Right Thing,” also talked about his friendship with Woody Allen. They share a Midtown New York barber, who told Woody that John wanted the film icon in a movie he was going to direct, “Fading Gigolo.”

Thanks to haircutter Anthony Silvestri, Woody acted again for the first time—as a pimp to John’s gigolo—in “Fading.”

James Gandolfini was set to star in this miniseries, but he died suddenly. He was also going to executive produce.

First of all, James was a very good friend of mine. I directed him in one of my movies, “Romance & Cigarettes.” I knew him since the ’90s, before he did “The Sopranos.” We went to his wedding and the funerals of both of our parents, so I knew him quite well.

When they first asked me, I was like, “I don’t know if I could.” Then I said, “Let me read it.” I started reading the scripts, and I thought, ‘This is really good.’ I said, “I’ll watch the pilot.” It was very long, and it still needed to be cut. I kept watching the pilot—when does James come in?

Then he came—he only had one tiny scene. I saw him and he left, so he barely did anything.  Then, I read all of the scripts, and I saw how good they were. Those weren’t all written at the time (of James’ death).

It was basically a blank canvas, but because James was my friend and I loved the guy, it was a little strange. I wrote to his wife. But his manager talked to me. He said, “We want you to do it.”

Steve (Zaillian) and I almost worked together on “Searching for Bobby Fischer,” his first film (as a director). He asked me to be in it, but I couldn’t do it.

I did a lot of research on my own (for “The Night Of”). The only thing with James that I thought about was, he hated makeup. So I don’t know if he would have gone through all that makeup. And the guy who did my makeup used to work on “The Sopranos.”

But truthfully, he (James) was more like my rabbit in the pocket. I wanted to do a good job for myself, Steve and Richard. 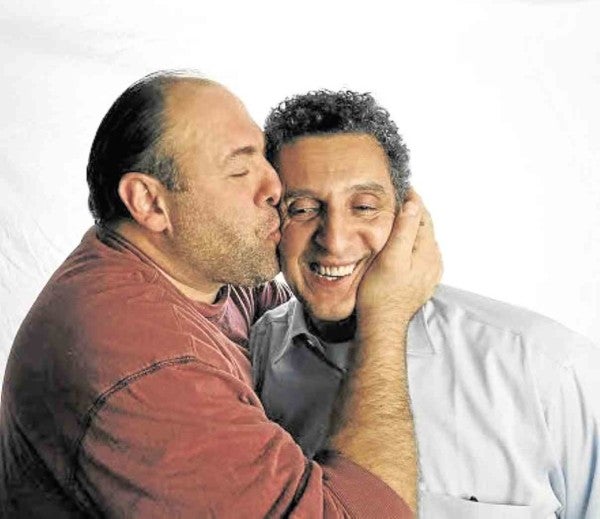 The show is very cinematic. How long did it take to shoot it?

What makes it a TV show?

It’s much more than its length. It’s much more like a novel. It’s novelistic in its approach, which is always an advantage. It’s hard to make longer, three-hour movies. BBC has been doing it for years.

It’s a great form but definitely, Steve and Richard’s template were those ’70s movies, especially by Sidney Lumet.

I watched a lot of those movies. I thought the guy (Jack Stone) is like a throwback to that time. It’s a character-driven piece like “Prince of the City.”

Steve was indefatigable as far as there wasn’t anything that bored him (laughs) … to the point that he drove a lot of people to distraction, because he was so interested in everything. How much he cared about it is what you see.

A very strange thing is, one night, we were doing a scene. Sometimes, I like to put on music for myself, and it was a silent scene. I said to Steve, “Do you mind if I put something on, because I’m just looking at myself and getting dressed?” He said, “No.” I said, “You could take it out.”

I put on a song, “Nina” by Carmela, that I had used in “Passione.” Everyone in the crew was like, wow, this is a great song. Steve became obsessed with the song, and he actually started using a lot of Italian singers for the scenes in Jack Stone’s apartment.

Steve got interested in it right away. Every little thing in a piece like this counts. You miss that in the cinema. It’s very adult in that way.

Did you know Woody Allen when you cast him in “Fading Gigolo,” which you directed and also starred in?

I knew Woody. Yes, I did a little part with him before. It was our haircutter who put us together (laughs). I got to know him very well for two years. Then, I did a play with him … and I wrote for him. I had to withstand his merciless criticism for two years (laughs).

But I got to know him very well. So, by the time we did the movie, it was after a couple of years. It was like our relationship (in the film), but under imaginary circumstances.

I really enjoyed acting with him. I was very impressed, I have to say. He’s pretty good.

Do you and Woody live in the same neighborhood since you have the same haircutter?