Breaking up is not that hard to do 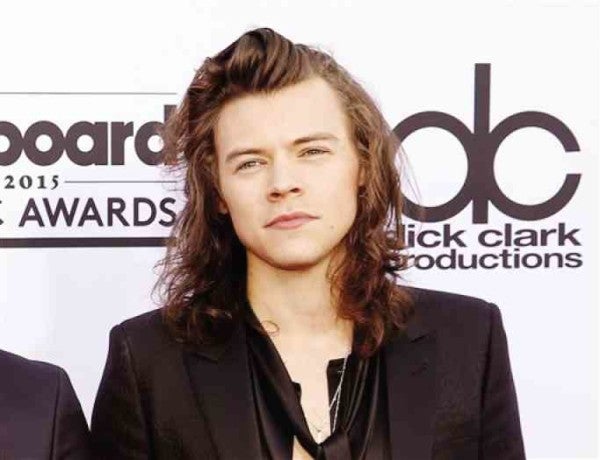 HARRY Styles of One Direction

Reports about Harry Styles’ “pending” decision to leave One Direction and go solo have shocked some of the boy group’s fans, who are still reeling from the departure last year of Zayn Malik.

Is Styles’ own reported “Direxit” a follow-up sign that the fave group’s days are numbered?

That might shock young music fans, but veteran biz observers shrug: So, what else is old?

Looking back on other groups and bands’ “career arcs” in the past, many of them have split up, some of them even at the height of their popularity—so, breaking up is not that hard to do!

What makes it a generally “logical” and inevitable conclusion is the fact that groupmates have to share one talent fee per performance, divided up for each member, minus other expenses like musicians, production costs, etc.

On the other hand, solo artists get it all, hence the decided appeal of going at it alone.

In addition, solo stars tend to rise higher and faster, and get to have more “say” when it comes to song selection and performance and interpretation styles.

These considerations and persuasions factored into the even more shocking decision made by the Beatles decades ago to stop recording together and launch their solo careers.

They’ve been offered a lot of money to do a concert again, with stand-ins for missing members, but surviving groupmates Paul McCartney and Ringo Starr have consistently begged off. And, who can blame them? They’ve been doing very well on their own!

The Destiny’s Child group tells a different story: After Beyoncé Knowles broke away, she became the show biz “queen” she is today, but her former groupmates have had less luck and pluck in whipping up stellar careers for themselves.

Given this glaring disparity in outcomes, perhaps they can’t be blamed for feeling that she—left them in the lurch?

Other groups have been more creative in the ways they’ve handled individual exits that have threatened to sunder their “brand.”

For instance, when the popular Journey band lost its lead singer, Steve Perry, he was replaced after a long YouTube search by our very own Arnel Pineda!

The good news is that Arnel’s inclusion has given the group a new lease on performing life.

Journey’s first album with Pineda, “Revelation,” stayed in the Top 20 for six weeks—and ended up being certified platinum. So, with astute replacement gambits from time to time, even old groups and bands don’t have to break apart.

Perhaps the most practical way to handle a group is to presume that, when some of its members become popular, they will eventually want out and go solo.

So, this great possibility could already be “factored into” the group’s progression, with temporary membership as a general rule of thumb and expectation.

A good example of this is the way that the tween and teen group, Menudo, was created and developed: Its original members were serially replaced by younger comers when they reached a certain age limit.

It was all previously agreed upon, so it was easier to “take”—on both sides!