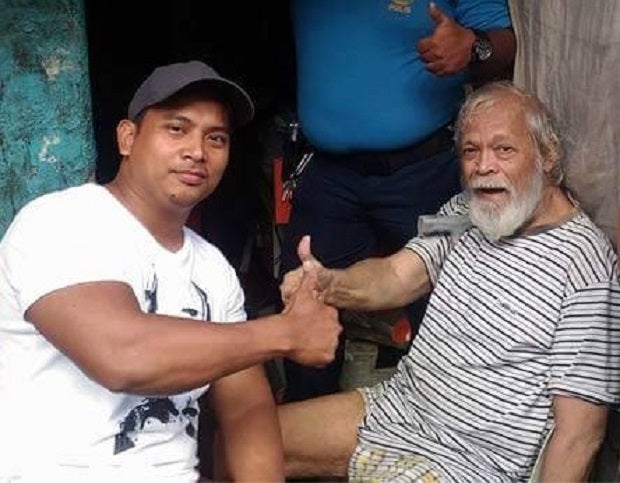 Actor Dick Israel (right) manages a thumbs up with a friend outside his temporary home in Caloocan City. SCREENGRAB FROM IKWENTO MO KAY DELIO FACEBOOK PAGE

Photos of an unrecognizable Dick Israel are making the rounds on Facebook after his house was razed by fire.

In the photos, he had a white beard and looked frail and much older.

According to the Philippine Entertainment Portal, the 57-year-old actor, known for his villain roles, appeared in more than 200 movies and 22 television shows.

He suffered a stroke in 2010, leaving half of his body paralyzed and his speech slurred.

Israel won Best Supporting Actor in 1988 for “Patrolman” in the Metro Manila Film Festival and again in 1994 for “Kanto Boy: Anak ni Totoy Guwapo” during the FAMAS Awards.