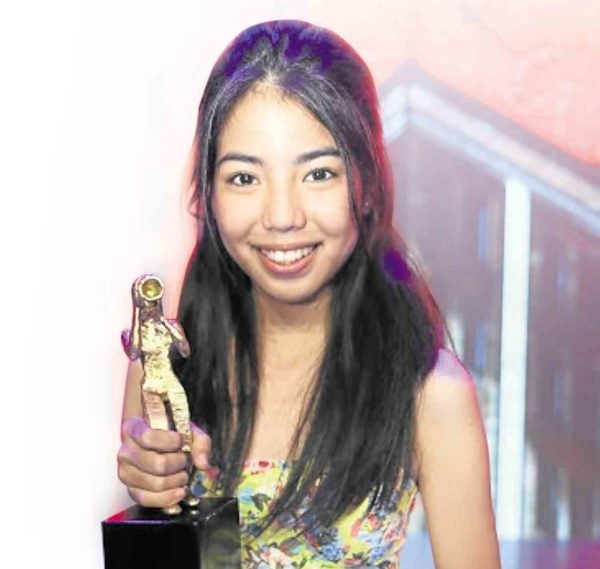 Therese Malvar won the Silver St. George Award for best actress at the 38th Moscow International Film Festival for her searing portrayal of a street urchin pushed to murder her oppressors in Ralston Jover’s “Hamog.”

Jover told the Inquirer that he is “extremely proud” of his young actress’ latest achievement.

Jover graced the Russian fest where the Filipino film was met with glowing reviews from cineastes. “They compared it to award-winning films from Europe. They were really interested in the plight of street children.”

Malvar was not able to attend the Russian festival because she was on her way to the United States, to accept Screen International’s Rising Star Award at the New York Asian Film Festival.

A GMA 7 talent, Malvar expressed elation upon hearing the good news: “Wow!” She then shared her triumph with the rest of the “Hamog” team and thanked her director for the opportunity.

Malvar is the fourth, and youngest at 15 years old, performer to win best actress in an A-list film festival—after Nora Aunor for “The Flor Contemplacion Story” in Cairo (1995), Eugene Domingo for “Barber’s Tales” in Tokyo (2013) and Jaclyn Jose for “Ma’ Rosa” in Cannes (2016).