The country’s number one mobile brand, Globe Telecom, is changing the landscape of Philippine entertainment with the creation of Globe Studios and Globe Live which are designed to produce original shows, live events, and engaging world-class content that are fit for today’s discerning customers.

At the same time, Globe reveals the line-up of its new international content partners and improved broadband plans for a complete and immersive entertainment lifestyle. Nowadays, dramas and movies are no longer confined to television and cinema as they can already be shared through social media via mobile phones. Globe Studios recognizes this and thus, brings the next generation of entertainment to mobile with original video productions from top film directors such as Erik Matti, Paul Soriano, Quark Henares, Dan Villegas, Sigrid Bernardo, Joyce Bernal, and Lav Diaz. Globe Studios is backed by local and Asian media houses such as Viva Films, Reality Entertainment, Quantum Films, Spring Films and Astro of Malaysia.

“Consumption of mobile entertainment has grown exponentially over the past years. Today, customers no longer wait for their favorite shows on their TV screens. Instead, they dictate what they want to watch when and where they want to. With Globe Studios, we will now produce our own clips, series and even movies. Backed up with the biggest director partners and entertainment companies in the industry, we are set to show what customers want today,” said Albert de Larrazabal, Globe Chief Commercial Officer.

On the other hand, due to the rising clamor towards personalization, another challenge is how to deliver the most engaging and creative events that will satisfy customers. Globe Live responds to this demand by leveraging on Globe Telecom’s wide experience in the live events industry to elevate production quality and at the same time, tap the wide distribution coverage of Globe to promote and assemble events that are of international size and quality.

“The caliber of events will forever change with Globe Live. We can now produce shows and events that are world-class, unique to customers and more accessible. Our years of experience in the industry added with our edge as a telco company will bring perfect partnerships to bring wonderful events to our customers,” said Joe Caliro, head of Globe Live and Globe Retail and Transformation Management.

Globe Live’s first foray in the theatrical scene is the staging of Green Day’s American Idiot, a Philippine production of the hit Broadway musical. Produced together with 9 Works Theatrical, American Idiot will be held at the new Globe Iconic Store in Bonifacio High Street Amphitheater in Bonifacio Global City, Taguig which features two massive Times Square-like LED walls in a unique outdoor setup to accommodate thousands of people. American Idiot is composed of a star-studded talent roster headlined by Basti Artadi of Wolfgang, Miggy Chavez of Chicosci, former Rivermaya vocalists Jason Fernandez and Norby David, and veteran thespian Nel Gomez. The show is set to run from June 24 until July 10, 2016. 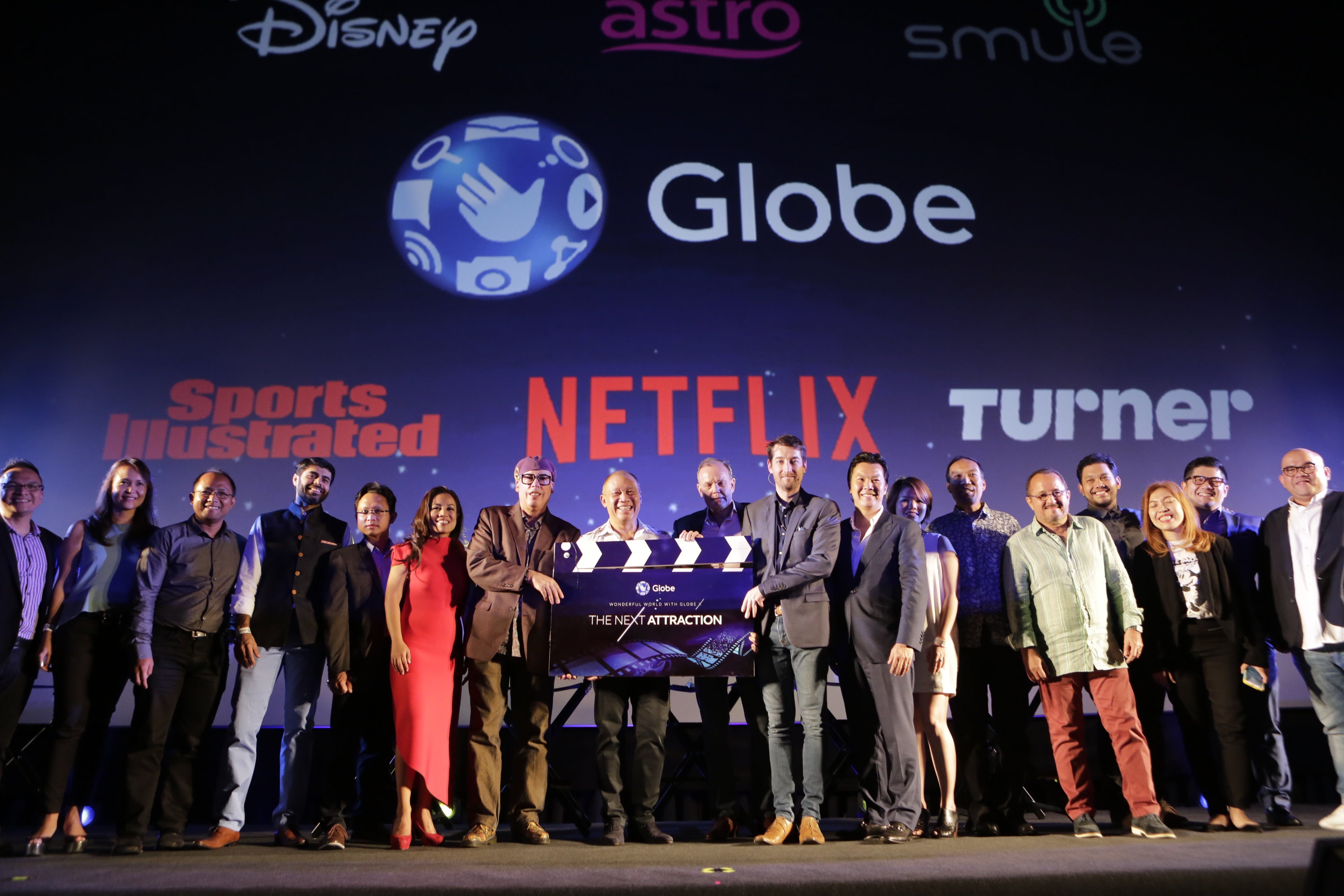 On top of original productions, Globe continues to tie up with international entertainment companies to add to its existing content providers such as Spotify, HOOQ and NBA. 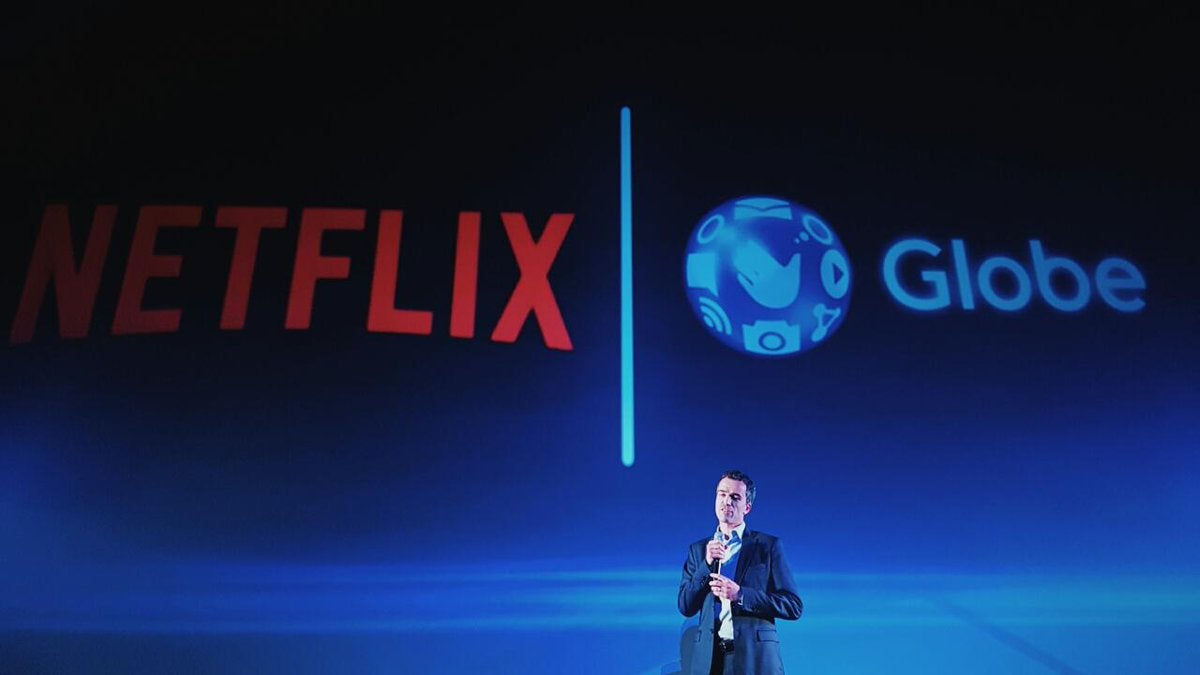 “Globe is the right partner for us in the Philippines.” – shared by Tony Zameczkowski Netflix VP for Business Development in Asia about the new partnership with Globe, during the recent “Wonderful with Globe X : The Next Attraction” where the company announced its partnership with the world’s leading content providers.

Globe is proud to announce that it is the first mobile and broadband Philippine partner of the foremost video streaming service Netflix which boasts of over 81 million members in over 190 countries who are enjoying more than 125 million hours of TV shows and movies per day, including original series, documentaries and feature films. Members can watch as much as they want, anytime, anywhere, on nearly any internet-connected screen. Netflix will be available to Globe customers via their mobile or broadband service.

With the recent launch of Disney Mobile, Disney and Globe complete the entertainment experience with the launch of the Disney Channel Apps – Disney Channel, Disney XD, and Disney Junior. The number 1 TV network for kids and families in the Philippines is now available for as a video streaming service that offers more than 100 video-on-demand (VOD) full episodes and live streaming of Disney Channels. Designed specifically for kids to watch their favorite Disney entertainment anytime and anywhere, the Disney Channels Apps will provide hours of fun in a safe and kid-friendly digital environment that will immerse viewers in Disney’s magical world of storytelling and characters.

The world of sports is also enhanced with the Sports Illustrated App, featuring the latest in-depth exclusive news coverage, and live American sports programming of basketball, the NFL, NHL, ESports and much more. Additional content from SI sites FanSided and SI Kids targets millennials and younger mobile demographics. As one of the most established and respected sports media brands in the world, Sports Illustrated TV channels reach an estimated 29 million homes across 12 Asian markets .

Soon, Malaysian media powerhouse Astro will also give Filipino gaming fans access to eGG Network or Every Good Game, Southeast Asia’s first dedicated 24/7 e-Sports network. E-Sports fans will be able to watch tournaments like League of Legends, Dota 2, Counter Strike: Global Offensive, and many more via Globe. Globe and Astro are working on more exciting surprises to give gaming fans a wonderful experience.

Dialing up the fun for Globe customers is Cartoon Network, this year’s current number 5 channel across all genres in the Philippines. Apps created by the Turner-owned brand will soon be available including an upgraded and authenticated version of Cartoon Network Watch and Play and Cartoon Network Anything. They both host a stack of engaging content from well-loved cartoons such as Adventure Time, The Amazing World of Gumball, Ben 10, The Powerpuff Girls, and We Bare Bears. For the first time in PH, a live stream of the channel will be exclusively available to a non-TV audience. The apps also offer a selection of awesome video clips and interactive games and activities to keep the whole family entertained.

Moreover, the popular singing app Sing! by Smule, brings the love of Pinoys for Karaoke with more than 500,000 songs to choose from. It also allows users to record a video duet with their favorite artists like Jessie J and Jason Derulo and share it with a global audience.

“Our new roster of content partners will bring out the best of Philippine digital lifestyle. We are providing world-class entertainment apps right at their fingertips to enjoy anytime and anywhere. This will change once again how Filipinos will be entertained using their mobile and at-home broadband devices,” said Dan Horan, Globe Senior Advisor for Consumer Business.

Globe Broadband now brings customizable plans where families can create their own packages to bring Wonderful into their homes: a) POWER-UP with internet speeds and data allowance options; b) ENJOY their internet through exclusive devices and access to the world’s greatest movies, TV shows, concerts, games & songs; c) and EXTEND the fun with boosters that further improve the overall experience in the home.

“Further to our commitment to provide ultra-fast internet in 2M households over 20,000 barangays in 2020, we are transforming the way Broadband is enjoyed in the Filipino home. More than just delivering connectivity, we are giving customers more compelling reasons to enjoy their internet at home,” said Martha Sazon, Globe Senior Vice President for Broadband Business.

“Today, we are launching pre-bundled packages which we believe will be popular to many customers, and they can mix and match from there. This makes the selection process not only easy, but enjoyable for the Filipino family. With our new plans, our customers will be in full control, much better than any offering in the market today.”

Globe Broadband has also collaborated with leading technology and device partners to complete the package: Samsung and TCL for smart HD TVs; Bose (speakers) and Harman Kardon (headphones); Google Chromecast (streaming device) and Sony Playstation (gaming console); and Airties (WiFi mesh), Belkin and Giraffe (security cameras). All these, for an affordable additional fee on top of the monthly bill, over 24 months.

Sazon adds, “In Globe, we don’t just sell plans, but deliver a complete experience. We want to help families discover more wonders in their homes by being able to watch exclusive movies, TV shows and enjoy concert-like experiences; listen to millions of songs and play games for endless hours, as they want. That’s why we only partner with the world’s best in content – Disney, Spotify, NBA and now, Netflix. I am excited that Globe Broadband is now poised to transform the market landscape with this great value proposition. Change is definitely on its way.”

With all these, Globe welcomes the Filipino family to come Home to Wonderful.