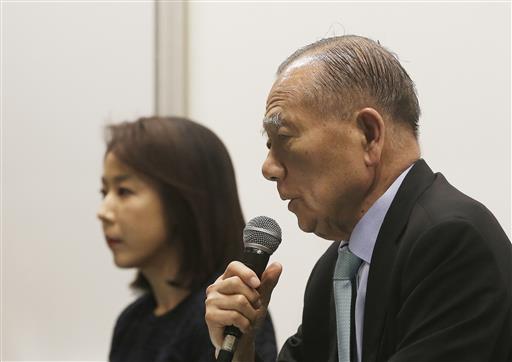 SEOUL, South Korea — The new chairman of Asia’s largest film festival expressed confidence on Thursday it will go on as planned this fall, despite threats of a boycott from filmmakers angry over what they view as a government assault on the event’s independence.

Kim Dong-ho, who last month was appointed chairman of the Busan International Film Festival’s organizing committee, said at a press conference that he is upbeat the festival will soon complete measures to guarantee artistic freedom.

The dispute between the festival and the Busan city government started in 2014 over the screening of a documentary that criticized the government’s response to a ferry disaster that killed more than 300 people earlier that year.

Last year, the festival’s budget from the central government was slashed by nearly half. The fete closed with record-high visitors but following the event, its officials, including two of the co-founders, were investigated and then charged for misuse or undocumented use of the festival’s fund. The two co-founders stepped down from their executive roles as the trials are underway.

Local filmmakers’ associations have said they will boycott the Oct. 6-15 event, triggering worries that no South Korean films will be screened there.

Kim, 79, was the festival’s founding director, and his appointment was seen as a sign the event would return to normal. He succeeded Suh Byung-soo, the Busan city mayor who had pressured the festival to cancel the documentary screening. Still, filmmakers have yet to call off the boycott.

Kim said the filmmakers will return to Busan once the two sides ensure that sponsors or the government cannot meddle in programming and movie selections. Even Kim himself will not have any say on which movies will be invited to the festival, he said.

“It is the programmer’s exclusive rights to select works and to invite guests. It is necessary to set in stone that even the chairman cannot violate that,” he said.

He said he was sure that the articles that set the rules for the festival’s organization and its leadership will be revised by the end of July.

“The revision of the articles will reflect the wish of the filmmakers and therefore, the Busan International Film Festival will surely start in October,” he said. TVJ