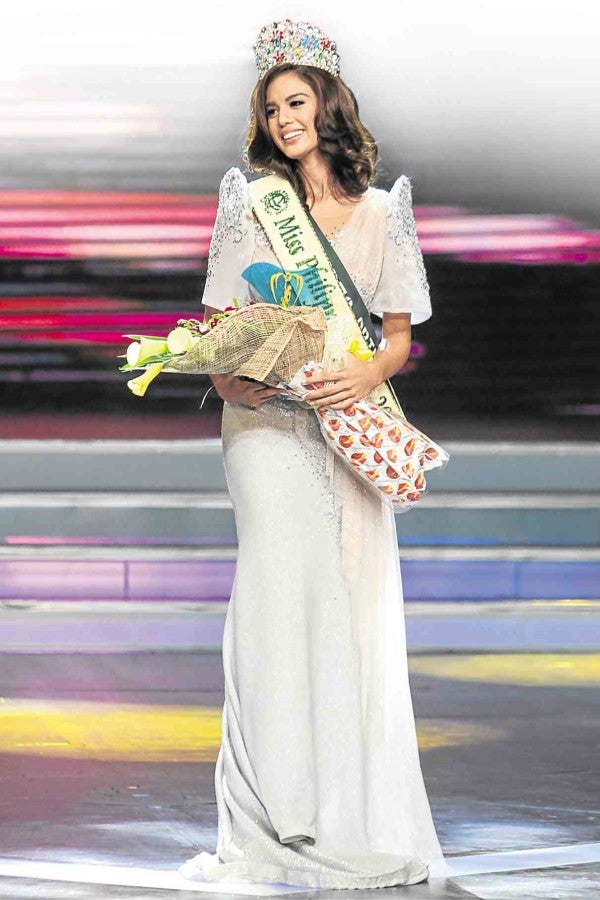 “I’m a victim of pageant bullying. There were vicious women in the pageant. Everybody hated me.”

Newly crowned 2016 Miss Philippines-Earth Imelda Bautista Schweighart revealed these to the Inquirer shortly after she bested 45 other aspirants at pageant rites held at the UP Theater in Quezon City on June 11.

According to the 21-year-old winner, the most difficult part of the pageant took place offstage.

“I lost my pageant heels, foundation and my only eye-shadow palette. Someone got those before coronation night,” she revealed. “The heels are essential because they improve my height.”

“I’m surprised they went missing because I’m a very organized person. They were stolen, and my fellow candidates didn’t help,” she added.

She surmised that many contestants “hated” her because “I’ve been winning awards. I’m the front-runner, so they’re pulling me down.”

Schweighart earlier received the corporate titles, Miss Pontefino Residences and Miss Ever Bilena. She also placed second in the preliminary swimsuit competition and the poll among media men for Darling of the Press, and finished third in the prepageant cocktail wear and evening gown competitions.

She also said she got sick before the important closed-door preliminary selection by the judges because of a certain type of oil she got from a fellow candidate.

“She told me it’s a brain booster. That’s what’s written on the bottle. It smelled like eucalyptus. I won’t name names, but I trusted the girl who gave it to me, so I took it before I entered the room,” Schweighart lamented.

“But it made my sinuses act up and gave me a sore throat. I still felt sick until coronation [night]. I even got a toothache and I felt pain all over,” she continued.

When asked if anybody among her fellow contestants stood by her side, she replied: “No one defended me. It was hard whenever I hear those things said about me. There were some who relayed to me what they heard [was being] said about me by the other girls.”

But the German-Filipino representative of Puerto Princesa City brushed it all off. “I just focused on myself. I traveled from Puerto Princesa to represent my city and bring home the crown. And it’s our first time to win; Palawan deserves it,” she declared.

She found solace from those who were not contenders.

“The older people were the ones who defended me, who understood me. Ma’am Peachy (Veneracion, project director of organizer Carousel Production) and the staff protected me from the mudslinging leading to the coronation night,” Schweighart confirmed.

But hers was not an isolated case. 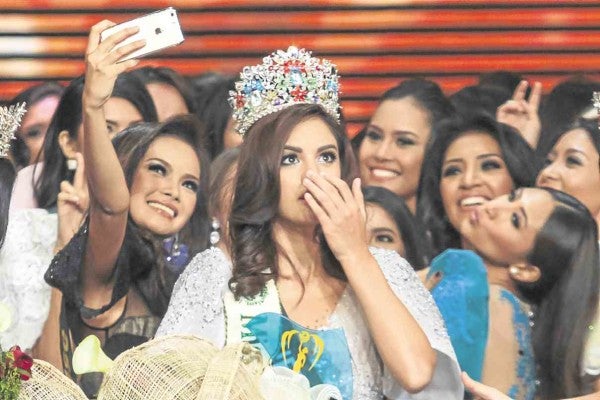 SCHWEIGHART with other beauty contestants.

“When I confided to Ate Jamie (Herrell, 2014 Miss Earth), she said the same thing happened to her. She told me: ‘When I started in the competition, I had 24 swimsuits with me. By the time the pageant ended, I only had four left…and my heels also went missing.’ And Ate Angelia (Ong, 2015 Miss Earth) told me she also experienced bullying abroad,” shared the reigning beauty.

During the final moments of the competition, when Schweighart and Kiara Giel Gregorio from the Filipino community of London became the last women standing, several other ladies were yelling “London” as host Robi Domingo was about to announce the winner.

And when Schweighart was proclaimed as the new queen, the remaining contestants rushed to the other winners, taking selfies, leaving her out in the cold.

“Those bullies were psyching me, to weaken me. But I didn’t give in. I had to kill the demons and survive,” said the queen.

To her detractors, the Palaweña winner had this to say: “I hope you find yourselves in a place where you can be healed from the past hurt. Find forgiveness and peace.”