Once again, the green-eyed monster rears its ugly, envious head.

According to a spy, Popular Hunk unwittingly exposed his true colors during a casual conversation. A buddy told PH that Talented Colleague had bagged a plum part in a High-profile Project.

As luck would have it, PH was proven wrong, and HP hit the jackpot. Perhaps PH was merely sore because TC had achieved success against all odds.

To top it off, TC was convincing as a macho man—something PH could never pull off, not even with the aid of special effects.

Is arrogance a job requirement among this studio’s talents?

Pretty Starlet, PH’s coworker in the same firm, is universally despised by insiders.

Contrary to her public image, PS is not bubbly at all. PS can be snooty—snubbing costars and crew members with equal derision.

Observers wonder why PS throws her weight around like a big star when she has yet to come up with a hit movie or TV show.

Truth be told, PS has been dubbed “jinxed” by naysayers.

ST claims that Pugnacious Colleague has yet to turn over payment for a certain venture.

Years later, PC still avoids ST every time they bump into each other in show biz gatherings. ST got fed up and reported PC to Influential Backers.

Is this the reason why PC failed to hoodwink IBs this time around?

IBs declined to get involved in PC’s latest endeavor. After all, other stars could end up having the same unfortunate experience as ST.

And the IBs don’t want to get deluged with complaints again.

Clients are getting antsy.

Two big events have been pushed to the back burner because of Major Star. A source insists that MS’ camp has been asking the bosses to postpone the projects.

MS has been sickly of late. Or maybe MS is merely lovesick?

Those in the know claim that MS is raring to get hitched with Charming Cutie.

But then again, are the AHs behind all this? After all, these delays add the mystique of Fame and Power to MS, whose career is currently losing steam.

Well-meaning friends are seriously alarmed because Hunky Celebrity looks troubled these days. HC often comes out unkempt, smelly and frazzled in public. Even his fingernails are long and dirty.

To think, vanity used to be HC’s middle name.

Pals suspect it’s because HC has yet to recover from a recent romantic upheaval. Or is HC preparing for a new role?

Is this what they call Method acting? Or is HC simply on the verge of madness? 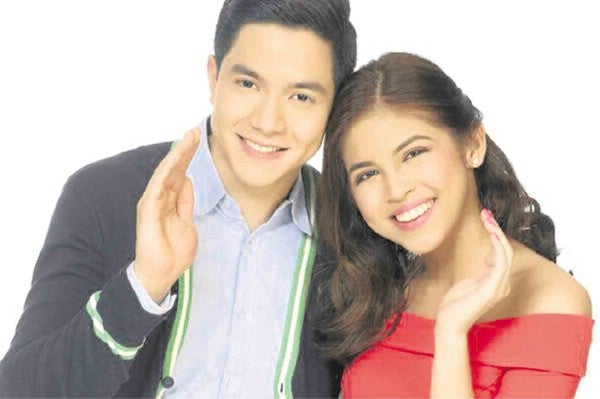 This week’s top show biz news in the  Inquirer tabloid Bandera (and why we are moved, if we are moved):

Employees need only work docs, ID to pass thru