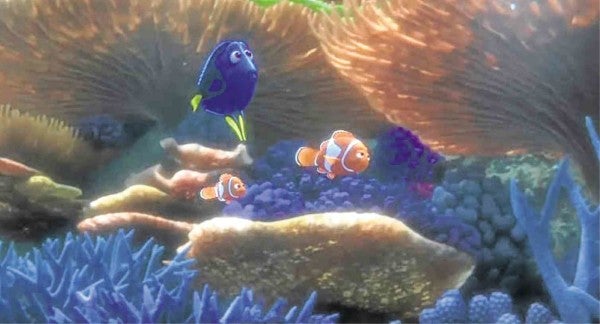 “That comes naturally,” he told the Inquirer in an interview at the Makati Shangri-La. “One thing that comes to mind is magalang tayo na tao (we’re respectful). The level of respect we have for others is always [something] that I keep in mind.”

The 32-year-old, who moved from Manila to the US when he was 7, added that other things from his Filipino background continue to be a fixture abroad: “Food—being around family, we always congregate around food!”

In 2008, Abadilla joined Pixar Animation Studios as an intern, and eventually worked on projects such as “Brave” and “Monsters University” as a  sketch artist.

“Finding Dory,” the sequel to 2003’s “Finding Nemo,” brings back Ellen DeGeneres as the title character’s voice actor. The film will be shown in cinemas this week.

How would you describe your relationship with the other Filipino Pixar artists, or  Pixnoys?

It’s just camaraderie [among] us. We have a mutual understanding that this is pretty cool. We  gather once a year—it’s pot luck; again, it’s food. We’re really well-represented in the company, in different departments.

What exactly is required of a sketch artist? 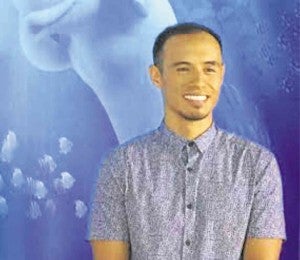 My official title is sketch artist, but my job entails environment design. So that’s setting up the stage for our characters to live in.

How well did the shift go for Dory, from supporting character to protagonist?

It was a challenging task to tell a story about a character who has short-term memory loss, because she’s always forgetting her experiences. But I think the way they (the writers) solved that problem, the way they’re able to tell that story uniquely through her experience—it’s really exciting. The story picks up right where the first one left off.

What do you tell aspiring artists who wish to work in the same field?

Practice drawing. Never stop doing that. Keeping a sketchbook is a good way… [to hone] your observational skills, to draw loosely but clearly.

A huge part of my job is being able to give the director, in this case Andrew Stanton, a lot of options. And you want to do that quickly and clearly, so that he can read what it is you’re trying to communicate.

Also, get feedback from your peers and teachers when you finish whatever it is that you are working on. Show it to people. Ask for their opinion on how you can be better at it.

Do you think the 2D style of animated films will make a comeback?

I don’t think it’s impossible that it would come back. It’ll be out there as long as the story calls for it, to be an appropriate medium to tell that story.

Who are your favorite artists or influences?

Right now, there’s an American painter, Richard Schmid. I just love the way he portrays light. His technique is very loose and impressionistic but I’m really drawn to his work.

Professionally, I’m surrounded by a lot of artists at work. I draw inspiration from my coworkers. I feel like I learn so much in the time that I spend there. It’s just this constant learning that happens.