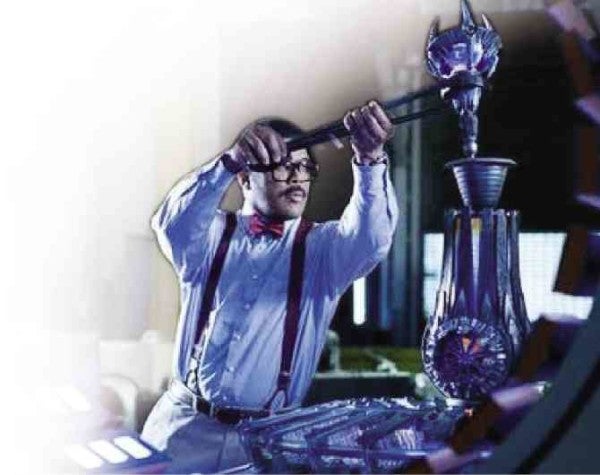 PERRY in “Teenage Mutant Ninja Turtles: Out of the Shadows”

LOS ANGELES—“I’m supposed to be dead, in prison, locked away, based on where I come from and what happened to my friends,” Tyler Perry declared, as he recounted his traumatic growing-up years. But here he was, a successful writer-director-producer-actor, calmly looking back and reflecting on how he beat the odds.

Tyler, born in New Orleans, Louisiana, was quoted as saying that his father Emmitt Perry Sr.’s “answer to everything was to beat it out of you.” Growing up with an abusive father, he suffered from depression and attempted suicide in his teens.

According to Wikipedia, “After seeing the film ‘Precious,’ Perry was moved to relate for the first time accounts of being molested by a friend’s mother at age 10; he was also molested by three men prior to this, and later learned that his own father had molested his friend. A DNA test Perry took in the 2010s stated that Emmitt Sr. is not Perry’s biological father.”

From working odd jobs to living in his car, Tyler rose to become a media mogul. Forbes magazine ranked Tyler as the highest paid man in entertainment in 2011. He’s behind the hit franchise in which he himself stars as Madea, described as “a one-woman Greek Chorus,” a tough, boisterous black matriarch. He produces TV shows and movies, including the two-time Oscar winner, “Precious.”

As an actor, Tyler revels in trying something different. Instead of a wig and a dress—his costume in the “Madea” series, Tyler dons a bow tie and suspenders as Baxter Stockman, a mad scientist in “Teenage Mutant Ninja Turtles: Out of the Shadows.” Baxter is one of the villains that Michelangelo, Donatello, Leonardo and Raphael battle with.

When he’s away from movie sets or the Tyler Perry Studios in Atlanta, he dotes on his son, Aman Tyler Perry, born on Nov. 30, 2014, with his girlfriend, Gelila Bekele. 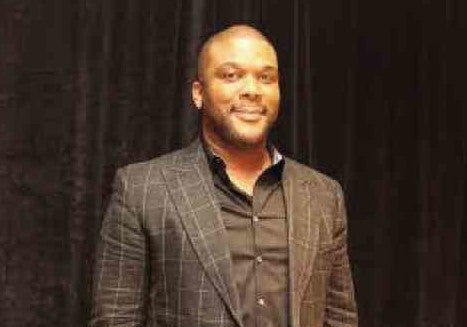 You had a painful childhood, with a troubled relationship with your father. What did you learn from that experience to help you become a good father?

What I learned later on in life is that everything that my father didn’t teach me, he did teach me. I just learned in reverse. I do the opposite of what he did.

How do you deal with triggers that bring you back to your traumatic childhood?

At 46 years old, I have a lot of things that I’ve worked through. A lot of other people who work for me are friends, or people who come to me with questions. I talk to them about finding the triggers, to be sure that they recognize them. Once you know what the trigger is, you have a better idea of how not to pull it—or how to leave the safety on so nothing ever comes out that can hurt anyone.

How do you sustain your faith amid your struggles?

If you had walked with me through my life and seen all of the heartache, and how many times even as a little boy I would pray for things to be OK, to grow up having that and knowing that there’s no explanation for any of this … If you look at the statistics of my life—I’m supposed to be dead, in prison, locked away, based on where I come from and what happened to my friends.

So, to imagine coming from that place to this, and not know that there is a higher power [that] is unfathomable—I know for sure that there’s a God who helped all of this come together.

How does a successful black man like you deal with racism?

In this country, your experiences dictate and define [you]. I came from the deep South. My mother and father grew up under the Jim Crow laws (which enforced racial segregation). They witnessed the horrible tragedies—from civil rights leaders being slain, to my mother being in Louisiana, right next door to Mississippi, remembering firsthand Emmett Till (an African-American teen who was lynched in 1955), having all of that in my history and culture, deeply planted inside of me.

For my parents, everything was very much black and white, but once I moved to Atlanta, I started to see other races and began to travel the world. I realized that we’re all the same. We have the same fears and worries, no matter where we come from. So, what I do is live as best I can as a person.

How do you stay grounded?

I don’t need the reminder, honestly, Ruben—I know where I come from. I know that this could have been anybody. There are other people who work harder, are more gifted and have more to offer but, for some reason, God gave me this grace to be in this moment. All of these things lined up for me that I had no control over. When you recognize that, it’s easy to stay grounded, knowing that it’s much bigger than anything you could have done to make it happen.

In addition to acting, directing and running your company, you also write several movies and 12 TV shows. Where do all the words come from?

I just surrender to the characters. I can hear them in my head. It’s almost like I’m a little nuts because when I sit down to write a show, the characters speak to me. All I do is type what I’m hearing and seeing in the world in my head. It works for me. Fortunately, I haven’t had writer’s block.

When did you start having the inclination to write?

That was a gift. You talk about turning tragedy into triumph as a gift. As a child, when I was going through so much heartache and pain, I would imagine myself in different worlds. I could leave home and be anywhere, somewhere safe, running in the park, talking to friends—all in my mind.

Your son is still too young to watch “Turtles…,” but did you accept the role so you can show it to him when he’s older?

I wanted to do this movie so it’s part of the catalogue that one day, when we sit down and watch my movies, it’s not 50 “Madea” movies and that’s it. I’d like this to be the first one he sees.

What’s it like to have your shows on OWN (Oprah Winfrey Network)? They’re among the network’s strong draws.

What I love about Oprah is, with her, you get no surprises. Oprah is who she is—she’s very supportive and encouraging.

What does success mean to you?

I have 400 people working for me. Success means I have an opportunity for me to keep all of them working. One day, whether my son wants to be in this business or not, I would have made this body of work and I can hand them over to him.

How important is it to you to take a position in the US presidential elections?

You have to take a stand, use your voice and be firm in that stand.

Can you comment on racism and lack of diversity in Hollywood?

I honestly do not believe it’s racism. What I think it is is that people green-light the stories that they know.

If you’ve got executives who grew up in certain levels of society, grew up around certain people and went to certain schools, then stories about those are the movies that they want to green-light. The only way that’s going to change is, there [should] more executives like me who have opportunities to tell our own kind of movies.

What’s in store for Madea fans in the next movie?

It’s “Boo! A Madea Halloween.” The idea actually came from Chris Rock. I thought it was ridiculous when Chris asked me to do it (a fake “Madea” movie). I’m like, “Great, let’s do it.” Lionsgate saw it, and they called and said, “Tyler, you have to do that movie.”