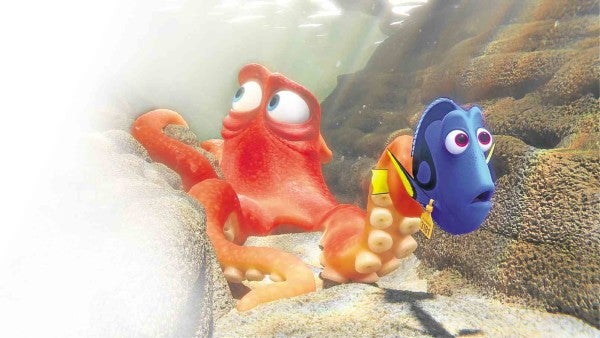 LOS ANGELES—Pixnoys—Filipinos who work at Pixar Animation Studios—and their contributions to “Finding Dory” were cited by the film’s director and producer, Andrew Stanton and Lindsey Collins, respectively, in an interview.

I just saw “Finding Dory” (the sequel to the hugely successful “Finding Nemo”), which focuses this time on the lovable but forgetful blue tang fish, endearingly voiced again by Ellen DeGeneres. Codirected by Angus MacLane, Pixar’s latest gem is once more a visual feast—and an emotional, exhilarating and amusing ride.

Andrew, a two-time Oscar winner for “Wall-E” and “Finding Nemo,” and Lindsey, sat down earlier for a chat inside Pixar’s sprawling campus in Emeryville, California. Among the Pixnoys they talked about were Ronnie del Carmen, Virginia “Gini” Cruz Santos and Paul Abadilla.

The pair smilingly admitted that they “stole” Gini from another Pixar film to help them out in “Finding Dory” (at least in the early stages) since the Pasay City native was one of the original animators of “Finding Nemo” and specifically worked on Dory.

I wrote about the St. Scholastica’s high school alum in my Anvil book, “My Filipino Connection: The Philippines in Hollywood”: “Gini volunteered that she injected the Filipino sense of humor and facial expressions in Dory—one of her all-time favorite characters.”

“Gini was with us for a little bit,” said Andrew, who is also a writer with such credits as the “Toy Story” movies series and both “Finding Nemo” and “Finding Dory.” “We miss her because she’s so good. She was a force in ‘Nemo.’ And she’s so good that she’s the head (supervising animator) of another movie (‘Coco’).”

“So, we had to steal Gini,” chimed in Lindsey, who also produced “Wall-E” and “John Carter.” I’m saying ‘shush,’ because I don’t even think the other movie knew we stole her.”

That other film is “Coco,” directed by Lee Unkrich and Adrian Molina. 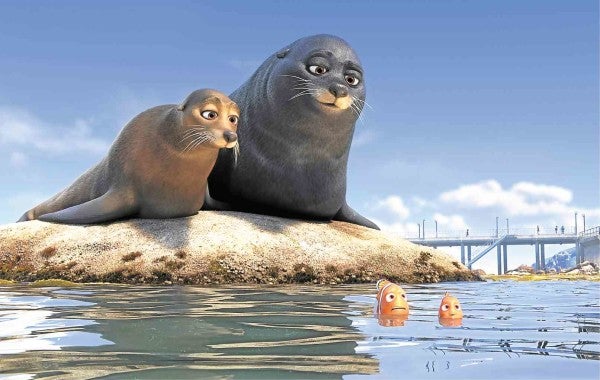 Lindsey added, “We needed Gini, especially early on with all the new animators coming in, who hadn’t worked on the original film, to remind them how Dory acts and behaves. We were trying to find those key animators who really found those characters early on. Gini was one of them.”

Andrew said, “You have this old-school generation to pass on that knowledge. Then, we also had this new generation of people who were raised up on the movie just as fans, but now were working on the sequel. We call them Generation Nemo.

“It was fascinating to have to explain stuff that you never had to say out loud before. Gini saved us from that.”

Lindsey shared that for “Finding Dory’s” most emotional scene, she and Andrew turned to Gini’s fellow University of Santo Tomas alum, Ronnie del Carmen. The recent Oscar nominee for “Inside Out” is apparently the go-to artist at Pixar for visualizing emotionally complex scenes.

“Of course, we had to have Ronnie come on board,” Lindsey said. “He storyboarded the most emotional scene. Again, it was a lot of begging, borrowing and stealing.”

Andrew and Lindsey also pointed out the contributions of Paul Abadilla, who worked as the set designer. Andrew cited the Pixnoy’s help in creating the sets, from a lush kelp forest to the interiors of an aquarium, which was inspired by the Monterey Bay Aquarium.

On why it took so long to come up with a sequel to “Finding Nemo,” which won a best animated feature Oscar for Andrew and earned four nods, he explained, “It took 13 years. It didn’t come quickly. The truth is, I never planned for a sequel. I always thought ‘Nemo’ was its own movie. It was a closed circuit. It was done.

“I was done with fish after four years (of directing it). And I moved on to robots, Mars and other things. I didn’t watch the film again until 2010.

“I had to see it again because we were going to re-release it in 3D. It was probably the first time I’d been able to watch it, like a member of the audience, and not see it as something that I worked on. I left that screening worrying about Dory. I found myself constantly thinking about her—she could get lost, she could lose Marlin and Nemo—this family she’s found. And not find them again. 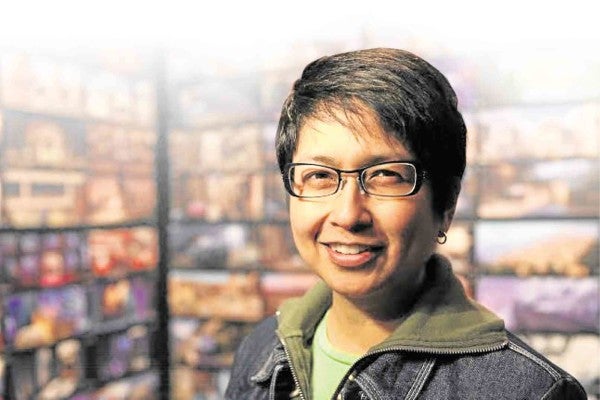 “When I wrote Dory, I always thought of her as a tragic character, even though she makes everybody laugh and smile. I knew her backstory. I knew she’d been wandering the ocean alone her whole life. She has memories of abandonment.  And I didn’t want her to feel that way anymore. So that stuck with me.”

Lindsey, for her part, said, “Andrew has always said, ‘Oh no, I’m done (with ‘Nemo’). Then he said, ‘If I was going to make one, it would be about where Dory is from, where her family is. But we’re done.’”

“We were very careful, though,” Andrew stressed. “We talked about it privately. We started in 2011. But we kept it very low-key.

“Then, we let John (Lasseter, Pixar’s chief creative officer) in on it,” Lindsey said.

“And we had to call Ellen and Albert (Brooks, voice of Marlin),” Andrew added.

“Then we were ready to talk about it,” Lindsey declared with a smile. The voice cast includes Idris Elba (Fluke), Diane Keaton (Jenny), Ed O’Neill (Hank), Ty Burrell (Bailey) and Hayden Rolence (Nemo).

Of their famous voice talent, Andrew dished with fondness, “Ellen will complain a lot about how much she had to record on this. She underestimated how much a main character has to record. Dory is in every scene. Ellen had to do a lot of dialogue.

Lindsey volunteered, “On any recording session, we had Ellen doing over 200 lines. But we also had her redoing them.” Andrew estimated that they probably had 10 or 12 sessions with Ellen over three years.

Lindsey reported that when they finally showed the finished film to Ellen, the beloved TV show host reacted this way: “She was like, ‘Where’s all the panting?’ Because we made her pant all the time. We were laughing.

“She was our partner on this from day one in the sense that she was willing to come in, knowing full well that we were going to rewrite this thing about 12 different times.”

“We saw her once a month, basically, in LA,” Lindsey remarked. Andrew cracked that they went to their star voice talent, not the other way around. Ellen did not make the trek to Northern California, where Pixar is.

“There was one day when she didn’t shoot her show that week,” Lindsey added. “She was willing to come in and work that day with us, which was a godsend.”

Lindsey egged Andrew to share a funny example of how popular animators are.

Andrew obliged: “When we did ‘Toy Story,’ we got to go to the Oscar nominees’ luncheon. We thought, oh my gosh, we got nominated! It’s the first time we’ve ever written a movie. And oh my gosh, we’re somebody.

“We pull up to the (Beverly) Hilton hotel for the Oscar luncheon. There are all these lights flashing. We get out. There’s about four of us, because we were nominated. The photographers go, ‘It’s nobody!’ And the cameras go down. They start changing their batteries.”

“And I’ve never forgotten that,” Andrew agreed with a smile.

I beg to disagree. With their impressive body of work, these animators are rock stars.