A weekend in New York 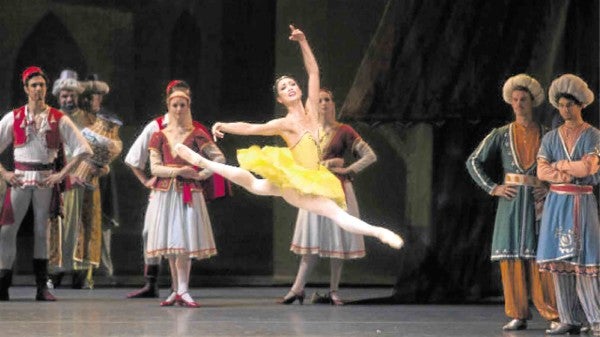 NEW YORK—Immediately following our last taping day of Blind Auditions for “The Voice Kids,” all three of us coaches headed out of Manila for some much-needed rest and relaxation: Sharon Cuneta went up to Baguio, Bamboo to Japan, and I to New York.

Allow me to admit, New York isn’t exactly a place for a quickie trip, but this visit had a bit more to it.

The organization Sing for Hope extended an invitation to sing (and receive the Art for All Award) surrounded by 50 artist-designed pianos that will all be donated to public schools and other establishments in need around the city.

It was surprising to learn that there isn’t music education in many of this city’s schools, something that comes as a shock, because New York is a recognized Mecca for art and artists.

Speaking of art, this weekend was the perfect opportunity to take in some excellent performances.

This lovely, sparkling jewel of a musical, currently running at Studio 54, hasn’t had a long history on Broadway. The original run of “She Loves Me” lasted only eight months, and the first revival was back in the 1990s.

With book by Joe Masteroff, music by Jerry Bock and lyrics by Sheldon Harnick, this show has made a glorious return, filled with romance, old-fashioned comedy, wonderful music and fantastic actors.

Tony nominees Laura Benanti (unfortunately a little under the weather) and Zachary Levi (of “Chuck” fame, as well as the voice of Flynn Rider in Disney’s “Tangled”) lead this marvelous company, which includes fellow nominees Gavin Creel and Jane Krakowski, as well as Byron Jennings, Tom McGowan, Peter Bartlett and Nicholas Barasch.

Set in Maraczek’s Parfumerie in 1930s Budapest, the musical, based on Miklos Laszlo’s 1937 novel “Parfumerie,” tells the story of one couple who fell in love via the letters written to each other. Unbeknownst to either of them, they work together as parfumerie clerks in Maraczek’s… and generally loathe each other.

Levi is all charm, quirkily handsome and on point as Georg Nowack. Every millisecond of his performance is such a winsome delight. I knew that he could sing, thanks to his turn in “Tangled,” but I didn’t expect what I saw. He has gained a fan for life, and I look forward to what he does next.

If the sweetness is placed in the charge of Benanti (as Amalia Balash) and Levi, the heat, however, is produced by the dynamic duo of Krakowski and Creel (as Ilona Ritter and Steven Kodaly, respectively). In every interaction, flirtatiously uttered line and sexual spiciness, especially with the song number “Ilona,” these two don’t cease to make the audience smile.

If you happen to be in the city, do see this utterly lovely musical. But it’s scheduled to close on July 10.

Thanks for friend and newly minted American Ballet Theater principal dancer Stella Abrera, I got to see my first ballet in New York: “Le Corsaire (The Pirate).” It premiered in 1856 with choreography by Joseph Mazilier, and was then rechoreographed by Marius Petipa for the 1899 production in St. Petersburg.

It premiered in the United States at the Metropolitan Opera House in 1989, and the Boston Ballet was the first non-Russian ballet company to perform it, at the Wang Center in Boston in 1997.

For this performance, Matthias Heymann played Conrad, Gillian Murphy was Medora, Ali by Daniil Simkin, and Gulnare by Abrera.

I had amazing seats, which allowed me the full view of the performances and the wonderful production design, as well as appreciate the wonderful orchestra conducted at this matinee by Charles Barker.

As expected, all the principals turned in fantastic performances. Every dancer on that stage was not just a sample of technical perfection, but of heart and emotion.

There are a few acting moments between the dazzling solos (most notably by Simkin, who was greeted at every entrance with “rock concert”-level cheering, screaming and applause), and they were actually clear. I didn’t have to turn to my seatmate to ask what was going on.

Above all this was feeling a sense of immense pride seeing Abrera on that stage, and without a doubt, every other Filipino who happened to be in that audience felt the same. She is light on her feet and streams light from her face, obviously filled with joy that she is performing.

The American Ballet Theater will continue its stay at the Met until July 2.