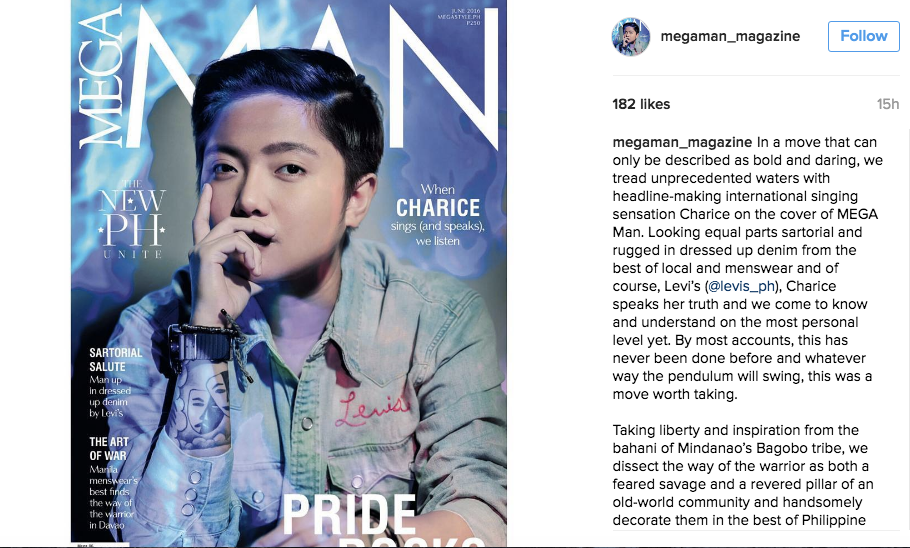 Charice, who has come out as lesbian, is featured on the cover of Mega Man magazine’s June 2016 issue. SCREENGRAB FROM MEGA MAN INSTAGRAM PAGE

The “Pyramid” hitmaker is wearing denim for the cover of the magazine’s June 2016 edition.

The magazine said that the decision to put Charice on the cover can be described as “bold” and “daring.”

“By most accounts, this has never been done before and whatever way the pendulum will swing, this was a move worth taking,” it said.

She is currently in a relationship with singer Alyssa Quijano. AJH