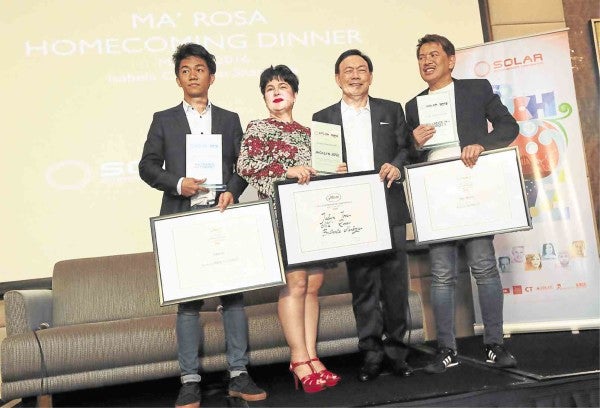 Apart from Jaclyn Jose, who won best actress for Brillante Ma. Mendoza’s “Ma’ Rosa” at the recently concluded Cannes Film Festival, other Filipinos also had the chance to fulfill their dreams in the A-list event.

During the homecoming dinner thrown by Solar Entertainment big boss Wilson Tieng for the Philippine contingent, the mood was jovial, as members of the “Ma’ Rosa” team recalled their unforgettable trip to France.

(Solar will distribute the indie film in the Philippines. Brillante hopes to field it in this December’s Metro Manila Film Festival. “Ma’ Rosa” will still go through the selection process, though.)

Jaclyn’s daughter, Andi Eigenmann, got to meet her idol, Canadian actor-filmmaker Xavier Dolan, who won the Grand Prix for “It’s Only the End of the World.”

“He stepped on my gown backstage,” Andi recounted. “He said: ‘Welcome to Cannes, honey! Hope to see you again next year.’ I was so happy! I want to be like him. He’s a young achiever.”

Andi also got to see juror “Kirsten Dunst and other beautiful women” up close. “It was like dreaming with my eyes open,” she said.

Andi related that she did magazine pictorials for L’Oreal France and L’Oreal Russia during her one-week stay in the French Riviera.

Will this lead to more opportunities abroad for Jaclyn and Andi? 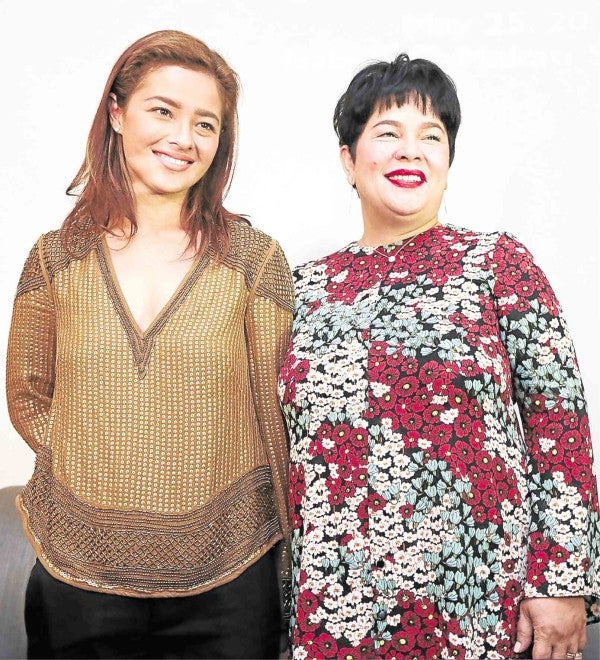 Jaclyn said her current dreams are all for Andi.

Andi, for her part, is eyeing a stint at the Berlinale Talents Campus—which allows aspiring filmmakers to train under renowned industry professionals. She wants to be a writer-director in the future.

Will Andi direct her mom someday? “Why not,” she quipped. “But I am not in a rush. I just want to help raise awareness of indie films.”

Asked about a possible Hollywood detour, Jaclyn replied: “If ever, I am sure foreign producers will course offers through Dante (Brillante’s nickname).”

Brillante volunteered that there are long-standing offers for him to make movies abroad. “But I am pretty fixed about my terms. I want to make a Filipino film—even if it’s set in Italy…even if the Filipino characters speak in Italian. I want to tell Filipino stories,” he explained.

Young director Raymund Gutierrez, whose film “Imago” competed in Cannes’ Shorts tilt, told the Inquirer that he scored photos with Belgian filmmakers Jean-Pierre and Luc Dardenne. “I took selfies with them.”

“Ma’ Rosa” costar Maria Isabel Lopez, for her part, got to relive her “beauty queen” moment at the Palais. She previously attended the fest in 2009, for Brillante’s “Kinatay,” which won best director.

“Back then, I was criticized by a French newspaper for having only one pair of shoes, which I wore in all the events,” she gasped. “This time, I brought four pairs!”

Maria Isabel, who earlier apologized to Brillante and Jaclyn for making a (meme-generating) splash during the film’s premiere, recounted that she was famished on the red carpet. “We didn’t have lunch because Brillante instructed us to dress up in his hotel room, instead. Good thing, I had a banana, which I shared with Jaclyn, and a bag of pistachio nuts, which I gave to [costar] Ruby Ruiz.” 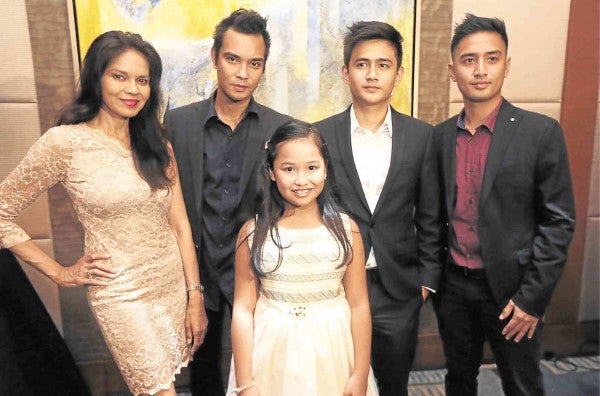 Maria Isabel was later seen showing Jaclyn a copy of Singapore’s The Straits Times, where the “historic” best actress victory was featured in a full-page story. (Jaclyn is not only the first Filipino, she’s also the first actor from Southeast Asia to win at Cannes.)

Mon, who was not able to attend Cannes, was thrilled about Jaclyn’s triumph.

Said Mon: “I am proud to be a Filipino actor. This will open doors for Filipino films and actors abroad. Now, the Philippines is branded with a mark of excellence. This is only the beginning.”