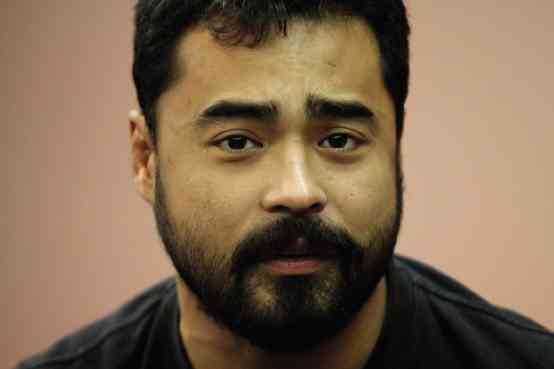 “Toto,” which focuses on a desperate Filipino everyman who dreams of migrating to the United States, was an entry in the New Wave section of the Metro Manila Film Festival, held in December.
Dubbed “the largest comedy fest in the United States,” the annual event turns the spotlight on “thousands of live comedic acts and hundreds of films from LA and around the world.” Bayani San Diego Jr.

Read Next
‘Me Before You’ could spell stardom for Sam Claflin
EDITORS' PICK
SSS: Members on home quarantine due to COVID-19 can apply for sickness benefit
Mobile COVID-19 vaccination for commuters, transport workers set at PITX
PH to send 584 athletes, 161 officials to Vietnam SEA Games
Gear up and get ready to play with Yamaha Mio Gear
Kalinga, Ifugao, Mt. Province, N. Samar will be under Alert Level 4 from Jan 21-31
Acer starts the year off strong with the Aspire Vero National Geographic Edition
MOST READ
Imelda Marcos trends on Twitter after octogenarian jailed for allegedly stealing mangoes
Mayor Vico counters vice mayor: ‘Did I say anything about his family?’
PH 51st on list of world’s most powerful militaries
‘Unbelievable!’ Pacquiao hits DA’s plan to import 60,000 MT of fish
Don't miss out on the latest news and information.