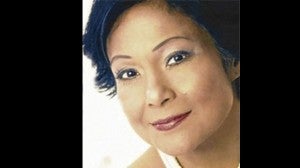 Nora Aunor’s drama mini-series “Sa Ngalan Ng Ina” is about to run its course, but fans need not fret. The Superstar has recently accepted TV5’s offer to be an exclusive Kapatid talent for three more years.

Together with TV5 president and CEO Ray Espinosa and executive vice president and COO Roberto Barreiro, an emotional Aunor formally sealed the deal last Friday at the Marriott Hotel in Pasay City. Also present at the contract signing was the network’s head of creative and entertainment production Perci Intalan.

Although there are no particular projects yet after “Sa Ngalan,” Intalan assured the fans that they can expect “numerous TV projects and movies” for the 58-year-old actress.

“We’re still exploring possibilities of Ate Guy in other genres. We realized that her personality as a TV host is very interesting, so a talent show or a variety show would be possible. We’re going to play it by ear,” Intalan told the Inquirer after the press con for TV5’s “Regal Shocker” the same day.

While the projects are still on the drawing board, Intalan hinted that Aunor’s talent fee will “definitely be fit for a Superstar.”

“She will be getting a good salary every month,” he said. “Instead of giving it one time, big time, we divided the talent fee in months so she could be more stable and plan her finances efficiently. I think this would work better for her.”

He added: “Kung alam mong may bugso ka ng pera now, tapos next time wala, kahit sino mai-i-stress. And we want to remove that stress from her.”

According to Intalan, the management was already considering offering Aunor a new contract as early as August, during “Sa Ngalan’s” first week of taping.

“Initially, she just wanted to come back for three months to do a mini-series and a movie,” he said. “But when we felt that she’s still interested in staying as a Kapatid, we offered the deal.”

Aside from the well-honed talent that Aunor can contribute to the network, Intalan said management decided to extend her contract because of the humility and drive she exhibited during her brief stay with the network.