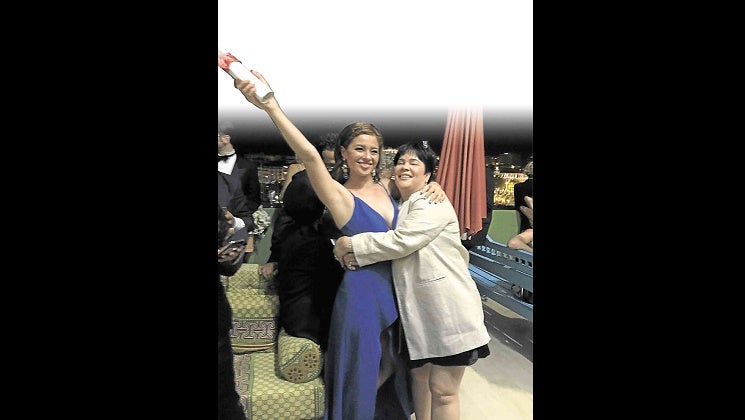 HER CANNES triumph was made sweeter, Jaclyn Jose said, because she got to share the experience with her daughter Andi Eigenmann.

Colleagues from the local entertainment industry were quick to hail Jaclyn’s victory as a “milestone” as well.

Nora Aunor, who costarred with Jaclyn in Joel Lamangan’s “The Flor Contemplacion Story,” told the Inquirer: “She has always been a good artist. All we need to get noticed abroad is the right project.”

Filmmaker Joel Lamangan said: “It is clear proof that Filipinos are great actors who can be compared, and even surpass, international stars.” 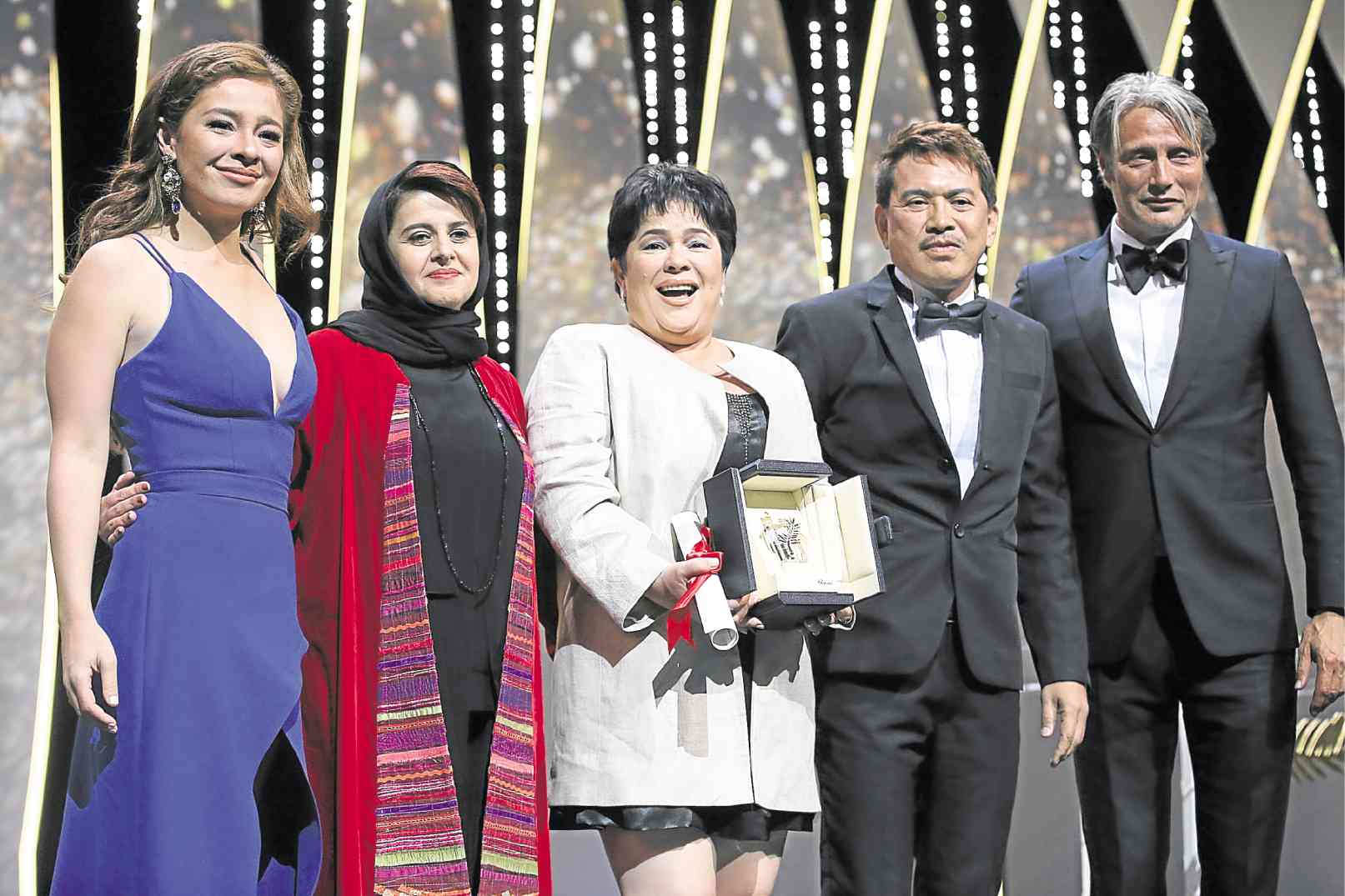 Actor John Arcilla pointed out: “When Lea Salonga won a Tony for ‘Miss Saigon,’ it opened doors for Filipino theater actors. Now, Jaclyn has proven that Filipino movie actors are world-class, too.”

Filmmaker Jose Javier Reyes said: “Despite all the problems faced by the country, artists continue to emerge as a ray of hope, affirmation, and joy—bringing us a sense of pride as Filipinos.”

Director Mel Chionglo said: “It’s about time for a Filipino actress to win… This is her crowning glory after years of serious, hard work.”

Director Jade Castro pointed out: “She has always been one of my favorites. Her independent spirit is infectious. To be the first Filipino actor to win in Cannes is oddly right.”

Filmmaker Carlitos Siguion-Reyna said: “This is great news, an indication of clear progress and advancement for Philippine cinema.”

Actress Iza Calzado said: “Her win is an inspiration to women because it shows us that there is no age limit for greatness and brilliance. If you are passionate about work, like Miss Jaclyn, you will always shine.”

Scriptwriter-producer Moira Lang: “I’ve been her fan since her 1986 film ‘Private Show’ and became an even bigger fan of her acting and work ethic when I got to collaborate with her. We should set a Jaclyn Jose retrospective soon.”

“Ma’ Rosa” costar Maria Isabel Lopez related: “While having dinner in Cannes, I told her she could score a grand slam with this film. She just smiled and said this was all for Andi. As mothers, we are more ecstatic about our children’s triumphs.”

Read Next
Solenn weds Argentinian bf in France
EDITORS' PICK
LIST: Quarantine status of provinces, cities in PH until July 31
Metro Manila stays under GCQ until July 31
Cebu City status downgraded from ECQ to MECQ until July 31
How Filipinos are embracing digital technology amid the coronavirus pandemic
Water remains our saving grace right now
Win the Samsung Galaxy S20+ BTS Edition at the Smart K-Quiz Night on July 18
MOST READ
Metro Manila stays under GCQ until July 31
ABS-CBN to start retrenchment by end of August, as franchise remains elusive
Defensor dares Tañada to public debate on ABS-CBN franchise issue
Escudero tells Duque: ‘Please just do your job without fooling yourself or us’
Don't miss out on the latest news and information.