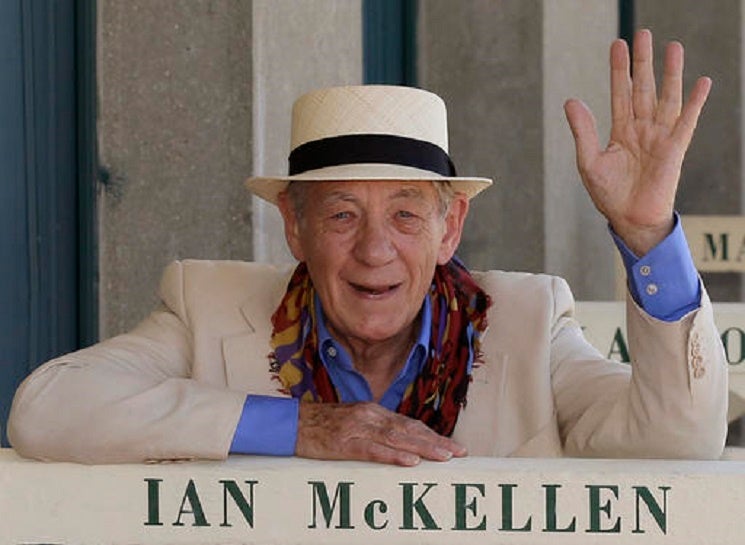 In this Sept. 10, 2015 file photo, British actor Ian McKellen poses in front of beach huts on the Deauville promenade during the 41st American Film Festival in Deauville, western France. AP

MUMBAI, India— British actor Ian McKellen is quoted by a Mumbai newspaper as saying that “India needs to grow up” regarding its attitudes toward homosexuality.

The actor was in the west coast Indian city this week to promote the British Film Industry’s “Shakespeare on Film” series coinciding with the 400th anniversary of Shakespeare’s death. He also dined with Bollywood stars, and plans to open the regional LGBT-themed Kashish Film Festival on Wednesday.

On Tuesday, the Mumbai Mirror published an interview with the openly gay actor saying it was “appalling and ironical that India would use a colonial law to oppress its homosexuals.”

The 76-year-old actor is perhaps best known for playing Gandalf in the “Lord of the Rings” film franchise and Magneto in the “X-Men” franchise. TVJ

Read Next
Boy George & Culture Club announce 40-city tour including Manila
EDITORS' PICK
High inflation: Your P1 is now worth only 87 centavos
Geek out at TOYCON 2022 powered by Smart Signature
Unemployment rate up to 6% in May
UK’s Boris Johnson will resign, BBC reports
High-risk pregnancy: Reducing your risk is in your hands
House energy committee chair Arroyo bats for cheap electricity
MOST READ
Suspect in grisly killing of missing woman in Bulacan arrested
Kim Atienza’s daughter flaunts bikini body in response to critics of her ‘revealing photos’
Cop slain in Isabela ambush
FDA probes popular Filipino noodle brand for ‘high level of ethylene oxide’
Don't miss out on the latest news and information.