Lee Min-ho puts his money where his mouth is 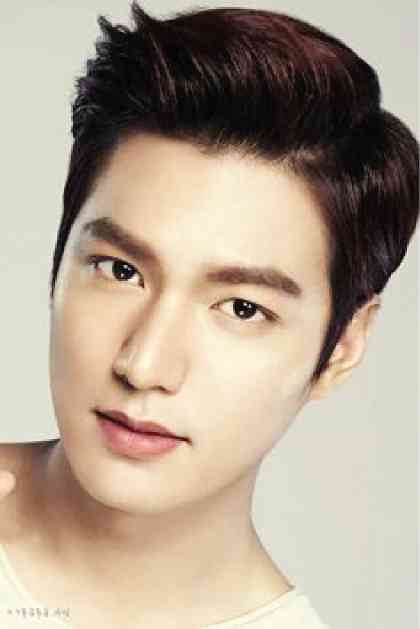 LEE MIN-HO has found a “secondary career” as an agent of social change.

Televiewers fell in love with Lee Min-ho as the rich but deceptively arrogant Gu Jun-pyo in “Boys Over Flowers.” But when we interviewed the 28-year-old actor via e-mail last week, we realized he was far from the bully he portrayed to polarizing perfection in the cult Koreanovela that catapulted him to superstardom in 2009.

The actor has decided to parlay his popularity into a “secondary career” as an agent of social change—to shine the spotlight on his advocacy for clean water.

Min-ho puts his money where his mouth is. In fact, last March 22, the actor collaborated with his fans (via the donations platform, Promiz) and Unicef Korea to celebrate World Water Day, by donating 50 million won (approximately P2 million).

The amount is being used to purchase 6.5 million water-purification tablets to turn dirty water into drinking water for some 520,000 children, thus preventing the spread of waterborne diseases.

What inspired Min-ho to make the donation? “In Africa, a child dies every 19 seconds because of the scarcity of clean water,” he told the Inquirer. “Children walk long and dangerous distances to get access to it. This tidbit of information inspired me to make the donation. There are many ways to push for much-needed reforms: One way is to make a donation. It doesn’t matter much whether you contribute publicly or in a private way—either way is good. What matters is your true intention.

“My goal is to change perception about giving money for charity. A lot of people still think that this is only for the rich. I used to think like this, but this isn’t true. Begin by donating the smallest amount you can afford. You’ll soon realize how easy it is to support worthy causes.”

Excerpts from our Q&A with Min-ho:

Is there a specific incident in your life that encouraged you to play an active part in advocacies you’re supporting?

In my early 20s, I had to spend a whole year in the hospital after I figured in a terrible accident. It was a very difficult time for me. Whenever I was alone in the hospital, I badly wished that someone was there next to me. That was when I realized the importance of a “support” system—to be there for people who are having a hard time.

When I became an actor, I decided I had enough time, talent and resources to support people who are in dire need of assistance. So, together with my fans, I created a donations platform called Promiz two years ago. Whatever profit we make from a project, we then donate to a certain cause or contribute to an organization. Promiz closely monitors how its contributions are being used, because transparency is essential in making donations.

My first contribution to Unicef began in 2009 through the “LoveNet Campaign,” which sought to raise awareness for malaria. My current advocacy is for clean water. I feel that it’s my duty to persuade more people to take part in relevant causes.

It would be great if you could support Promiz’s activities. We’re cooking up a project that you can take part in in the Philippines soon. See you in Manila.

What kind of relationship do you have with your fans?

We’re always in touch. I think the only way to return my followers’ kindness and show my appreciation for their support is to become a better actor—and to help people any way I can. This hasn’t changed a bit, and will not change in the future.

What do you look forward to when you turn 30 on June 22 next year? And when do you intend to settle down?

I’ll be the same Min-ho in my 30s. In fact, I hope to become even more proactive and influential. Settling down isn’t my priority just yet.

Read Next
Gorgeous starlet does dirty deed on sacred ground
EDITORS' PICK
Palace: Malls, establishments may require customers to use of face shields
Syringes for Pfizer vaccine arriving on December 2 — NVOC chairperson
Smart offers wireless fiber-like speeds to Filipino homes with country’s first 5G Prepaid Home WiFi
Legarda: Ending Violence Against Women, a cause for all
This new condo in the South will make you want to turn a new leaf
Disease expert: Omicron variant may behave like Delta
MOST READ
Bongbong Marcos to face another disqualification case
Christine Bersola, Julius Babao cleared of cancer after colonoscopy, endoscopy
Former PM Abe says Japan, US could not stand by if China attacked Taiwan
Tropical storm intensifies as it approaches PAR
Don't miss out on the latest news and information.