My thoughts on the legendary Pepe Smith 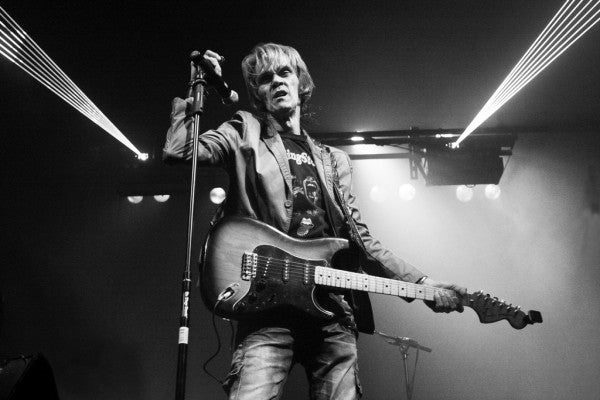 Pepe Smith is the “Father Of Pinoy-Rock” — there is no questioning that. He will always be a source of inspiration to so many, especially to those in the local scene, as he is someone that they look up to.

Pepe Smith is not only a legendary figure. In my mind’s eye, I view him to be the cornerstone that helps keep Pinoy-Rock alive with him still around through the decades ever since he was in the Juan de la Cruz band in the 70s.

The fact that he still performs on occasion is so amazing and this has a positive effect on the younger artists and bands to stay strong and push forward in their own endeavors to get their music heard despite trials that may come their way. If Pepe Smith can still do it, they, too, can. That right there is a cause-and-effect principle at work with Pepe Smith’s living presence.

Pinoy-Rock has its pillars … specific key figures that have held up its banner for decades. We all know who they are and we surely are familiar with their names. But what about Pepe Smith? Where does he fit in, in the scheme of things? Where does he rank among the other key figures of Pinoy-Rock?

For me, he deserves to be ranked among the highest of pillars and deserves equal recognition like the rest. Here is a man who has never had any “ego issues.” For a man of his stature, he has remained quite humble and low-keyed, as also generous and gracious in spirit when he readily performs with lesser known bands and upstart acts.

Yet, when there are occasions and events when he is more visible like the recently concluded Red Horse Beer Muziklaban in which he is the main and official endorser of the product… his magnetic presence and valuable participation for this yearly event is something that I can’t imagine without him. Pepe Smith is irreplaceable and this major annual event helps significantly in reminding people about him.

At least, the people behind the Red Horse Beer Muziklaban have recognized his importance and given him his rightful place to shine and be in the spotlight.

To be brutally frank, let us continue to honour this man, Pepe Smith, while he is still alive. And not as what often happens to great musicians who suddenly depart from this world, to bestow belated tributes, numerous accolades, and posthumous awards–all of them rendered senseless–when the recipients themselves and their family are deprived of joy and pride due them as also enjoying and cherishing the thought that their loved one had mattered so much to others. More often than not, all those obviously insincere posthumous tributes accorded them only leave a bad taste in the mouth anyway and make the family even more sad.

Calling, presumptive President Rodrigo R. Duterte. With the many changes you intend to bring to the country and its people, I am hopeful you will not overlook the genius and gift of our Pinoy-Rock artists who in their own inimitable way touch and inspire our youth–and the young once, too.

For the first awardee to be conferred the title “National Artist for Pinoy-Rock”, I nominate Pepe Smith!