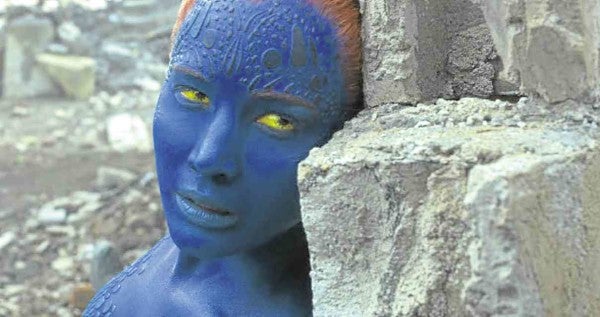 LOS ANGELES—Two months of preparation with director Darren Aronofsky, prior to their making a film together, are making Jennifer Lawrence overcome her aversion to rehearsals. “I try to never rehearse, because I get embarrassed to act when it’s not necessary and when there are no cameras rolling,” admitted Jennifer, fetching in a décolletage-baring Zara print dress at the Claridges Hotel in London.

The actress added with a smile, “I just picture my brothers, saying like ‘loser,’ and giggling at me. I always get embarrassed. So, I never really rehearse. But now, I am doing a movie with Darren Aronofsky where we’re doing two months of rehearsals and we are acting in a warehouse. It is helping me get over that. But I’m still struggling with that.”

The movie, named “Untitled Darren Aronofsky Project” for now, and also written by the filmmaker, is about a couple whose relationship is impacted when uninvited guests drop by their home and affect their quiet existence.

The movie, slated to start filming in June, is one of several projects that will keep Jennifer busy for the next few years.

She returns as Raven/Mystique in “X-Men: Apocalypse,” Bryan Singer’s follow-up to his “X-Men: Days of Future Past,” and finds the blue shape-shifter and Professor X (James McAvoy) leading a team of young X-Men battling Apocalypse (Oscar Isaac) and his own cadre of mutants, including a disheartened Magneto (Michael Fassbender).

“At the moment is key,” Jennifer stressed when complimented about staying as the actress du jour and how she keeps up with the scripts that must be piling up on her desk. “Definitely always be aware of that or else I would have a meltdown in 10 years. I don’t really get a lot of scripts. Also, I am so booked for the next few years that there isn’t really anything for me to read, because there is no time.”

“It was really nice with all of the kids coming in—well, they are not kids, they’re all adults—but all of them bring a fresh touch,” she remarked. “Fassbender, McAvoy and I are used to each other. So, it was nice to bring in some young blood.

“Raven has learned so much and has been through so much that it was nice for her to come to this place where she is starting to give back, teach and learn from her own mistakes.”

“I peaked, I know,” she cracked with a grin when told that before even reaching 30, she has already won an Oscar and three Golden Globes.

Does she sometimes feel that she is living her life backwards? Some folks attain this level of success much later in their lives.

“Not really,” she replied. “It’s all relative. I don’t know what it would be like to live it any differently. I hope I’m not living it backwards, because as I get older, I become less successful. I feel like it happened very soon, so I grew up quicker. But I hope it doesn’t digress (laughs).

“I lived in a rat-infested apartment when I was 14. I put my blood, sweat and tears into all of this.”

As for ageism in Hollywood, Jennifer commented, “Aging for women is a bigger deal than aging for a man. It’s not fair, but that’s life. I can’t change my gender, and I can’t stop crow’s feet or aging. So, I am just going to move on and decay like everyone else (laughs).” 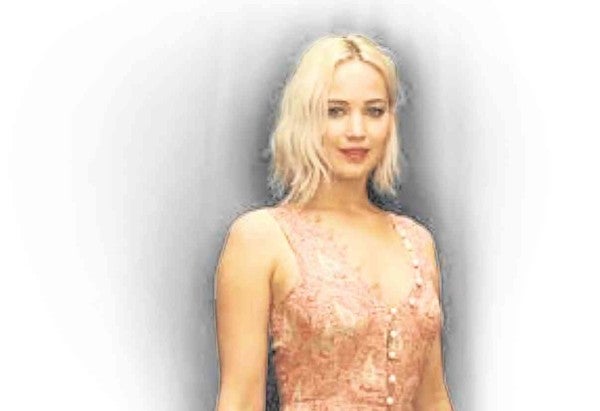 On what kind of a leader or boss she is in real life, and if she has ever kicked ass, Jennifer latched on to the humor in the question and quipped, “I have never beaten someone up. There’s still time. (laughs)

“What kind of boss am I? I find that my voice, when speaking to people who have done something wrong and I have to reprimand them, I go really cruel and mean in a funny way.

“Thank you for thinking I am mature,” she answered when told that she seems wise beyond her years. “I haven’t been in school since I was 14, so I haven’t really been around people my age.”

“I wouldn’t change anything about my life,” she maintained. “But I’d love to have some paparazzi laws changed for the betterment of all our lives.”

Asked what she would do to change the world if she had her character’s super powers, Jennifer wryly noted, “I don’t know if a shape-shifter can change the world, unless I turned into a world leader… I would love a Trump-free world. But I am a shape shifter, so I don’t know.”

She added, “I am definitely bossy enough to be a leader. I don’t think I’m smart enough to actually lead the world.” (laughs)

Not surprisingly, this achiever relishes hopping from one set to the next. “I love having free time. Nothing in my life is luxurious (laughs). But I also love working. Time goes by quickly when you’re going from job to job to job.

Speaking of sets, Jennifer took credit for introducing the “punching game” or “circle game” on the “X-Men” set which is played this way, per Wikipedia: “A bully holds his or her arm downward, forming his or her hand into a circle. If the potential victim is tricked into looking at the bully’s hand, the bully takes this as license to hit the victim.”

“Well, I brought the game from ‘The Hunger Games’ to ‘X-Men,’” she admitted. But she clarified, “I am not the one who decided to brutalize everyone on set. With the boys on ‘Hunger Games,’ we punched each other, but no one was trying to permanently, seriously harm someone.

“When Fassbender, McAvoy and Hugh (Jackman) got involved, they punched each other as hard as they possibly could. James’ arm was black, and it looked like he had the flesh-eating virus. James smacked Simon Kinberg (‘X-Men’ producer) so hard in the face that his contact lens popped out.”

Jennifer is grateful that the makeup used to make her the blue-skinned mutant has been improved. “The blue makeup definitely got easier,” she shared. “They worked hard on making that more livable, so it’s not that bad now. It takes about three hours, and getting it on is fine.

“But taking it off is hard, because they glue it. It’s intense glue that is supposed to hold all day. You sweat 15 to 16 hours, so getting it off always leaves a mark. Plus, I am allergic to adhesive, so that is ‘nice.’”

On the power of the Internet—Jennifer’s essay on Hollywood’s gender pay gap on Leny Dunham’s online Lenny Letter stirred heated discussion and controversy—she reflected, “There’s good and bad to everything. On the Internet, every single person has a voice now. It’s such a powerful thing. We can hear about bombings that are happening in Afghanistan, because somebody is filming it with his cell phone.