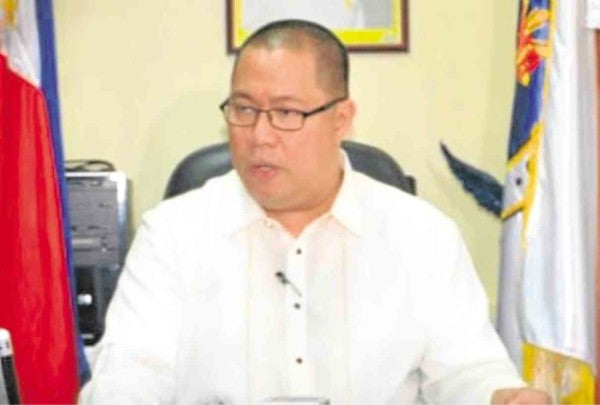 In commemoration of World Intellectual Property Day last Tuesday, a video-making contest for Metro Manila-based film students was launched by industry representatives at a press conference in Makati City.

The tilt, open to film students, requires contestants to create a 60-second video on respecting copyrighted content. Prizes include a trip to the United States, P10,000 cash, a camcorder and subscriptions to a video-on-demand service (Hooq, iflix or Blink).  (For the full mechanics, visit the Rise Against Movie Piracy Facebook page.)

Teaching the youth to respect other people’s intellectual property would have lasting effects, according to Optical Media Board (OMB) chair Anselmo Adriano.

Adriano, who succeeded Ronnie Ricketts, will serve a three-year term.

“We’re thinking of asking the help of the Department of Education to include a one-hour lecture about intellectual property [in schools], and make students understand that it’s wrong to take other people’s property. You have to start them young,” Adriano told theInquirer in an interview before the press conference.

The OMB is tasked with confiscating illegally recorded and sold video and audio CDs, as well as other pirated content on compact discs.

On his predecessor Ricketts, who was suspended by the Sandiganbayan in January and is facing graft charges with three other OMB personnel, Adriano said, “The case filed against him is still ongoing with the Sandiganbayan, along with other officials of the OMB.”

He said that while he cannot comment further on the issue, tasks such as raids and the confiscation of pirated CDs continue. Adriano expressed, however, that there are changes that the OMB currently needs in order to function better.

“There are thrusts that we have to focus on. First, the review of the charter. The OMB is dependent on technology. So we have to make sure that the law, which was passed in 2003, has to [adapt with] the times. There’s always new technology; [the charter] doesn’t adjust to it,” he said, referring to the board’s continued focus on the CD format.

Adriano added, “That’s one of the things we’re looking at, whether [or not] we have jurisdiction over the USB (storage device). So anything that is digital, as long as there is no consent of the author, [it] should be within our jurisdiction.”

Another matter that merits discussion, the OMB chairman said, involves the improvement of the board’s operations: “Enforcement does not end with just the arrest of people. We plan to give it a human face. Displaced vendors, for instance … the ones who always complain that it’s their only way to earn—would be offered alternative means of livelihood. I’m coordinating with my former office, the Department of Trade and Industry, to craft means for the vendors to go legit.”

Presence is a deterrent, Adriano emphasized, so he hopes that antipiracy operations will properly extend beyond Luzon. “We’re supposed to be a national agency, but we don’t have offices in the provinces. Any time we have to raid, say, an establishment in Davao, our agents have to fly out. You can imagine the expenses … With the review of the law, hopefully, our expansion will be included,” he said.

“The focus of enforcement also shouldn’t be on retail, but the manufacturers, suppliers and importers—which is what we’ve been doing,” he added. Despite such challenges, OMB operations have been successful in the last two months, recounted Adriano: “By our last count, we were able to seize over P1-billion worth of pirated material and equipment.”