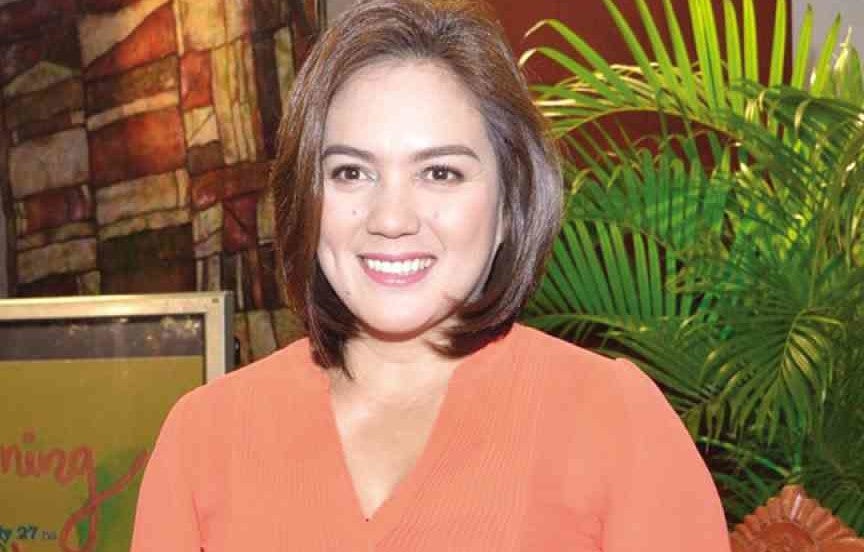 VETERAN actress Sylvia Sanchez said her only wish nowadays is to be reunited with her father, who left their family when she was only 10 years old.

“I have nothing else to pray for in terms of my career, or for my husband and children. I just want to be able to know how it feels like to embrace my father again after many years,” the actress told reporters during a recent press conference for ABS-CBN’s latest fantasy-adventure series “My Super D.”

Sylvia broke down in tears when the cast members were asked why they think their fathers are “super dads”.

“The last time I saw him was when I was in Grade 5,” Sylvia would later tell the

Inquirer. Her dad, Robert Ocampo, is a retired seafarer.

“I used to be his favorite child,” the actress said. “I know this because he would bring two huge bags of pasalubong whenever he would come home from work. One bag was just for me and the other was for my siblings.”

She considers her father a “super dad” because “he was the one who turned me into an achiever.”

She explained further: “When I look back at my old life, I wonder how different it would have been if my father did not leave us. He was the one who inspired me to work my hardest. I grew up a strong person because of him.”

“I was in Grade 6 when I first saw his photo with his other family in Brazil,” she recalled. “It was then that I told myself to no longer wait for his return. From that day on, I became my family’s breadwinner. I made sure my siblings were raised well, even without him around. I worked so I could send them to school.”

“A man approached me at a mall and told me he was a friend of my father’s and that Papa already died two years ago [but] another person told me he was in Brazil with his other family.”

Like her children—Arjo and Ria, Sylvia also wants to see her father again someday. “But like what they all say, a person who doesn’t want to be seen will never be found.”

Sylvia recalled the times when her father would bring her to Rizal Park and Manila Zoo when she was young. “This was why I would always wish not to be part of a project that tackles a father-child relationship. I did several scenes in Rizal Park for ‘Be Careful With My Heart,’ and it was too painful. I cried in the car for two hours. But I’m a professional actor so I was able to pull myself together, eventually.”

Sylvia said she had eventually learned to forgive her dad. “I have a lot of questions for him. I’m sure my mom would like an explanation from him, too. She never remarried. She believed that my father would come back for her. It was only three years ago when I finally told her about my father’s other family in Brazil. At that time, I was already sure that she could handle the news.”

“My Super D,” which airs weekdays, is codirected by Frasco Mortiz and Lino Cayetano. It centers on the relationship of Dodong (Dominic Ochoa) and his son Dennis (Marco Masa).