Amid flak over chopper use, Kris says she’s an ‘honest taxpayer’ 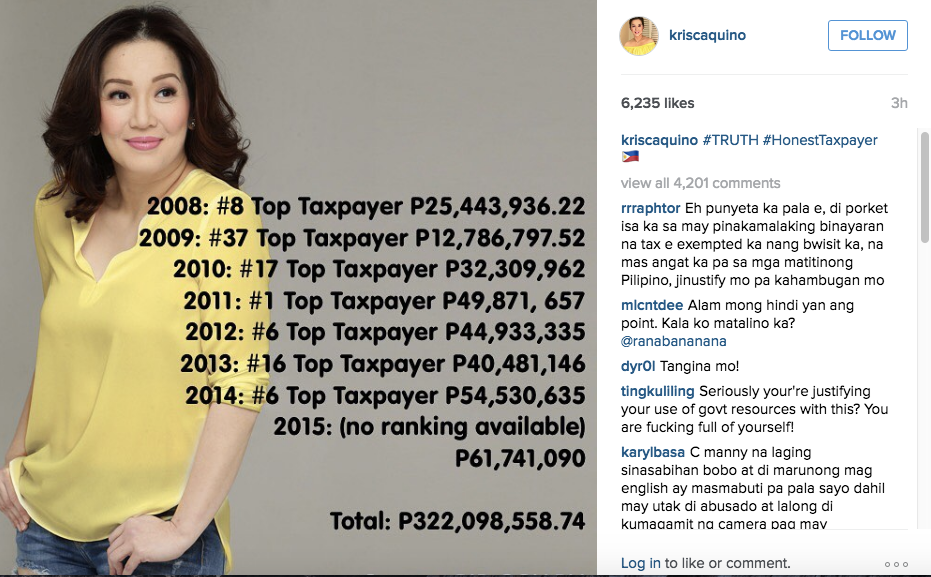 Presidential sister and actress Kris Aquino took to Instagram to say she is one of the country’s top taxpayers after she came under fire for using the presidential helicopter during one of the campaign sorties of the administration-led Liberal Party.

In her post on Sunday, Aquino posted the amount of the income tax she paid to the Bureau of Internal Revenue from 2008 to 2015.

The post drew mixed reactions, some slamming the actress for seemingly justifying the supposed use of government resources because she was one of the country’s top taxpayers.

Last week, the celebrity was heavily criticized after her photos alighting from the chopper went viral on social media as social media users and militant groups called her out for using government resources and taxpayers’ money for the campaign.

Malacañang came to her aid, saying members of the President’s immediate family were allowed to ride official government vehicles. RC