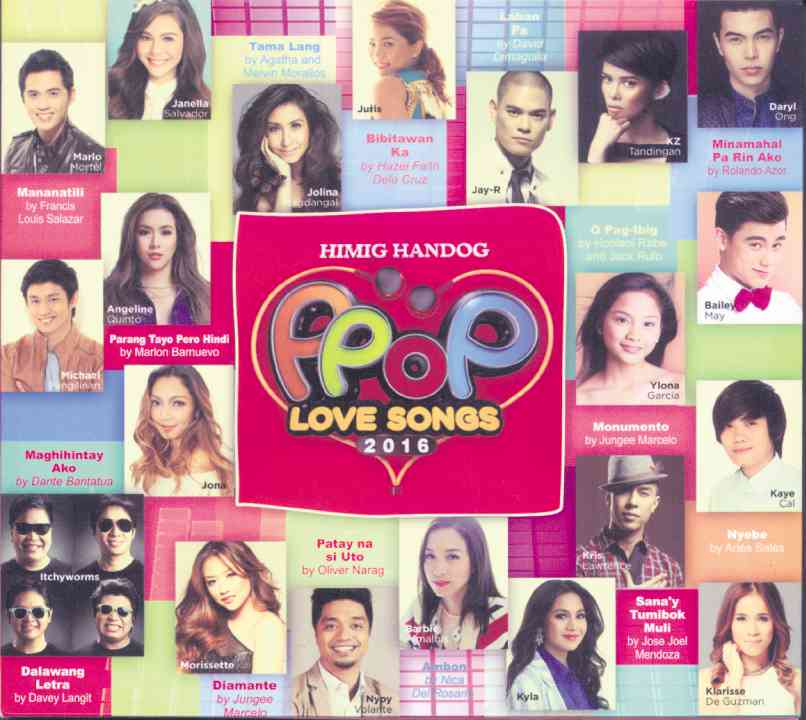 SONGWRITING tilt tackles the vagaries of love and romance.

exceptional interpreters and promising young comers—its newly minted romantic tunes are also notable for the diverse musical genres that frame their stories about the vagaries of love and romance.

Predicting the winning song entries, which will be announced tomorrow (April 24), is going to be a tough call—but, it’s safe to say that the lineup’s most radio-friendly tracks are guaranteed to tickle music lovers’ fancy:

Fueled by the exceptional tandem of Kyla and Kris Lawrence, Jungee Marcelo’s upbeat “Monumento” is a cut above the rest because, musically and lyrically, it captures the hard work required to keep love from breaking apart.

Hot on “Monumento’s” heels are Davey Langit’s “Dalawang Letra” (about heartbreak and the ambiguities of falling in love, sung by Itchyworms) and Honlali Rabe and Jack Rufo’s “O Pag-ibig,” which benefits from the teenage tandem of silk-voiced Ylona Garcia and a cleverly utilized Bailey Mae, who sings an appealingly arranged second voice for much of it.

Utilizing interpreter Barbie Almalbis’ soothing vocals to breathe life into her song, Nica del Rosario’s radio-friendly “Ambon” uses its rain-invoking metaphor to describe the intensity of her affection for her special someone.

The 15-song collection wouldn’t be complete without soaring ballads that showcase the range and belting skills of some of the countyr’s top vocalists:

For something edgier, David Dimaguila’s “Laban Pa” is an accessible blend of pop, rock, rap and hip-hop—which would’ve been difficult to pull off without the skill and versatility of KZ Tandingan and her featured guest, Jay R.

—but, the song also brings out the heretofore underappreciated pipes of her perennial partner, Marlo Mortel.