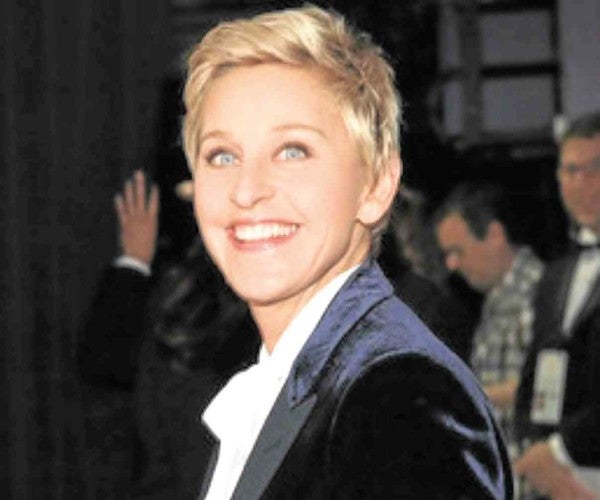 Actors act and writers write—and never the twain shall meet? Wrong. Many Hollywood stars have written books, and their local counterparts are slowly but surely following suit.

First, the US scene: Among the stars who’ve come up with autobiographical or humorous books, the pacesetters include Ellen Degeneres with “Seriously, I’m Kidding” and at least two other comedy compilations. Tina Fey’s “Bossypants” was a popular read, as was her “sidekick” Amy Poehler’s “Yes Please.”

We’re also pleasantly surprised to belatedly learn that Jerry Lewis once wrote a book about his tumultuous professional and personal relationship with his comedy teammate, Dean Martin, and provocatively titled it, “Dean and Me: A Love Story.” —Well, maybe he just wanted to sell more copies!

Other stellar tomes: “If You Ask Me” by Betty White, “The English Roses” by  Madonna, “First Step To Forever” by Justin Bieber, “Miles to Go” by Miley Cyrus (natch!), “Don’t Shoot, It’s Only Me” by Bob Hope.

More: “Then Again” by Diane Keaton, “All Things Kardashian” by Kris Jenner, “American Prince” by Tony Curtis, and “Me” by Ricky Martin.

A most instructive development is star-writers’ great zest for writing books for children. For instance, aside from “The English Roses,” Madonna has penned “Mr. Peabody’s Apples,” “Yakov and the Seven Thieves,” “The Adventures of Abdi” and “Lotsa de Casha”! —Hmm, is that last title a private joke about all the additional money she’s earning from her literary sideline?

Other stars who’ve written books for young readers include Jay Leno with “If Roast Beef Could Fly,” Ricky Gervals with “Flanimals,” Jerry Seinfeld with “Halloween,” Kelly Clarkson with “River Rose and the Magical Lullaby” (inspired by her daughter, River Rose), Bruce Springsteen with “Outlaw Pete,” Perez Hilton with “The Boy with Pink

Hair,” Brooke Shields with “Welcome to Your World, Baby” and Jim Carrey with “How Roland Rolls.”

In local show biz, celebrity-penned titles include “Make Your Nanay Proud” by Boy Abunda, “Stupid is Forever” by Sen. Miriam Defensor-Santiago, “Judy Ann’s Kitchen” by Judy Ann Santos, “Bakit Hindi Ka Crush ng Crush Mo?” by Ramon Bautista, “He Can Catch You When You Fall” by Miriam Quiambao, and “Paano Ba ‘To?!” by Bianca Gonzales.

Hot off the presses is Kathryn Bernardo’s first book, “Everyday Kath: 365 Ways to Be a Teen Queen.” The “for the fans” compilation includes tips for young people to live more focused, informed and “positive” lives.

For her part, Solenn Heusaff has cowritten a fitness book with Georgina Wilson, titled “Besties,” which will be launched this August.