Will there ever be a 'Bridesmaids 2'? Why it doesn't matter | Inquirer Entertainment
Close
menu
search

Will there ever be a ‘Bridesmaids 2’? Why it doesn’t matter 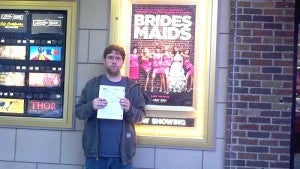 “Using My LaGrange Theatre Groupon” (CC BY 2.0) by  Groupon

It was the 2011 box-office hit that left women wanting more and men reassessing whether or not they were really the rowdy ones in a relationship, but has “Bridesmaids” ever really gone away?

Since the movie grossed $289,527,030 in box office revenue around the world, fans of the women in pink have been calling for more. Rumors of a sequel, tentatively called “Housewives,” have been kicking around since 2012, but as yet there hasn’t been much movement on the idea.

Wiig not hot on the idea 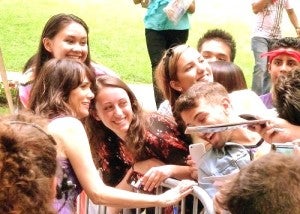 In 2013, Melissa McCarthy stated that she’d be willing to do “anything” if Kristen Wiig and Annie Mumolo were involved in the project. However, she reiterated a previous point that if both writers weren’t involved then a sequel to Bridesmaids would be a “terrible idea”.

For her part, Wiig has always downplayed rumors of “Bridesmaids 2” and even told Ellen DeGeneres that she felt the movie didn’t need a sequel.

“I appreciate that people want us to do another one, but… it’s just something we knew when we did the first one just felt very special and fun,” Wiig told DeGeneres.

How to enjoy ‘Bridesmaids’ without the sequel

However, despite the apathy from the movie’s main player, the fans still want to see another installment of the madcap comedy and that’s given rise to a host of ‘Bridesmaids’-themed products, games and spinoffs.

‘Bridesmaids’ fans who want to carry McCarthy’s face (as Megan) on a daily basis can pick up an iPhone case from redbubble.com. Despite being nothing more than a simple form of protection for your iPhone, the contorted face of McCarthy makes this well worth the £21.67 (USD$30.68/AUD$39.81).

If you fancy something a little more interactive you can now take a spin with the girls in a new slot game. Recently developed by the software developers at Microgaming, the online slot can be played at pokies.com for free and real money.

The ‘Bridesmaids’ pokie, like all examples of Microgaming pokies, features a bevy of sights, sounds and embedded clips from the movie. So, while you’re spinning in symbols in search of a jackpot worth upwards of AUD$100,000, you can relive some classic moments from the movie itself.

But what if you’re looking for something a little more like the real thing? Well, for those of legal age, moviedrinking.com has the perfect game. Aptly titled the Bridesmaids Drinking Game, the main premise is simple: take a shot each time a certain event happens in the movie.

After lining up your drinks and pressing the play button on your DVD player (or Netflix account), the cues to drink you need to remember are:

While it’s unclear whether we’ll see another “Bridesmaids” movie, the fact that you can accessorize, try your luck on slots and drink along with the girls should be enough to keep you smiling until Wiig decides to change her mind.