Broadway to say good-bye to ‘Matilda’ in January 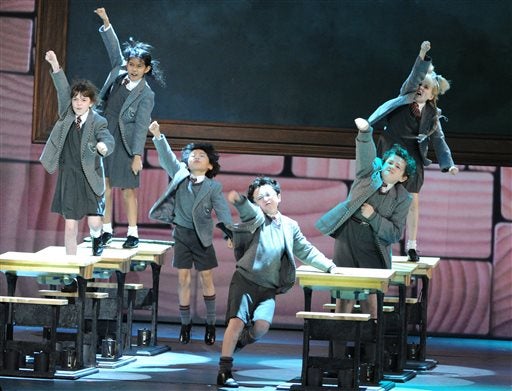 In this June 9, 2013 file photo, the cast of “Matilda The Musical” perform at the 67th Annual Tony Awards in New York. The Tony Award-winning English import “Matilda” will stop terrorizing Broadway early next year. AP

Producers of the witty musical adaptation of the beloved and dark novel by Roald Dahl said Thursday the show will close at Shubert Theatre on Jan. 1, having played almost 1,600 performances.

The musical tells the story of a precocious and slightly telekinetic Matilda Wormwood, an English girl who loves to read despite the disdain of her sleazy parents. She is befriended by a kindly teacher but opposed by the fearsome school headmistress.

The show, which paid back its $16 million investment on Broadway, is still playing in London and a production is in Australia. A U.S. national tour started in May 2015 and is ongoing.