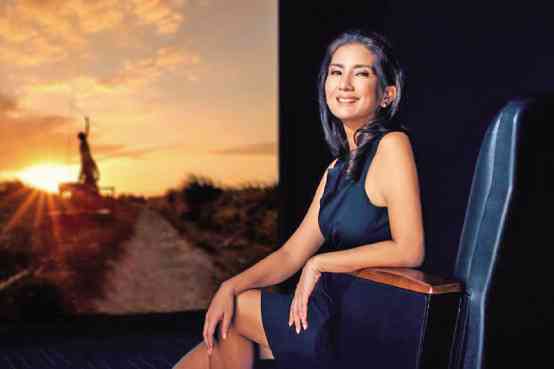 “If we don’t start restoring them now, we will lose them forever,” said Manet Dayrit, president of Central Digital Lab, of the hundreds of Filipino classic films in storage all waiting to be restored and digitally remastered.

Since it started restoring classic films in the late 2011, Dayrit’s team, in cooperation with the ABS-CBN Film Archives, has completed work on over a hundred films produced from 1976 to 2011, including Ishmael Bernal’s “Himala” and Peque Gallaga’s “Oro, Plata, Mata.”

“If we don’t start scanning them now, they will disappear. We have to see it as extinction for a lot of films. There is really an urgency,” said Dayrit on Tuesday as she toured the Inquirer around her office in Makati City, at the same time explaining the painstaking and thorough restoration process. “That’s why I like the fact that ABS-CBN called it ‘Sagip Pelikula,’ because it truly is the case for some titles.”

In August 2015, the ABS-CBN Film Archives launched the “Sagip Pelikula (Save Our Films)” advocacy campaign to further its cause of restoring Filipino classic films.

“I’m glad that our work is now being appreciated,” Dayrit said. “A lot of today’s youth are seeing these films for the first time. Also, when people watch (a remastered film) in the movie house, they say it looks like it’s a brand-new movie, or that it’s better than the original. That feels so good.”

She was also pleased that the partnership between ABS-CBN and Rockwell Cinemas paved the way for the mounting of “REELive the Classics” film exhibition in August 2015. “At least, there’s more opportunity for people to see the films.”

Dayrit, a film editor, added: “This is my advocacy, my way of giving back to the industry that I love and have been working in for more than 20 years.”

There is fulfillment that you get out of completing each project, she said. “The biggest compliment is when the people who worked on the film—the directors, cinematographers, actors and production designers—see it for the first time in 20 years and say it looks better than the original.”

Dayrit recalled: “[Roño] said he was overwhelmed by the thought that the film will last more than him, that it will live forever and that there will be a new generation of viewers who will appreciate it.”

Dayrit trained under the late director Marilou Diaz-Abaya. “Since there was no copy of her movies, she would tell us stories about how she made films like ‘Karnal.’ You can imagine how I felt when I finally saw it in the movie house.”

Dayrit recalled the moment when Abaya’s sons, Marc and David, saw the film for the first time during its premiere, which was also attended by Marilou’s husband Manolo, the film’s cinematographer.

“The kids were reacting to it. They said, ‘Ang galing naman ng Mommy’ and to their dad: ‘Magaling ka pala?’ I wish she was there to hear her kids react to it.”

The award-winning director died of cancer in 2012.