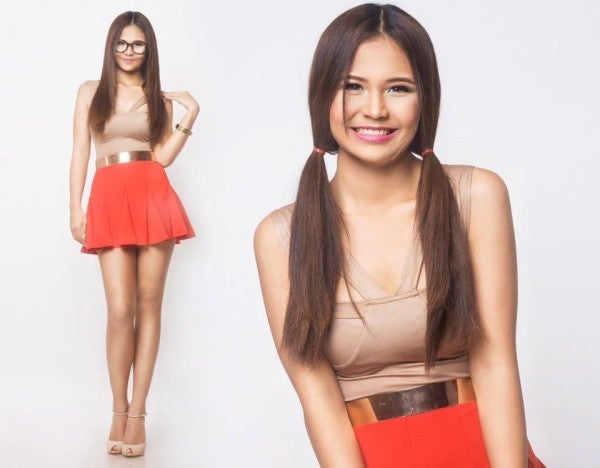 Determination is always a key to achieving success. Once you have found your calling in a profession that you are whole-heartedly for, then it would only be a matter of time before all your hard work would pay off.

This is certainly applicable to Kris Angelica, one of the fastest rising teen singers in the country now. It is precisely this zeal which helps build up her career as a professional singer because it leads her to gain more recognition in OPM.

Since she was a kid, Kris Angelica has done her rounds of joining amateur singing contests, singing competitions in

local noontime programs, and talent reality search shows in which she would either win or would readily reach the finals. More recently, she has begun to be an Internet sensation with her original hits and cover songs. This fact has not only turned a lot of heads of music aficionados in her direction, she likewise is beginning to be noticed in a few other countries in Asia.

Now more than ever, and rightfully so, there is a demand to see and hear “new faces” and I believe that Kris Angelica belongs to this growing movement in OPM mainly because the opportunities are here now largely due to the “wonders of the Internet” which were obviously not available before. Now, it is up to her to continue to seize these golden opportunities as they present themselves.

Indeed, it is up to the likes of Kris Angelica to help us move forward and out of the “Dark Ages”–a stagnant and murky period–wherein it has been mostly the same “old faces” that have been dominating and monopolizing the industry for shockingly nearly three decades already.

That is why I have high hopes for Kris Angelica. In fact, for all of them, too, who I have written about and interviewed in the past. Kris Angelica is just one of these young and fresh singers that represent the New Generation which help greatly in providing a “breath of fresh air” to an industry that feels “old.”

I had once said before, and I just have to say it again, that “OPM is not dead, it just feels old” even though I got a ton of heat for it. Well, it still has to be said because it is true!

Must we be reminded again and again that the youth, the current generation, and especially the kids now, have every right to follow and be fans of artists who belong in their age group as they can relate to them the most?

If the youth want to support the New Generation of singers only and not your exclusive and tightly-knit group which the music world has chosen to leave behind, there is nothing you can do about it. Our young people are fed up already. The “winds of change” have begun to blow and there is no stopping them now. 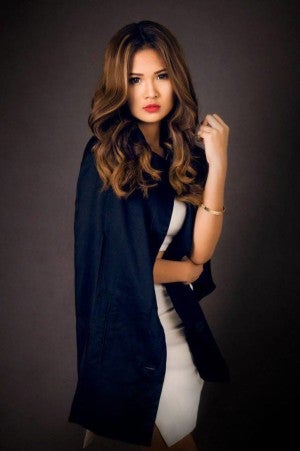 That is one reason why I feel so very strongly when it comes to providing additional mainstream media exposure and lending my support to the New Generation through my column because if you want real change to happen like I do, then you should do something about it. I believe that there is a higher purpose in everything we do and so I choose to do this because it is what is right.

Now, it is worth noting that this will be, in fact, the very first interview Kris Angelica is giving for Inquirer.

Below is my in-depth interview with Kris Angelica.

1) What/who first inspired you to get into music?

Kris Angelica: I was inspired to sing because when I was little my cousins likes to listen and sing Mariah Carey and Whitney Houston songs and I thought that I wanna be like them someday.

2) What was the first song(s) you learned?

Kris Angelica: The Greatest Love Of All by Whitney Houston

3) Is your family musical?

Kris Angelica: Yes because everytime that we have a family gathering, there is always a videoke machine for us to sing our hearts out.

4) Were you influenced by old records & tapes? Which ones?

Kris Angelica: As far as I remember, when I was a kid. I always play the tapes of Celine Dion, Whitney Houston and Mariah Carey in my walkman.

5) Who was your first teacher in music?

Kris Angelica: I was enrolled in a music school by my mom but I didn’t finish it because it’s expensive, then my Father started to join me in amateur singing contests and that’s where I learned a lot about singing and that’s the best and one of the hardest experiences ever! So I’ll say that the amateur contests that I joined taught me a lot about music.

6) Which famous musicians have you learned from?

Kris Angelica: These days.. I’m really into Ariana Grande and Beyonce because I adore them for being able to sing live in a perfect way, just like Whitney Houston. 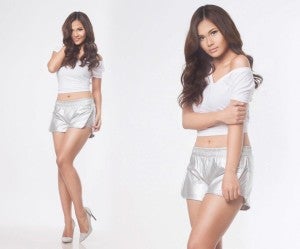 7) How often and for how long do you practice?

Kris Angelica: I actually need to practice everyday to exercise my vocal chords. Kahit 2 songs lang everyday so that my voice will always be ready for a performance.

8) What do you practice – exercises, new tunes, hard tunes, etc.?

Kris Angelica: I’m practicing on how to modulate or control my voice and my vibrato :)

9) You are in that phase of your young career wherein it is only natural that you are still experimenting with your sound in short finding your true musical inclinations. What genres are you most comfortable with and which you feel are best suited for you?

10) What are your fondest musical memories? In your house? In your neighborhood or town?

Kris Angelica: One of the fondest musical memories that I will never forget for the rest of my life is when I performed with David Foster in his concert in Araneta Coliseum. Being able to perform with Regine Velasquez, Ogie Alcasid, Rachelle Ann Go and a lot more artist is one of the most memorable experiences for me too.

My Birit Baby Eat Bulaga experience is my 1st TV appearance and also, my out of town shows with my My|Phone and Red Models and Talents Family :)

Kris Angelica: I really hope that a lot of people will appreciate and be inspired with my music and I’m looking forward to do more original songs and collaborations with other artists.

12) What are your long-term career goals?

Kris Angelica: I wanna finish my studies and I want to be stable and happy while being known for my own songs where people can remember me even when I’m not singing anymore.

13) What are the qualities you have which you feel set you apart from all the other young and talented local artists we have now?

Kris Angelica: I am a belted singer and not in my wild imagination that I can do rap also. I am trying to be versatile in my own way by trying another genre and to prove myself that I can do more than singing. I’m also interested in Modelling. They actually want me to join Binibining Pilipinas but I really wanted to focus first in my singing career. I actually want to learn a lot of things and I’m very open to a lot of opportunities. I can act and dance too but it is not the qualities, it is my passion in singing.

14) If there is one song–old or new–that perfectly encapsulates who you are today, in terms of your thought processes and how you approach life in general, what would that song be?

Kris Angelica: That song would be my first original single under Viva Records. It is called “Sabi-Sabi”. Written and composed by Thyro and Yumi. Sabi-Sabi is a song about reaching out for one’s dream despite the discouragements from other people.

15) Who is Kris Angelica in a nutshell?

Kris Angelica: I am God fearing, loving and a happy person. I am the type of person who would do anything for my loved ones, friends and family. Their happiness is my happiness too. I also love seeing my supporters being inspired with my songs, and it motivates me to do better. I’m shy at first but I’m actually very “makulit” and “madaldal” when I’m with my close friends.