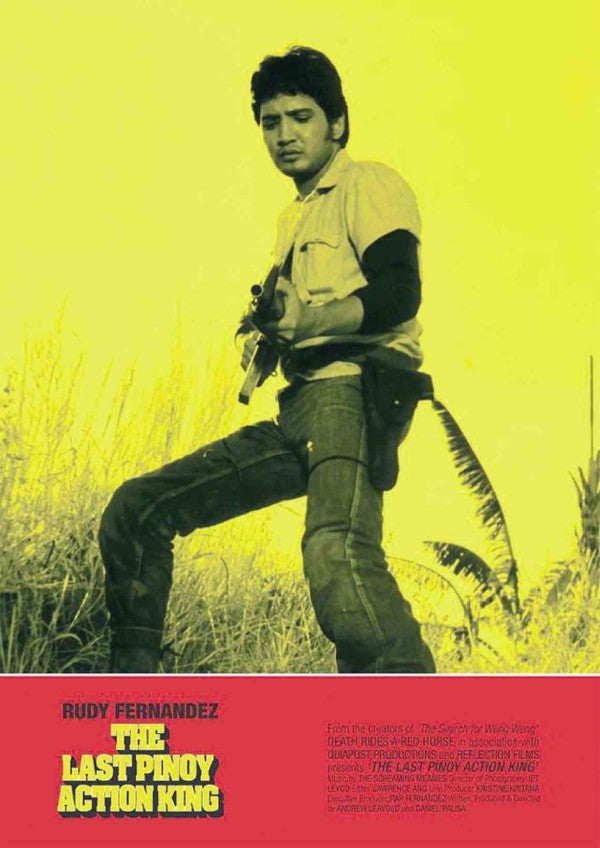 Cinema ’76 is a pet project of the producers of Jerrold Tarog’s “Heneral Luna,” which will be shown again in the micro-cinema on April 9, to mark Araw ng Kagitingan.

Also set this month is a retro of the films of the late action star Rudy Fernandez, beginning with screenings of Andrew Leavold and Daniel Palisa’s documentary “The Last Pinoy Action King.” Set from April 8 to 15, the retro will include films like “Bitayin si Baby Ama,” “Tatak ng Yakuza,” “Sandakot na Bala,” “Baun Gang” and “Bingbong Crisologo.”

Other indie films are in the lineup this month. Elwood Perez’s “Otso” and “Esoterika Maynila” will be shown from April 15 to 21. Beginning April 22, Cesar Hernando’s “Gayuma” will be presented, along with his short films “Maalinsangan ang Gabi” and “Kagat ng Dilim.”

Lastly, Raymond Red’s “Himpapawid,” “Kamera Obscura” and the newly restored “Anino” will be featured from April 29 to May 5. Red’s short film “Anino” won the Palme d’Or at the Cannes Film Festival in 2000.