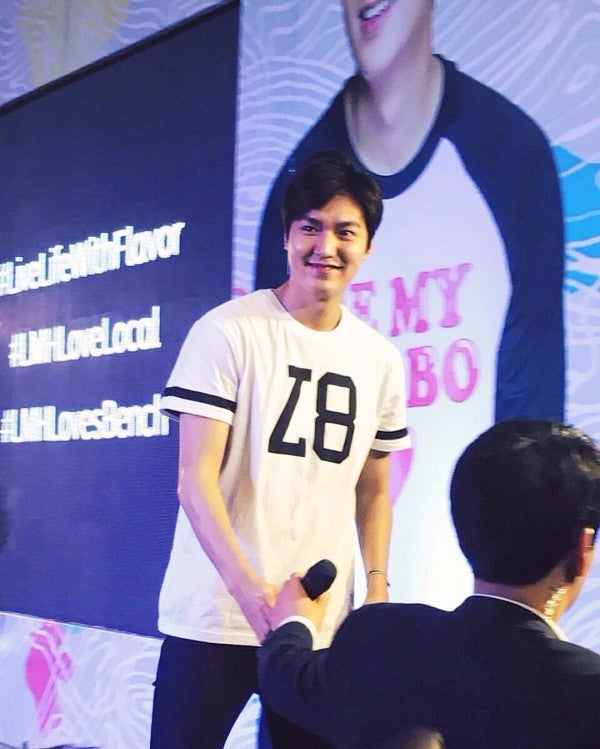 Korean actor Lee Min Ho entertained thousands of Filipino fans during his mall tours in Manila and Cebu over the weekend.

This is the fifth time Lee visited the country as the endorser of the clothing line Bench. His first Benchsetter Fun Meet was in November 2012.

He charmed the audience with his ‘Be My Yeobo’ Fun Meet on April 2 at the Trinoma Activity Center and SM Megamall Fashion Hall and on April 3 at the SM Seaside Cebu and Ayala Cebu.

He said that he was busy with his next movie ‘Bounty Hunters’ , a 35-billion won (Php 1.4 billion) movie collaboration with South Korean and Chinese producers. The movie will be released in China in June, and Lee will star with Chinese actress Tiffany Tang in the film directed by Shin Tae Ra.

Other commercials are lined up for the Korean heartthrob, who became famous for his unforgettable roles in Boys Over Flowers and Gangnam Blues.

Lee also announced that he would be in the main cast of an upcoming Korean soap opera. Gianna Francesca Catolico