Fans of Lovely Starlet should start praying that this rumor is a false alarm.

A mole allegedly spotted LS enjoying a dinner date with Controversial Celeb in a fab resto. Let’s just cross our fingers that CC is wooing LS as a possible endorser in the ongoing campaign.

Alas, the alternative is particularly ghastly. LS seems too naïve and vulnerable to get entangled in the web of CC’s machinations.

In the first place, why is CC hanging out with LS? Not only is CC married; CC’s old enough to be LS’ parent.

According to the grapevine, PS whisked off ES and won her over with a deluxe vacation during the Holy Week. Curiously, PS was likewise seen with another Former Lover in the same touristy spot.

Is this a classic case of “namamangka sa dalawang ilog (rowing your boat down two rivers)?”

Merrily, merrily, life is but a dream?

Which leads us to another story…

ES was invited to attend a splashy event. ES waited for a long time for this particular occasion. But then, there are those pesky rumors about ES’ private life. For sure, ES might bump into inquisitive reporters in that gathering.

But then again, SP’s own home is fractured by divisiveness and hate. Worse, SP has a mean temper and disrespected Elderly Relative, who was too stunned to react.

ER is heartbroken because SP keeps snubbing another Helpless Kin.

SP has obviously forgotten where charity should begin.

Sounds like a caricature, but Colorful Personality has been showing signs of spinsterly crabbiness recently. Coworkers blame CP’s nonexistent love life for the cranky and rude behavior.

A spy insists that CP hates encountering “noisy and smelly” people on the set. CP purportedly asked the staff to ban such undesirable characters in the waiting area. 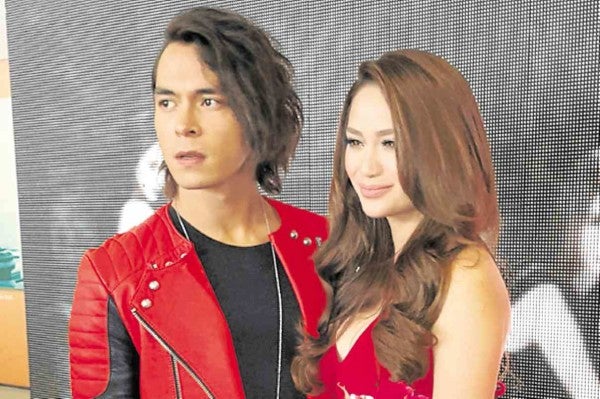