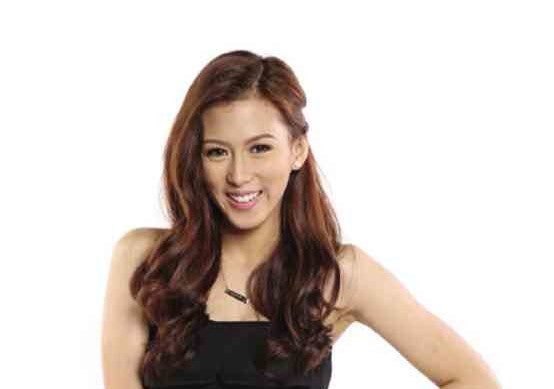 GONZAGA says her tome is “simply a guide.”

ACTRESS Alex Gonzaga is not allowed to stay out on a date beyond midnight, much like her equally popular sister Toni when the latter was still single.

The 28-year-old actress recently admitted to dating a nonshow biz guy for almost a year now, and that her parents seemed to approve it. However, her dad, Taytay, Rizal, Vice Mayor Carlito Gonzaga and mom, Pinty, has only one condition for her: Never violate her midnight curfew.

Alex’s sister, Toni, was also told not to stay out late when she was still dating her husband, filmmaker Paul Soriano.

“My parents didn’t really say they approve of what’s happening. My mom told me she would feel disappointed in us if we don’t follow the curfew, so we obey,” the actress said in Filipino.

Alex, however, clarified that although she’s now dating again, she wasn’t ready for anything serious. “I recently signed a two-year contract with ABS-CBN. I still have two years to achieve my personal goals before I start considering a family of my own.”

After helping countless women cope with breakups and motivate them to move forward with “Dear Alex, Break Na Kami. Paano?! Love, Catherine,” the actress recently released her follow-up book, which offers a guide to the different stages of dating.

The second book in the series, titled “Dear Alex, We’re Dating. Tama, Mali?! Love, Catherine,” was launched in March at the National Book Store Glorietta 1 branch in Makati City. Adding appeal to the book are practical pieces of dating and relationship advice from her parents and sister.

“They have so many rules—don’t do this, don’t do that! My book, however, is not a rule book, but is simply a guide,” said Alex, adding that she also shared her dating experiences with the same wit and brutal frankness that fans loved in Book 1.

Being the fun and perky host that she is, Alex entertained the crowd by indulging them with witty tips and hilarious retorts during the Q&A portion. She gamely took selfies with her fans and signed their books after the program.