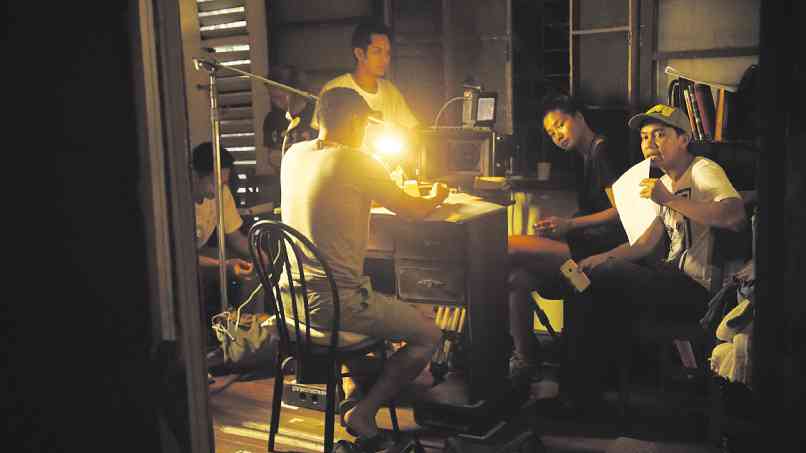 IF THEY are not crusading do-gooders, lawyers are often portrayed onscreen as despicable, nefarious characters.

“She correctly guessed that the evil lawyer in the film would be the first one to meet a gruesome death.”

Oebanda didn’t give it much thought then, but it later pushed him to explore the realm of legal eagles. “I asked my lawyer-friends about their stint as students and I found it interesting. It’s a unique world with its own rules, history, legacy and world view.”

His inquisitiveness led to the script of his sophomore film, “Bar Boys,” which topbills Carlo Aquino, Enzo Pineda, Kean Cipriano and Rocco Nacino as law students.

Oebanda, who works in a nongovernmental organization, took all of two years to finish the screenplay.

“It was a long process of research, consultation and study. I wanted the script to be as accurate as possible.”

His pals supplied him with a steady stream of anecdotes. He also interviewed people who work in the Supreme Court, the Integrated Bar of the Philippines, law students who “quit or got expelled, their loved ones and relatives, too.”

“It was a gold mine of funny and sad experiences—enough material for a TV series. So I had to trim down the script,” he owned up.

For good measure, he also shot footage of the annual bar exams vigil. “Our first day of shoot was also the first day of bar exams at the University of Santo Tomas. I filmed the crowds on campus.”

He caught different characters on camera, like fraternity members who cheered on while their peers marched to the exam rooms and a lady who went around handing out bottles of mineral water to the examinees.

“I’ve seen the same woman two years in a row. Apart from the bottles of water, she also carried a Santo Niño  imahen, which the examinees would touch and pray to every time they passed by,” he recounted.

Principal photography was a different matter altogether, since he could only shoot in San Beda every Sunday, when there were no classes. “This movie was significantly harder than my first film, which was mainly set in a sardines factory.”

Thankfully, his cast and crew were very supportive. “Carlo, Enzo, Kean and Rocco sacrificed a lot to see the film through,” he related. “They poured their hearts into every scene. They were willing to experiment with new approaches to acting.” After all, “Bar Boys” is about being open to the gift of knowledge.

“Ultimately, the film is about sacrifice,” he said. “I find it sad that many people take education for granted. Some students would think nothing of plagiarizing from the Net in writing their papers.”

But law and medical students are a breed apart, he said. “They put in long hours—sacrificing sleep, time with family and friends and their health. I admire their hard work.”

M Lifestyle Entertainment Inc., with the help of SM Foundation, acts as the film’s main benefactor, he said. “SM will release the film in September.”