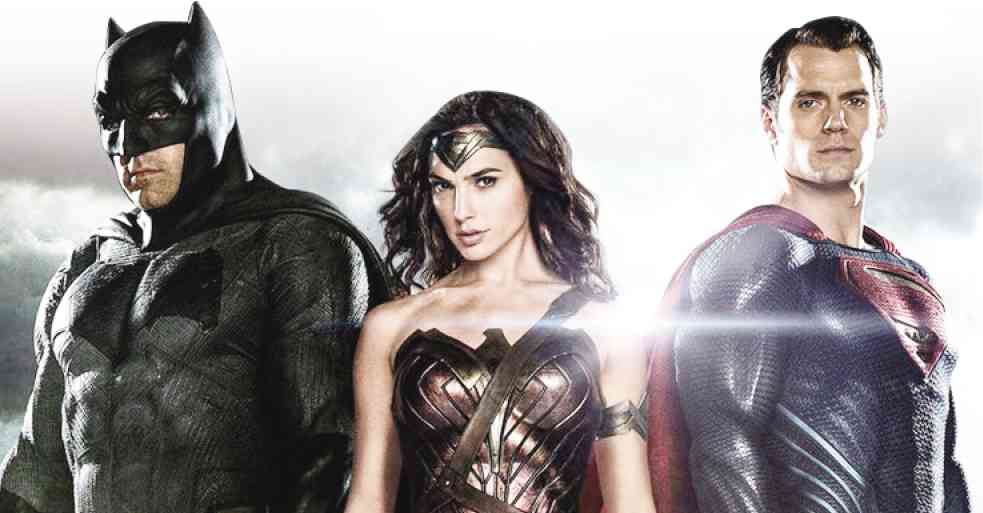 From left: Ben Affleck as Batman, Gal Gadot as Wonder Woman and Henry Cavill as Superman

Zack Snyder’s overly serious superhero epic is a polarizing film, made up of heavy, ponderous encounters that precede the much-anticipated slugfest. But “Batman v Superman: Dawn of Justice,” despite the near-monochromatic bleakness, has striking visuals working for it, at least, and introduces heroes that will form a future Justice League, to star in their own movies, eventually.

Picking up from where 2013’s “Man of Steel” left off, this now-expanded DC Universe unveils how Batman’s (Ben Affleck) story connects with Superman’s (Henry Cavill), and where the masked crimefighter was during the destruction of Metropolis, which was the site of the last film’s massive Kryptonian battle.

The film discusses accountability, a point that will be thoroughly discussed in Marvel’s “Captain America: Civil War,” as well, next month. “BvS” is able to provide the much-needed repercussions of Superman’s nearly reckless use of his powers in his solo movie, with an angry Batman, who experienced the chaos in Metropolis firsthand, scheming against the reluctant alien hero.

But despite the near-humorless approach and glacial pace, some ploys work out: Affleck is fantastic as his dichotomized Dark Knight. He and Cavill work really well, and while there is a bigger cast and shared spotlight, Superman is still aptly focused on. It gets repetitive and grating, this flawed, more “reality-based” Man of Tomorrow, but there’s Batman now to balance things out.

The scene-stealer, however, is the enigmatic Wonder Woman (Gal Gadot), who is a sight to behold in battle armor. She certainly is a welcome breather from the male heroes’ uninvolving dramas, however briefly. There are other future Justice Leaguers briefly glimpsed in the film as well, but Wonder Woman surely is the most intriguing and refreshing!

Snyder, while he’s proven himself more than capable with solid and memorable adaptations of graphic novels such as “300” and “Watchmen,” isn’t quite as impressive with “BvS,” whose screenwriters are David Goyer of “Man of Steel” and Chris Terrio of “Argo.” The glum tone and excessive focus on the heroes’ inner turmoil aren’t escapist or fun—two things that the coming “Justice League” films could still, and should be.

While certain viewers have been vocal—some fans either loved it unconditionally or loathed it for veering from established lore—it is nonetheless a blockbuster, a good sign for “connected” DC live-action films to come.