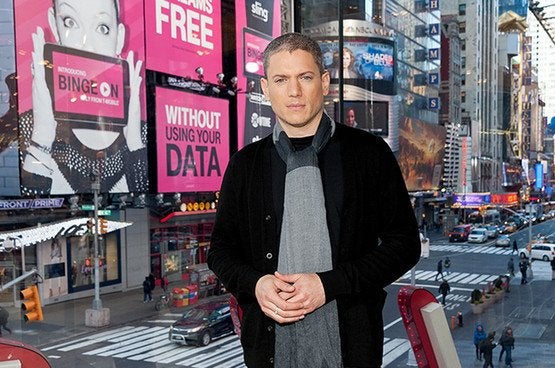 “It could have been anything. Drugs. Alcohol. Sex. But eating became the one thing I could look forward to”.

These are just some of the strong words from American actor Wentworth Miller’s recent Facebook post regarding a fat-shaming meme by entertainment site “The LADbible” which compared his leaner physique to another photo of him showing a much fuller figure.

Wentworth, best known by many as Michael Scofield from the critically acclaimed series Prison Break, shared that the photo was taken in 2010 during ”the lowest point of his adult life,” where he put on a few pounds as he was fighting depression and suicidal thoughts.

“There were stretches when the highlight of my week was a favourite meal and a new episode of Top Chef,” wrote the British-born, Brooklyn-raised actor.

“Sometimes that was enough. Had to be. And I put on weight. Big [expletive] deal.”

Today I found myself the subject of an Internet meme. Not for the first time. This one, however, stands out from the…

Despite admitting to have been hurt by the meme, the Golden Globe nominee acknowledged that some good still came out of it.

“Now, when I see that image of me in my red t-shirt, a rare smile on my face, I am reminded of my struggle. My endurance and my perseverance in the face of all kinds of demons. Some within. Some without,” he wrote.

The 43-year-old actor and screen-writer even hinted forgiveness towards his detractors.

“The first time I saw this meme pop up in my social media feed, I have to admit, it hurt to breathe. But as with everything in life, I get to assign meaning”.

Wentworth continued, “And the meaning I assign to this,my image is Strength. Healing. Forgiveness.Of myself and others.”

As of Tuesday evening, Wentworth’s post has reached some 304,000 likes and has been shared by 85,000 netizens.

Meanwhile, The LAD Bible has since deleted the viral meme and instead issued an apology directed to the actor on Tuesday evening.

“We posted two pictures of you last night to our Facebook page, but today we want to say we’ve got this very, very wrong. Mental health is no joke or laughing matter.

We certainly didn’t want to cause you pain by reminding you of such a low point in your life. Causing distress and upset to innocent or vulnerable people is simply not acceptable.

TheLADBible continues to cover how prevalent mental health issues are among our audience, as well as the damaging stigma that surrounds such matters.

We applaud your raw honesty and promise to now cover such matters in the responsible manner that our audience expects.

Responding head-on to our post is something we applaud as it will help others through similar challenges in their lives.

Once again, we got this very wrong, and we wanted to say sorry.

Wentworth Miller,We posted two pictures of you last night to our Facebook page, but today we want to say we’ve got…