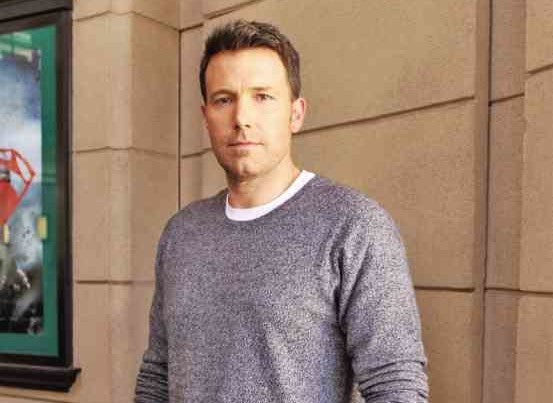 THE “BATMAN” actor is used to dealing with lost privacy. Ruben V. Nepales

LOS ANGELES—The Caped Crusader has red scratches on his right hand. “Oh yeah, I was just playing in the trees with my kid and I got scratched,” Ben Affleck explained in a recent chat at the Warner Bros. lot in Burbank, California.

Batman grinned and said, “I’m OK.  I will survive. I am not the Man of Steel, but I have grit.”

The man of grit was casually dressed in a gray sweater, white tee and dark jeans. When our conversation veered at one point toward his parents, Ben also praised Jennifer Garner (from whom he is separated) as a wonderful mom to their three kids.

“Jennifer is a great mother,” said the star of Zack Snyder’s “Batman v Superman: Dawn of Justice.” “I am lucky to be coparenting my children with her. She is an extraordinary woman and mother. So I have been lucky and blessed in many ways.”

Of his own mother, Christine (“Chris”) Anne, Ben said, “My mom was a school teacher. She worked very hard. She stayed late after school preparing her lessons and stuff. For much of my childhood, she was the only one who looked after me and my brother. She’s a wonderful woman and a great mother and model in that way.”

Although he was born in Berkeley, California, Ben and his brother, Casey Affleck, grew up in Cambridge, Massachusetts. At 8 years old, Ben met Matt Damon, who was 10, and lived in the same neighborhood. Thus began their friendship, which continued in Hollywood where they broke through with their “Good Will Hunting” screenplay, which won an Oscar and a Golden Globe.

After he’s done promoting “Batman…,” Ben said he’s going to hunker down and edit “Live by Night,” his first directing job since the award-winning “Argo.” He also wrote the film, set in the 1920s and ’30s, which stars him, Scott Eastwood, Zoe Saldana, Sienna Miller, Elle Fanning and Titus Welliver. 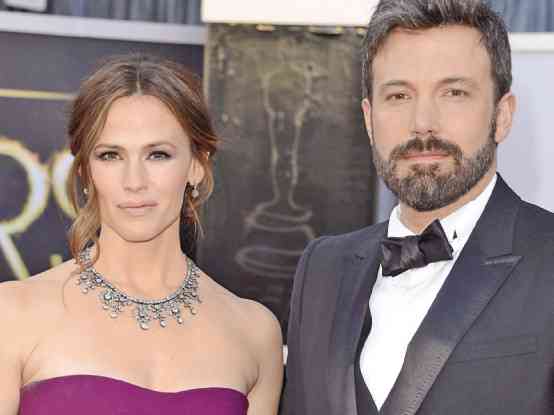 JENNIFER Garner and her ex are “coparenting” for their kids.

What did you think of Ricky Gervais’ joke when he introduced Matt Damon as a presenter at the last Golden Globes? Ricky cracked, “He (Matt) is also the only person who[m] Ben Affleck hasn’t been unfaithful to.”

I have a pretty good sense of humor about that sort of thing.  I’m not too thin-skinned.

But did you think Gervais got a bit too personal?

I have definitely come to understand that there is an exchange when you become a public figure. Which means sometimes people say nice things about you and like your movies—and sometimes, people make jokes or use you as a prop for their bits.

How have you made peace with the price that comes with being a public figure?

Being a public figure or somebody whose life ends up in the public eye comes with its own set of challenges. Obviously, there are a lot of great things that I enjoy. So, when looked at from that point of view, I don’t spend too much time bemoaning the downside that comes with it.

You lose some of your privacy. I deal with it by adopting that perspective, which is, like I say, I am quite fortunate. I have a lot of good things that happened to me in my life. I have a great life and great experiences. I have wonderful children, and my life is good. I have no reason to lament too much. It’s important to remember how blessed and fortunate we are.

Your recent guest appearance with Matt on “Jimmy Kimmel Live!” was fun.

Yes, I usually go around with Matt strapped to my stomach. I didn’t do that today because I couldn’t handle it.

Whose idea was that?

That was Jimmy’s idea.

And Matt agreed right away?

After I twisted his arm. I think Matt would have preferred that I was the one who was curled up in the suit like a koala bear. He got the short end of the stick on that one.

You and Matt are teaming up again for a reality TV show called “The Runner.” How did this show come up?

It is a show that we actually came up with in 2000. We had an idea for a contest show where one person is the runner, and he or she tries to travel across the country. You would try to catch this contestant who would leave clues about where he or she is going to be.

Anyone in the United States can catch the contestant if they get a fixed picture of him or her with their phones. We worked it out and it involved all kinds of spy craft and subterfuge.

Unfortunately, the tragedy of Sept. 11 struck and we dropped the project because it seemed inappropriate all of a sudden and not feasible.

But now, it’s in a web-based way. It’s been resurrected. It’s really interesting. 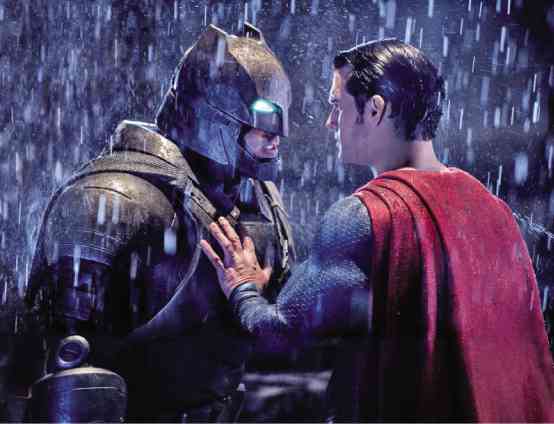 What is your Kryptonite in life?

Greasy foods are my weakness. Burgers, fast food—I definitely have a weakness for those. I don’t know if they will make me fall over and die right away. But in the long term, [they can cause] heart disease and that kind of thing.

Are you the only actor to have played both Batman and Superman?

I think I get an asterisk because I portrayed George Reeves portraying Superman (in “Hollywoodland”). But I did have the outfit on. But we weren’t trying to convince the audience of the movie that I was Superman.

How did your kids react when they first saw you in the Bat-suit?

When they came to the set, my kids were a bit taken aback. I told them to let me just take the mask off for a second and show them that it’s me under there. I took the mask off. I forgot that I had all the black, eye (makeup) on. I looked even scarier with this raccoon-eyed face.  But they eventually got used to it.

What are your thoughts on the Republican presidential candidates?

It’s depressing. I try not to even think about politics this year. You turn on the TV and it’s just acrimony, ugliness and insults. I feel like our political system has totally devolved into name-calling, shouting and oversimplifications.

It’s a shame. Maybe we go through cycles where politics turn darker. Whatever it is, we seem to be in a downturn now.

Can you give an update on “Live by Night”?

I will be going to the editing room as soon as I am finished with this (media tour for “Batman v Superman”). It’s all still being shaped and formed. Editing is a strange process. It’s a lot of ups and downs, but overall, the movie has amazing performances. I just got so lucky with the cast. They’re incredible.

I have a wonderful cinematographer in Bob Richardson and such a great production designer in Jess Gonchor, who created this rich tapestry of a world to immerse the audience in.

The hardest part about the process now is trying to find stuff to cut out because I don’t want the movie to be too long.

You started very well with “Good Will Hunting.” How do you keep your career momentum going? And how tough was your climb to where you are now?

I don’t think I started at the top. I started by delivering pizzas. I try not to think in a careerist mentality where you think, I have got to maintain some position, some status.

Rather, I would just want to work on good projects and do things that are interesting to me and hope that this takes care of itself, and that I keep getting opportunities to work. Some of my movies are successful enough where I can get another break.

As an actor, you start off auditioning for commercials and a line in a TV show or any goofy movie and anything you can get your hands on.

That mentality has stayed with me and other actors I know, where you always feel like you want to be working toward that next job. There’s a bit of a hunger that never goes away. That’s what keeps me going forward.

But I am very lucky. I love my work and this movie. In the last 10 years or so, I have been fortunate and worked with a lot of really talented people and been able to benefit from those partnerships. I couldn’t be happier or feel luckier or more grateful.