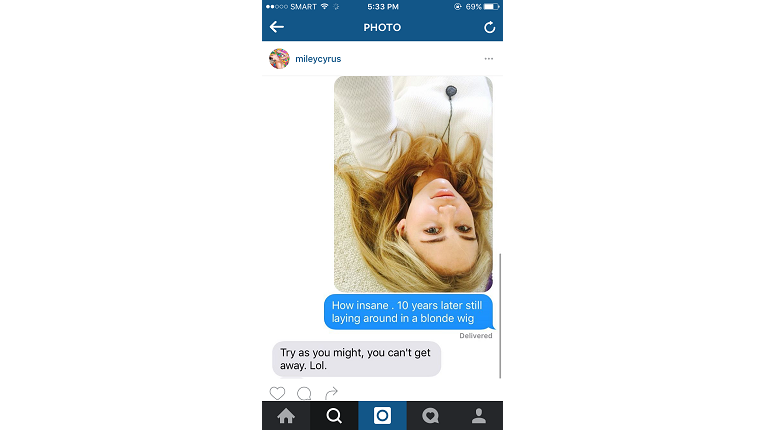 American singer-actress Miley Cyrus took a trip down memory lane as she looked back at “Hannah Montana,” the musical TV series that propelled her to fame which first aired a decade ago.

Cyrus took to Instagram on Thursday to recall her experience as lead star of the series as she thanked her costars and other people behind the show.

“Sending love to all my cast members on this anniversary … To the world it’s a celebration of 10 years but for us, the journey began way before the world had any clue who any of us are,” Cyrus wrote.

“No matter what went on over the years, our love for each other was unquestionable,” she said, adding that the cast’s chemistry was what sold the show to the producers and the channel.

Cyrus also expressed gratitude to her fans, whom she said were the reason for her fame today.

“None of it would have been possible without every single person who ever contributed to the series … I am where I am because of loyal fans that I am thankful for,” she said.

Cyrus, who has transformed herself into a pop-rock star, said she felt “disconnected” to who she was before while doing the series, but noted that “Hannah Montana” would always be special to her.

“Even though I feel disconnected to who I was at the time, I will always feel eternally grateful for the opportunity and platform I was given,” she said.

“Even though HM (Hannah Montana) is chopped up into little tiny pieces and buried in my backyard, she will always hold a very special place in my heart!” Cyrus added.

She also posted photos and videos of herself watching episodes of “Hannah Montana.”