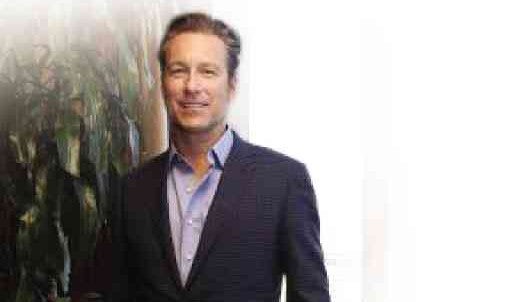 THE ACTOR says he has “a fun life.” Ruben V. Nepales

LOS ANGELES—For John Corbett, his life these days—that is, being in a relationship with Bo Derek for 14 years now, reunited with and kissing Nia Vardalos again in “My Big Fat Greek Wedding 2,” starring in the series, “Sex&Drugs&Rock&Roll,” and having a band—seems a perfect “10.”

“I keep waiting for the bad news to happen when I don’t get to live this crazy life but, man, it just keeps happening,” said John, smiling and radiating easygoing charm one morning at the Mandarin Oriental New York Hotel.

The tall (he’s 6’ 5”) actor, beloved by fans to this day for his TV roles in “Sex and the City” (as Aidan Shaw, Carrie Bradshaw’s blue-collar boyfriend) and “Northern Exposure” (as a bohemian radio DJ, Chris Stevens), was dressed in a patterned jacket, dress shirt, jeans and brown shoes.

“I dress myself,” said the West Virginia native. “I found out a long time ago that if you go to Brooks Brothers, you can always find some nice clothes to make you look like you’re more intelligent than you are.”

Can you talk about your life with Bo?

Bo is coming in for the premiere, so I’m excited.  I’ve been working on my TV show for a little over three weeks, so it’ll be nice.

We have been together for 14 years. We live up past Santa Barbara in California. We have a nice little ranch. We ride horses.

We don’t have children, but we have furry “children”—German shepherds and Irish wolfhounds.

Bo’s whole family lives near us.  Her sisters and their husbands and children are two miles away. Bo’s mother and father, Norma and Paul, are in their early 80s, but they act like they’re in their early 40s.  We spend a lot of time with them—weekends and barbecues.

The weather’s always pretty nice where we live, so I ride motorcycles with Bo’s brother-in-law, Mike. We play guitars. It’s a fun life.

What was Bo’s family like when you entered her life?

Bo’s husband, John Derek, passed away in 1998. (John and Bo began their relationship in 2002.) Bo was single and wasn’t dating at all for those four years. So, in her family’s eyes, it was time for her to move on.

They were happy that she found somebody to go out, have a few laughs, and have dinner with.

Initially, because she lived where we live now, which is in Santa Ynez (California) and at the time I lived in Seattle and Los Angeles, I wasn’t there a lot because I was commuting back and forth. I’d show up for a few months, and we’d go to dinner.

Then, I’d leave for weeks. It was something that grew. Bo’s family was really accepting. We’re still really close. They’re an unusually tight family. Her family is now my family.

What do you miss about the Greeks in the last 14 years since the first movie?

[When] I go to Greek restaurants now, I’m not recognized anymore, which can be a good thing, too.  It still stings a little bit when they don’t (laughs).

And how about kissing Nia again after 14 years?

They’re delicate scenes. I remember Nia was really nervous about it the first time out. I came out of my trailer and onto the street. We were shooting some scenes, and we didn’t know each other at all.  We were going to kiss in the first movie in a few days.

I could see she was a little sweaty lipped about the whole thing because, don’t forget, she’d never done a movie before.  She didn’t know how these things worked. I said, “It’s like this. Let’s just kiss right here.” We had a big kiss right there on the street.

They (kissing scenes) can be fun, and we got to recreate it in this second movie.

The family of Nia’s character is a big one—loud, fun and always around. Do you also come from a big family?

I come from the exact opposite. I had a single mother, who was only 20 years older than me and that was it.  It was just the two of us and her mother who lived down the street—my grandma.  My mom worked in the supply room of a hospital when I was growing up. She would work different shifts, so I would stay with my grandma. I was the little prince of that household.

When were you aware that you have charisma, that you can charm people?

I think it was just from being raised by a single mom.  I mean, I’ve always had a 12-month supply of confidence ever since I was a kid (laughs).  And there are different terms for it—huge ego, braggadocio, show-off—whatever you want to call it.

Was there something specific that your mom imbued in you that gave you confidence?

My mom went to heaven a couple of years ago. I remember her thinking that everything I ever did was A-OK. She bought me my first guitar. I’ve been playing since I was 6 or 7. I have a touring band now. We were very poor.

I remember returning when I was 24 and having been in California for five or six years. She was still in that apartment.  I found out that the rent in 1983 or ’84 was $65 a month. You didn’t feel it but, looking back, I was like, man we were really poor. She really knew how to string a couple of nickels together. So, buying me a nice guitar when I was a little boy was a big stretch.  The guitar was more than a month’s rent. 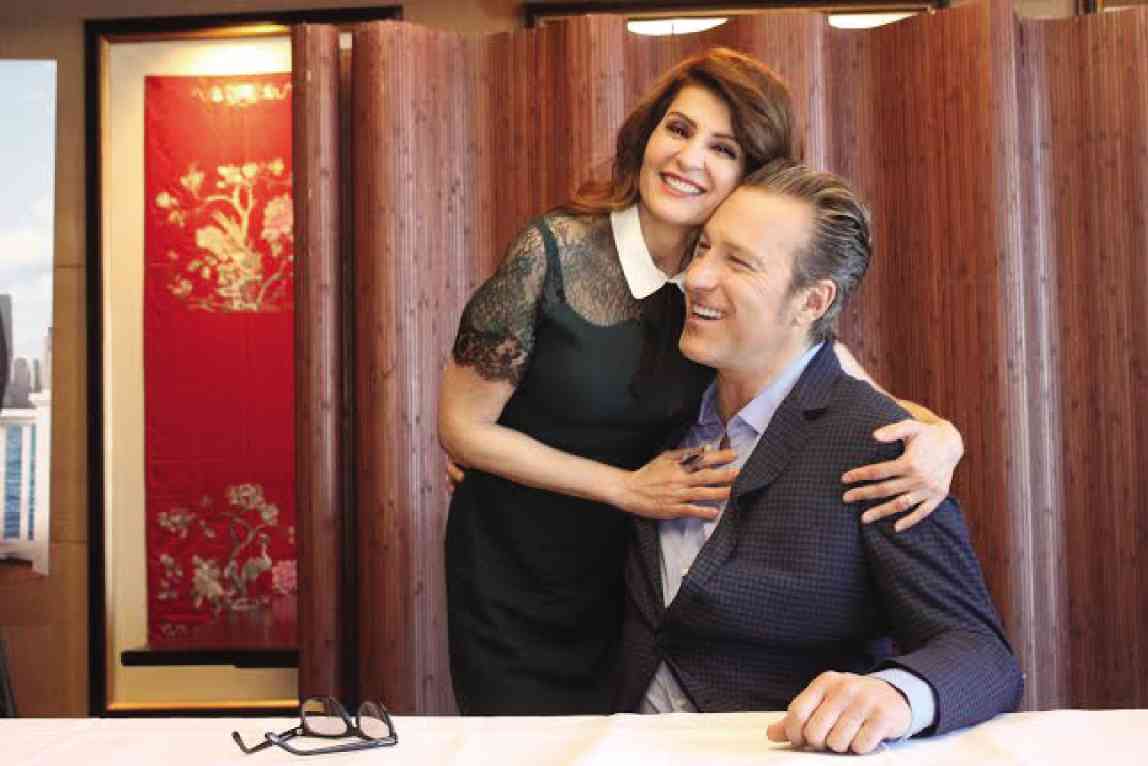 As in the parents that you and Nia portray in the movie, who are anxious about their daughter leaving home for college, what was it like for your mom when you left for California?

I remember my uncle Phil, who’s still alive—he’s in his 80s and is my only surviving relative—he grabbed me and said, “Don’t come back.” He knew it was a good thing.

I went to my dad who abandoned us when I was 2. He lived in California and was a welder. I knew I wasn’t going to go to college. So I called my dad and said, “If I go there, can you get me a job?”

He said, “Yeah.” I didn’t know this guy, also named John. I’d seen him from when I was 2 around three times… nice guy—one of those guys who left and started another family. He gave us the $100-a-month minimum support.

Can you talk about your TV series, “Sex&Drugs&Rock&Roll”?

Denis Leary created this TV show. We’re four guys in our 50s and getting the band back together.  Denis upped the ante this year.  He’s made it more sophisticated, put more sex into it, and the jokes are funnier.

How serious are you with your music career?

About 11 years ago, I put my first record out. On that first year, we did 260 shows across the United States.  We got on country radio.

But we’re  good.  I don’t know how good I am as an actor, but I’m a really good musician and singer (laughs). I’m not Pavarotti, but for what I do, for country rock, I can hold my own. We can pack a 500-seater all day long if we go to St. Louis or Kansas City.

We just came off a tour.  We started in Nashville and, eight days later, ended in Birmingham. We played every night.

We’re four dudes. I’m the tour manager and… I run this whole show. I drive every single mile, so it’s exhausting because after the show, we also do a meet and greet.

After the first album, which got good reviews, you made a second one.

I got amazing reviews. It blew me away.

Do you plan to make more albums?

It’s something I’ll keep on doing until I get bored of it, probably. The thing is, making a record takes me almost a year of my life to do, to make it right. My records cost me $150,000 to make.