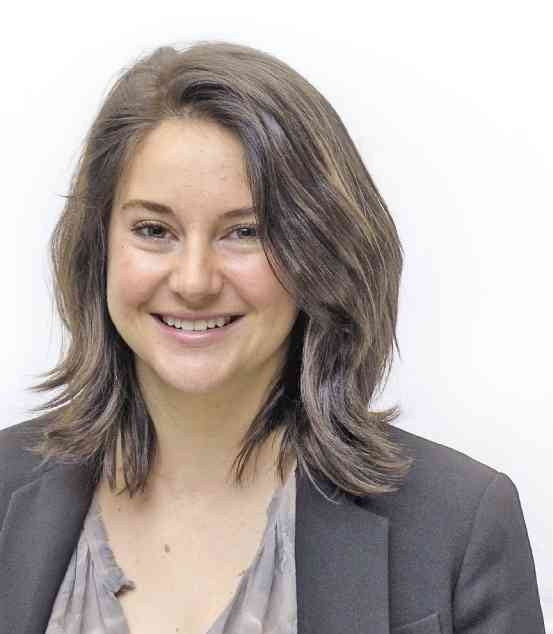 LOS ANGELES—“Why wouldn’t I be happy for anyone who has success?” Shailene Woodley said when asked about her friend Brie Larson’s recent Oscar best actress win. Shailene and Brie were the final two actresses considered for the role.

The actress, casual in a jacket, Raquel Allegra top, Rag & Bone jeans and Cole Haan shoes, is back as strong-willed Tris in the third installment of the four-part “Divergent” movie series. She said her hair’s darker hue was for HBO’s limited series, “Big Little Lies,” where she, Nicole Kidman and Reese Witherspoon play moms whose seemingly perfect lives begin to unravel.

In director Robert Schwentke’s “The Divergent Series: Allegiant-Part 1,” Tris must escape with Four (Theo James), beyond the wall that encloses Chicago to discover the shocking truth of what lies behind it.

Candid and thoughtful at interviews, Shailene told The Hollywood Reporter in 2014,

“I fall in love with human beings based on who they are, not based on what they do or what sex they are.”

You and your friend, Brie Larson, were the final two actresses considered for the role in “Room.” Brie went on to win an Oscar for the role. Can you talk about your friendship?

The role was something that I never really considered, because I was pretty sick at the time. I was in the middle of doing “Insurgent” press. I was too overwhelmed and busy to be able to take on another project.

I am so happy for Brie. We should all be happy for people who are successful.

In our previous interviews, you said that you live out of a suitcase. Has that changed?

I have not settled somewhere. I am still living out of a suitcase.

But do you look forward to having your own home?

Yeah, a home would be lovely. But if I were to get one now, I know that I will be filming in

Atlanta for a few months later this year.

After these movies (“Divergent” series) end, it would be more ideal and realistic to look for a place.

How do you feel about appearing in a franchise like this, instead of standalone movies?

I don’t know if I like it better or worse. It’s nice to have the consistency, because you have a sense of comfortability that you don’t have when you come into a new project. You don’t know anyone yet. When you return to the same group of people each year (in a franchise movie), not only do you return to that comfortability, you also return to an experience that allows you to grow together.

Not at all, because the characters grow and evolve through the years, just as we do as human beings. Every day, we wake up and we’re a little different based on our external environments. So, it never feels monotonous.

If you had the opportunity to avail of the futuristic elements in the movie, like memory tabs that enable you to relive your own family’s history, would you use that?

Of course, you want to time travel, but there are many things that come with that. If you could go back in time and accurately, memory tabs would be a great way for people to do that. It’s like couple’s therapy because you can go back to a situation. He said this, she said that, he’s an *sshole, she is that.

When in reality, this person did this and this person did that. Then, we create stories around the situation. So, the memory tabs could be very useful in helping us take away the labels from any situation and just be given the truth of what actually went down.

Would you like to see your mother or father’s memory tabs?

Maybe I’d like to see some of my ancestors’ memory tabs, like those of some great-great-grandmas to examine what the world was like back then. And how they felt their way through their life experiences with the world looking so differently—and without the technological advancements that we have today.

You’re playing a mother in the TV series, “Big Little Lies.” What have you learned from your own mom (Lori Woodley)?

She’s a master Jedi—she is incredible!  My mom is the most selfless, empathetic person I know who also has the ability to retain her integrity and personal self-empowerment. That is hard to do.

It’s hard to find the balancing act between being an empathetic person, yet retaining your sense of strength and boundaries. She has done a beautiful job of marrying those two things. That would be the biggest thing that I take away among

everything my mom has taught me. 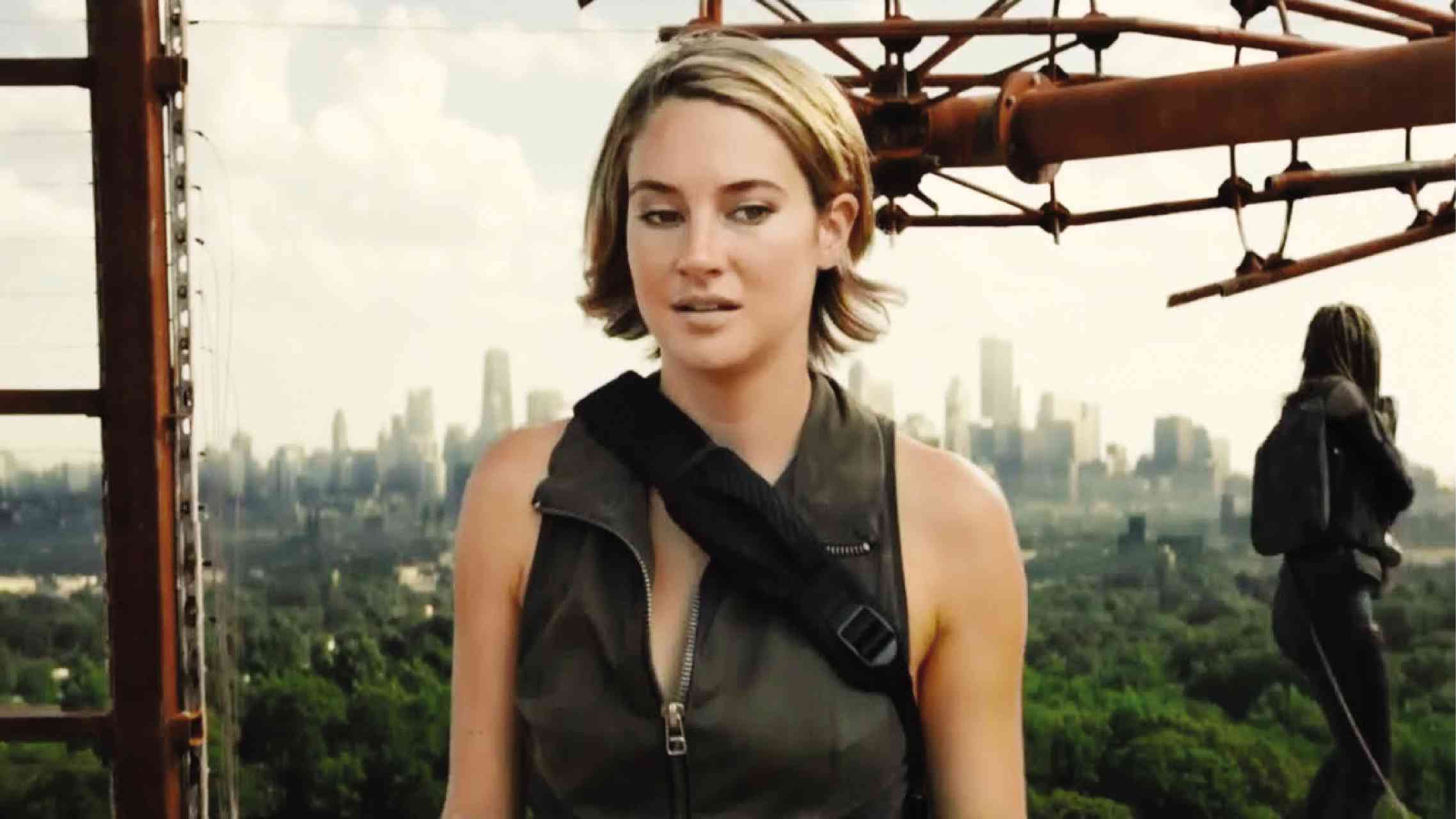 You were 4 years old when you began commercial modeling, then acting. What are the pros and cons of that?

I feel really lucky. I never knew that it was a career, because it was something that was just a lot of fun. I’m passionate about it, and it feels like an art form. Being a child actor depends on your parents.

I was fortunate to have parents who supported me in what I wanted to do, but never pushed it on me. I know a lot of people who were child actors and had the opposite experience, where their parents pushed it upon them. They don’t act anymore, because it was never something that they developed a passion for. It was never for them—it was to appease their parents.

You star in “Snowden” with Joseph Gordon-Levitt, who plays Edward Snowden, the CIA employee who made history by releasing thousands of classified National Security Agency documents to journalists. Do you think he’s a hero or a traitor?

We all define the words “traitor” and “hero” differently. So, that is a sticky situation to step in. I will say that being 24, thinking of having kids and what that would look like in my future, do I want to have kids and bring them into this world with all that stands today, with the wackiness that is unfolding?

I am grateful that the information that Edward Snowden has released is out there. It’s important to empower ourselves. If the government is able to watch what we’re doing, why shouldn’t we know that that is going on? That’s part of our basic human rights—the right to privacy, to know that the “truth” that is being delivered is actually the truth, the whole truth and not just part of a truth.

You play Lindsay Mills, Snowden’s girlfriend. Did you contact Lindsay?

I did get in touch with Lindsay Mills. She’s incredible! She is a little wonder woman. She lights up the world. She is constantly learning, growing and expanding in her own process. I met Lindsay in Washington, DC because we were filming out there.

Tris is going to fight for her home. What are you fighting for?

I am fighting by just asking all of us to come together. I know I keep saying climate change, but it’s very real.

And just trying to show up each and every day and do something to help a little bit—whether it’s demanding equal pay or equal work for women, or talking about climate change, recognizing Native American nations and the s**t that the government has put them through for so long.