A mole swears that Retired Celebrity is rolling in dough.

RC, who shacked up with Controversial Personality ages ago, never had the chance to make a dent in show business. Still, RC somehow amassed (ill-gotten?) wealth—courtesy of CP, no doubt.

RC and WC are neighbors in the same fabled area, that’s why.

Now, the harder question: Where did RC get the moolah to purchase said multimillion acquisition?

File under O for Obvious ba!

Rushes spy was having a leisurely conversation with Industry Veteran.

Talk turns to Pretty Starlet, who was once IV’s pet. IV mindlessly mentioned that PS was involved in a torrid affair with Scandal Magnet.

Problem is, SM is married to Pugnacious Celeb.

What a big surprise!

Screen Villainess is just as nasty away from the cameras. (Insert sarcastic smirk here.)

Apart from poor housemates, former lovers have been complaining that SV can be verbally and physically abusive.

No wonder Handsome Beau had to skip town when their affair went pfft. HB had to scamper as far away from SV as possible.

Video of the week

Once again, yet another salacious video of a male celeb is making the rounds in the gay circuit.

It’s perplexing why someone as gorgeous as SS, who can very well hook up with anyone (female, male or whatever) he wishes, would fall victim to such a scandal.

Apparently solo, webcam videos are not limited to the lonely and homely.

Beleaguered Hunk is back on the meat market.

BH was once the favorite of Rich Gay. But RG soon dumped BH after meeting Charming Cutie.

Feeling abandoned and betrayed, BH was forced to return to his old sideline—peddling flesh.

Alas, BH had to drastically decrease his talent fee.

BH is no longer in demand, but his lavish lifestyle and vicious vices leave him no other choice but to turn tricks. 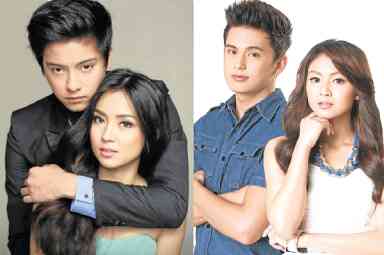