War of Kylies: Minogue hits back at Jenner trademark bid 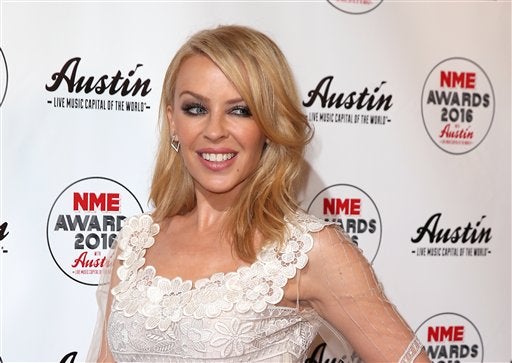 NEW YORK— Is there room in the world for more than one famous Kylie?

A company around 18-year-old model Jenner asked the US Patent and Trademark Office to register “KYLIE” in capital letters for use in advertising.

The bid did not sit well with Minogue, whose best-known song, a cover of “The Loco-Motion,” was released in 1987, 10 years before Jenner was born.

“Hello….. My name is KYLIE #lightyears,” Minogue tweeted on Sunday, alluding to the title of her 2000 album.

In an objection lodged with the US patent office, Minogue’s representatives said that the 47-year-old singer has sold more than 80 million records and has had the website “www.kylie.com” registered since 1996 at the dawn of the Internet era.

Minogue’s representatives said her first name was widely known, stating that “the Kylie effect” came into popular usage after the singer’s 2005 breast cancer diagnosis inspired women to be checked.

Minogue’s side diminished Jenner, charging in the filing that she was best known for her “photographic exhibitionism and controversial posts” on social media.

“Ms. Jenner is a secondary reality television personality who appeared on the television series ‘Keeping Up With the Kardashians’ as a supporting character to Ms. Jenner’s half-sisters, Kim, Khloe and Kourtney Kardashian,” it said.

READ: Kylie Jenner Not Content With Being a Beauty Mogul, Launches Culinary Show

The filing said that a trademark for Jenner, if successful, could damage Minogue who has already used the name “Kylie” for a range of goods she sells including perfume, jewelry and her music.

The name has multiple origins. It is most common in Australia, where it is said to derive from an aboriginal word for boomerang, but is also a female version of the Gaelic name Kyle.

Kylie was the 73rd most common name for newborn girls in the United States in 2014, down from a peak of 49th in 2004, according to the Social Security Administration.

The case was earlier reported by the World Intellectual Property Review trade publication.