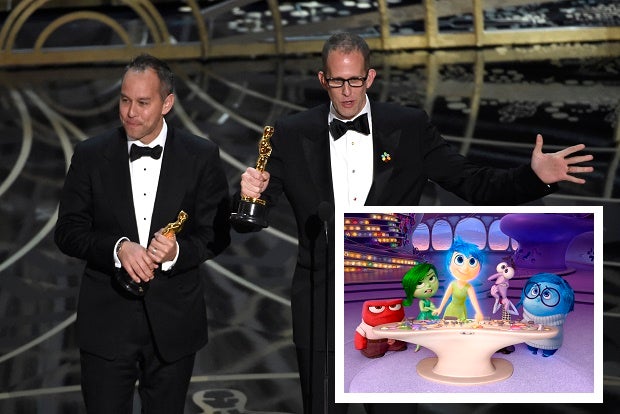 Jonas Rivera, left, and Pete Docter accept the award for best animated feature film for Inside Out” at the Oscars on Sunday, Feb. 28, 2016, at the Dolby Theatre in Los Angeles. AP

HOLLYWOOD, United States — Pixar’s “Inside Out” is the winner of the best animated feature film Academy Award.

The film tells the story of a young girl’s emotions as her family relocates from Minnesota to San Francisco. Director Pete Docter has said the film, which mixes science with his experience, has also resonated with the parents of special needs children.

The film features an all-star vocal cast including Amy Poehler, Bill Hader, Lewis Black and Mindy Kaling. The win is the studio’s eighth in the category.