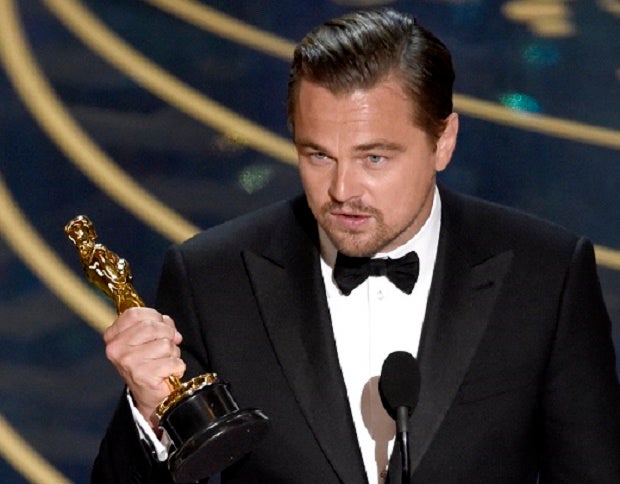 Leonardo DiCaprio accepts the award for best actor in a leading role for The Revenant at the Oscars on Sunday, Feb. 28, 2016, at the Dolby Theatre in Los Angeles. AP

HOLLYWOOD, United States — Following is the list of winners at Sunday’s 88th annual Academy Awards presented by the Academy of Motion Picture Arts and Sciences.

Animated Feature Film: “Inside Out.”

Original Song: “Writing’s on the Wall” from “Spectre.”

Documentary (short subject): “A Girl in the River: The Price of Forgiveness.”