All the general’s men | Inquirer Entertainment

All the general’s men 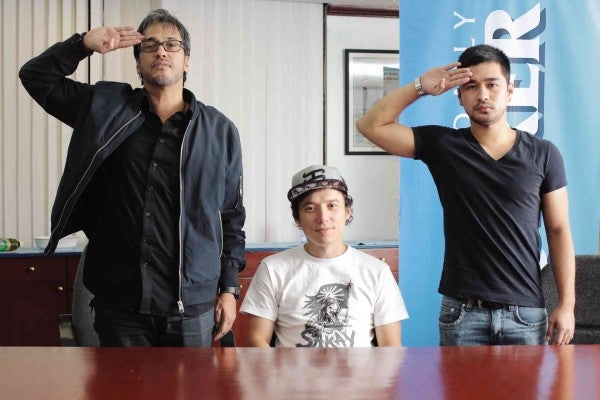 When Jerrold Tarog’s “Heneral Luna” was shown at the Inquirer office recently, as a 30th anniversary treat to the paper’s employees, three of the historical epic’s stars dropped by for a postscreening chat as well.

They have seen the movie more than once (Anson watched it at least 10 times). Anson and Quintana gladly watched it again when it was screened to inaugurate the spiffy, 60-seater art-house Cinema ’76, established by the same team behind “Heneral Luna”—Artikulo Uno, Buchi Boy and Tuko Films. (Cinema ’76 is at 160 Luna Mencias St., San Juan.)

The three actors, who auditioned for their respective roles like the rest of the cast, are still slightly bemused by the hype and hoopla—but they are keenly aware of the movie’s importance to, and impact on, filmmaking in particular and Philippine society in general.

Were you surprised that “Heneral Luna” was a hit?

Alvin Anson (AA): We were all taken aback.

Epy Quizon (EQ): I never thought it would become a hit. We couldn’t believe it at first. On the first week, we were all depressed.

AA: In the first few weeks, only students watched it with us in the theaters.

Jun Jun Quintana (JQ): We never thought it would click with the audience. We took a big risk in making a historical film. We were glad that it did well.

When did you notice the turnaround?

EQ: We realized it was doing well when we started receiving invitations for all sorts of engagements. Every day, we had an invitation to attend this or that event. Bosses of big companies, who used to ignore us, started having selfies taken with us.

JQ: Two weeks after it opened, I found out on Facebook that it was getting a lot of attention from people.

AA: We really have to thank the people on social media. They were the ones who made it a hit. The movie was already pulled out by some cinema chains, but it was brought back when it exploded online. And it was shown in theaters for nine weeks!

Is it true that someone asked you why Mabini, the Sublime Paralytic, was always seated in the film?

EQ: Yeah! I was in a Persian restaurant and young fans asked me who Mabini was… Days later, a similar meme was posted online, asking why Mabini was always seated in the movie. I just had to write a comment on Facebook. It gave a negative impression of our educational system. Then, it became a big issue and reached President Aquino.

Hats off to Brother Armin. In his speech, he acknowledged that there was a problem, and that it was everyone’s concern—not just the educators, but every Filipino should get involved. It’s our responsibility to teach the youth about our history.

Is that the reason to keep making historical films?

AA: What was equally important was the approach of Jerrold… The storytelling was modern and not boring. At the end of the day, it has to be entertaining, too. Otherwise, it might look like a documentary.

EQ: The secret was the characters were not put in a box. We saw the people behind the heroes. They were humanized. And the language and humor were very Filipino.

JQ: We should know about our past so we would understand the present condition of our society.

JQ: We rehearsed Rizal’s execution scene a day before the actual shoot. It went well naman. Very fluid. The most complicated part was the timing of the gunshot. But we were able to execute it properly. It was the cameraman who got tired, because it was a long, continuous shot with no cuts.

EQ: I didn’t really have to prepare, because Mabini is one of my childhood idols, along with Rizal and Andres Bonifacio. I am a chess player and for me, Mabini was the best strategist during the revolution.

AA: As early as the audition phase, I saw that things were very organized. We were even asked to sign a nondisclosure form—to keep the process a secret.