These ‘Criers for Hire’ will make you laugh… and cry 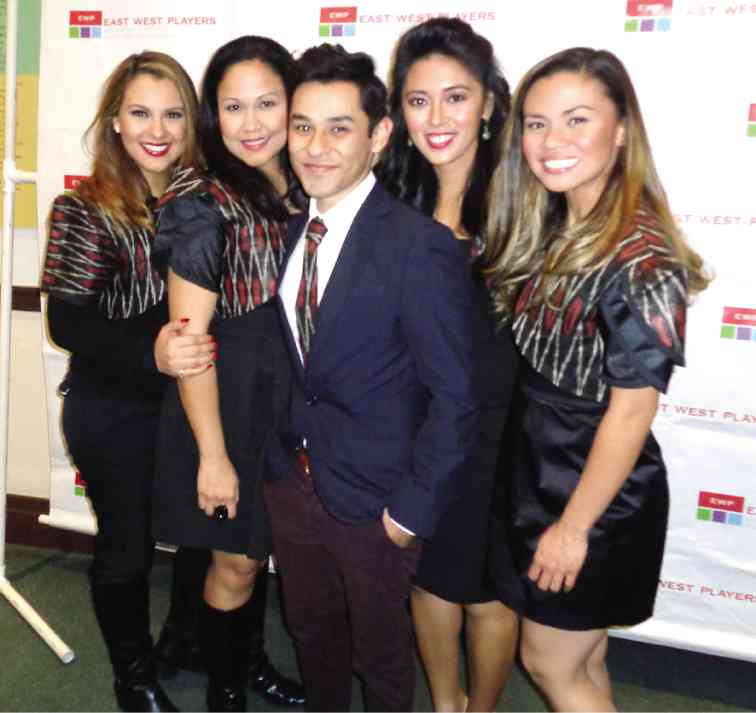 LOS ANGELES—The women may be “Criers for Hire,” but they made us all laugh and, OK, many in the audience cried a tear or two. In Giovanni “Gio” Ortega’s well-observed new play that world-premiered in LA, Giselle Töngi, Joan Almedilla and Samantha Cutaran are Filipino women who mourn for pay in Monterey Park, the predominantly Chinese suburb in Southern California.

Although the East West Players production, solidly directed by Jon Lawrence Rivera, mines the humor in the Chinese tradition of hiring professional mourners at funeral parlors, it’s first and foremost a spot-on, hilarious illumination of the Filipino immigrant experience in America.

Meding (Giselle) employs Baby (Joan) and Henny (Samantha), who join her in bawling—the louder and more hysterical, the better—at funeral homes to show that a deceased family member was well-loved. It’s one of Baby’s several jobs that enabled her to finally bring Gaya (Nicole Barredo), her teen daughter living in the Philippines, to the United States.

Gaya, who was raised by her grandmother back home, has to adjust to life in the United States, including having a physically present mom. She finds kinship in a high school classmate, Narciso (Rudy Martinez).

Giovanni’s gift is hilariously tapping the details of Pinoy life, circa early 1990s, in Uncle Sam’s land. I found myself nudging my wife Janet several times as we both laughed at the all-too-real lines and situations, like the child correcting her parent’s mispronunciation of English words, being played out on the stage of the David Henry Hwang Theater in LA’s Little Tokyo.

The Filipino immigrants’ kinship with the Latinos, embodied by Narciso, is also well-played. Like Gaya, Narciso, who clarifies to her, “I am not Mexican; I am Colombian,” also had to assimilate into American society. Still, they both like adobo and afritada, and share a passion for music.

It’s to the credit of Giselle that even though she deliberately plays up her mestiza Pinay Meding, she reminds me so much of a cousin of mine who’s also an immigrant living in LA. You’d think that Giselle studied my beloved cousin Sonia, but they’ve never met.

Joan’s immigrant mom, who holds two to three jobs—and who doesn’t know or have an adult Pinay friend named Baby—draws laughter as well as tears. The actress sings a moving, stunning ballad toward the end that made many audience members cry real tears.

Samantha, as a boy-loving, US-born Fil-Am, and Nicole, who typifies the new immigrant suddenly thrown into a new culture, are equally effective. Rudy rounds up this well-chosen cast.

Bravo to the East West Players, which is celebrating its 50th anniversary as the premier Asian-American theater organization in the United States, with Tim Dang as its producing artistic director. 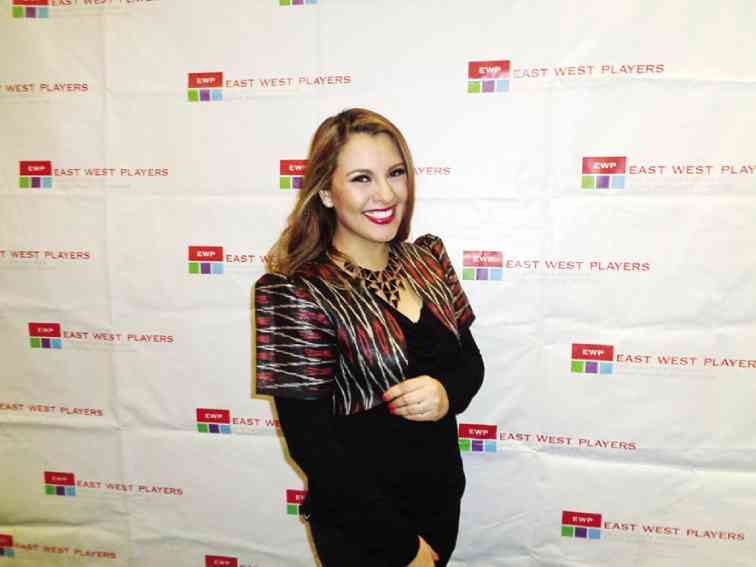 “Criers for Hire” runs till March 13. More information is available at eastwestplayers.org. The following are excerpts from our interview with the “crying ladies”:

When was the last time you cried in real life?

Giselle Töngi (G): In November of last year, I believe. I was leaving Manila for Los Angeles and saying goodbye to my mother, who still lives in the Philippines.

Joan Almedilla (J): A few days ago. A close family friend passed away from lung cancer. And I was notified of a grand-auntie’s ovarian cancer (stage 4).

Samantha Cutaran (S): The last time I cried was when my brother became a father, and I became an aunt. Tears were flowing down his face. It was so touching to see him so vulnerable and full of joy at the same time.

Nicole Barredo (N): Unlike Ligaya, I cry all the time, even when I don’t listen to Tears for Fears (pun intended—come see the show!). I cried yesterday because I have been stressed out about so many things.

What scene or dialogue in the play resonated with you the most as a Filipino immigrant or someone whose family emigrated from the Philippines?

G: The letters that Ligaya reads in the show get to me because my mother would write me when she was traveling for work when I was a girl.

J: The scene where Baby picks up Ligaya from the airport. I remember when my mom did just that. My mom, plus friends and relatives, welcomed me at my arrival in the US. It was February 1993 in New York. Except we didn’t have Thai food. The first meal I had was monggo guisado (with rice, of course). I joked about it because it was the same meal I had right before I left the Philippines.

S: The scene that resonates with me the most is the “fight scene” between Ligaya and Baby. I have definitely had a similar “conversation” like that with my own mother, so I can relate.

Like my character, Henny, I was born in the United States and my parents emigrated from the Philippines. I know what it’s like to have that cultural barrier. I have experienced some of the communication difficulties Ligaya and Baby faced.

N: What always resonates with me is the line, “I don’t even know who I am anymore.” As a teenager, when I first moved here, I always felt that need to fit in, to the point where you can lose your identity.

What did Jon Lawrence Rivera bring as a director to Giovanni’s script?

G: Because of Jon’s direction, I was able to craft Meding’s character to be three-dimensional, despite the dramatic and comedic moments. Meding is a woman with her own demons.

J: So many elements. But Jon asked the most detailed questions to our playwright and the cast.

Aside from the fact that he had the whole vision (meeting with the crew, suggestions for music transitions, costumes, lighting and so on), Jon made sure that everything we did (and still do) onstage is from an honest place, even with Giselle’s slightly exaggerated style of Tita Meding.

S: Jon definitely had a strong vision of how he wanted to tell Gio’s story. He wanted to do it in the vein of “Jane the Virgin” or a telenovela. In the Philippines, a lot of the acting tends to be heightened, so he wanted to share that part of our culture.

Jon wanted to make sure that everyone was on the same page, that everything made sense.

N: Jon is an amazing director! He was a great captain of the ship, helping us find our characters’ essence and really helped us breathe life into the different Filipino women in the story. I loved his “actor’s director” approach where you can really ask him questions and pick his mind.

Many of you worked various jobs when starting acting gigs. What’s your most interesting “regular” job?

G: Not many people knew that I was a leg and eye model before becoming an actress in the Philippines. I was hired to just be the leg talent for a beer ad and eye talent for eye drops. After moving to America, I also worked as a bartender when I was auditioning for parts in New York and LA.

J: I worked as a passenger service representative for American Airlines at John F. Kennedy Airport. It’s like being an on-ground flight attendant. I was in college. This was a few weeks before I was cast as Kim in “Miss Saigon.”

S: I used to work in a tanning salon. They would elect someone to dress up in a bunny costume and twirl a sign on the street, hoping to bring in more costumers. I didn’t mind doing it. I’d bring my Walkman, listen to music and dance my tail off while waving the sign.

N: I was a preschool teacher for children who only spoke Hebrew. The language barrier was very tough. It was hard to communicate with parents and the kids.